The 2015 Review Process of the EU’s European Neighbourhood Policy 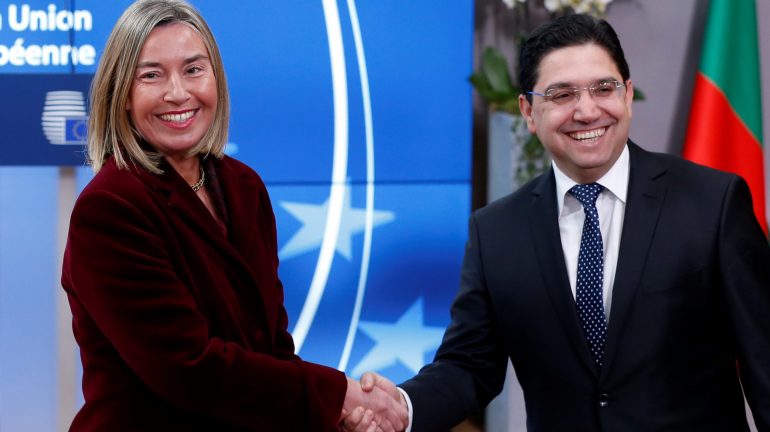 The European Neighbourhood Policy (EN P) supposedly the EU’s most important foreign policy instrument – has been exposed to changes from within as well as from outside ever since it was initiated in 2003/20 04. Its most recent revision took place in the first half of 2015 in response to a neighbourhood that is currently perceived as a “ring of fire” by policy-makers both in Brussels and EU member states’ capitals. In contrast to the 2011 review of the EN P, the 2015 review followed an inclusionary approach in the sense that it was rooted in input by governmental and non-governmental actors from within the EU and the neighb ourhood – East and South –, active policy entrepreneurship of individual EU agents, as well as participation of all EU member states. What are the main factors that drove the 2015 review and how were policy preferences of the different stakeholders communicated and coordinated across the different levels of EU governance? What is the ontology of the 2015 review? What is the outcome of the review? Drawing on the empirical material of the 2015 ENP review, it is argued that the perception of crisis in the various governance levels involved in revising the ENP facilitated a joint effort to advancea limited number of substantive preferences and to coordinate among governance levels to reach a common position on a very limited number of policy priorities. This resulted in the adoption of a “new” ENP that is marked by decreased ambition and the abolition of the EU’s hitherto existing democracy promotion agenda.

The 2015 ENP review was for mally initiated by Commission President Juncker and Vice- President Timmermans through their 4-page letter sent on 12 November 2014 to the presidents of the Europe an Parliament (EP) and the Europe an Council, the Italian EU Presidency, in which they outlined their priorities for the new Commission. However, the main impetus for the review was a joint declaration by the foreign ministers of the Weimar Triangle, issued on 1 April 2014. Following Russia’s illegal annexation of Crimea, and rising tensions in eastern Ukraine and the ongoing war in Syria, the joint statement by the German, French and Polish foreign ministers was the first official release by core EU agents that expressed a sense of urgency, declaring that the ENP had to adapt to crises in the EU’s neighbourhood. This policy entrepreneurship of the Weimar Triangle is noteworthy for at least four reasons. First, it triggered all EU member states to engage in discussions and submit (jointly formulated) non-papers. Austria was the only EU member state that abstained from submitting a non-paper, or from participating in the formulation of one together with other member states, as it considered the participation of (Austrian) Commissioner for Neighbourhood Policy and Enlargement Johannes Hahn as a guarantee that Austrian preferences would also find their way into the deliberations. Second, Germany, France and Poland engaged in a sort of division of labour in what regards building coordination alliances with other member states throughout the review process. Third, EU member states resorted to old coordination patterns but also established new ones, thus bridging the long-standing north-south divide in EU-neighbourhood relations. Fourth, the Weimar Triangle joint declaration defined the broad parameters of the ensuing debate on the future of the ENP as it set the agenda for all stakeholders, generating harmonisation of their individual positions.

The high level of engagement is reflected in the written input by EU member states, which was channelled through Council Working Groups and the COREPER, and it was accompanied by high-level representation of all EU member states’ governments in foreign ministers’ meetings with both southern and eastern neighbours in April 2015 in Barcelona and Riga one month later, where neighbours were given an opportunity to express their views and preferences.

Most EU member states repeated informal coordination practices that had already been successful in the past, thus assuming their traditional ENP-related roles, such as policy entrepreneurs, veto-players, fence-sitters or even laggards. For example, France adopted the role of policy entrepreneur among EU Mediterranean member states, some of which it had been involving in the creation of the Union for the Mediterranean in 2007/2008; Poland repeated past coordination patterns from 2008/2009, when together with Sweden, Lithuania and Romania it was instrumental in creating the Eastern Partnership, and coordinated ENPrelated preferences and interests with mainly eastern and northern EU member states. In turn, this division of labour allowed Germany to elaborate independently on the Weimar Triangle statement without taking sides with either southern or eastern neighbourhood-oriented member states.

Several key non-papers hint at the ongoing existence of traditional coordination coalitions that either focused on the ENP’s eastern or southern dimension, and the so-called “10-points paper”, the “Visegrad paper”, the “Benelux and Visegrad paper in preparation of the Riga Summit”, and the joint letter by the permanent representatives of Spain, Italy, Portugal, Greece, Cyprus, Malta and France to Mogherini and Hahn of 4 November 2015 stand out. Some variance with past patterns can be observed in that individual EU member states participated in drafting several joint non-papers, sometimes even breaking ranks with supposedly “like-minded” EU members, which did not focus on either the eastern or the southern neighbourhood but addressed the ENP’s objectives, issue areas and instruments more generally.

The first conclusions on the ENP review, adopted by the EU Foreign Affairs Council on 20 April 2015, i.e. just a few weeks after the ENP review was officially launched, affirmed four priority areas that the ENP review went on to address, notably differentiation, focus, flexibility, ownership and visibility. Interestingly, the promotion of (liberal) democracy through (positive and negative) conditionality – a cornerstone of the 2004 and 2011 editions of the ENP – was deemphasised.

Subsequent discussions revolved almost exclusively around these four themes and were taken up by the European Commission’s DG Near and the EEAS, both of which were tasked to transform member states’ preferences into one common position. Throughout the review process, DG Near succeeded in dominating that process, not least as a result of a tacit agreement between Commissioner Hahn and High Representative for Foreign and Security Policy Federica Mogherini, according to which the development of the Global Strategy would be led by the latter while the drafting of the “new” ENP would be more or less a prerogative of the former. That the notion of crisis also shaped the way the Commission addressed the review process became clear in October 2014 in the context of Commission President Juncker’s “10 points” speech in the European Parliament. Moreover, it is remarkable that DG Near followed the lead given to it by the member states’ input papers, thus refraining from incorporating additional elements, even though it also put the focus of the “new” ENP on policy fields such as migration, energy and labour market development.

The final outcome of the review process can be summarised as follows:

First, the atmosphere of crisis felt both at member state and EU institution level, resulting mainly from violent conflicts in the EU’s eastern and southern neighbourhood and the refugee crisis, was widely perceived to be threatening the EU’s vital interests. Clearly, this notion set in motion the entire review process and underpinned it from the beginning up until the moment the “new” ENP was launched on 18 November 2015.

Second, the Weimar Triangle assumed the role of policy entrepreneur and agenda shaper. From their initial joint declaration published on 1 April 2014 the expressed need to coordinate positions spread throughout all EU member states. Their positions, put forward in their nonpapers, reflected an uncommonly high degree of cross-coalition coherence in terms of strategic objectives, prioritising stability and security rather than democracy in the EU’s neighbourhood.

Third, throughout the review process, close coordination among EU-level actors can be observed, especially between DG Near and the European External Action Service (EEAS) and with member states’ governments. However, the impression that the EEAS had adopted a key role in the process was more the result of the EEAS’ active marketing strategy than a reflection of what was truly happening in Brussels. As DG Near turned out to be the driving force in formulating the final communication, it put the emphasis on recycling well-entrenched practices learned during the EU’s 2004 enlargement process and repeated in subsequent revisions of the ENP.

Fourth, even though the 2015 ENP review is widely considered an open and inclusive process, thus potentially generating new ideas and preferences, only a limited number of priorities were discussed and put into the “new” ENP. Undoubtedly, this has made the “new” ENP more coherent when compared to the 2004 and 2011 editions, but its focus on security and stability, as well as economic cooperation, and cooperation on migration and counter-terrorism, in conjunction with offering southern and eastern neighbours greater ownership, has led to a suppression of the principle of conditionality. Thus, while the abolition of the past centreperiphery approach is a welcome development, it comes at the expense of the EU’s ambition to display transformative power in the space beyond its external borders. Clearly, this is a major step back and a serious blow to reform actors in the EU’s neighbourhood as it symbolises that the EU prioritises working with and even strengthening non-democratic regimes, naively believing that making them more “resilient” fosters the EU’s own security and stability. 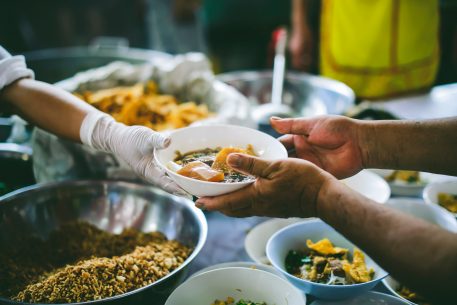 Social Protection Reforms in the MENA Region: Possibilities and Challenges

This paper reviews the weaknesses of the social protection systems in the MENA region that were made evident by the COVID-19 pandemic, and identifies challenges and oportunities to implement reforms to achieve comprehensive solutions. 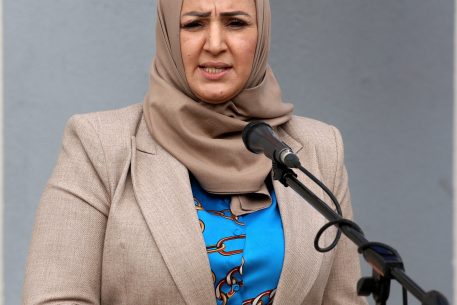 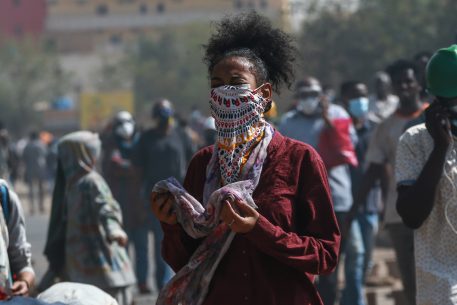