The European Institute of the Mediterranean (IEMed), founded in 1989, is a think and do tank specialised in Euro-Mediterranean relations. It provides policy-oriented and evidence-based research underpinned by a genuine Euromed multidimensional and inclusive approach.

The aim of the IEMed, in accordance with the principles of the Euro-Mediterranean Partnership (EMP), the European Neighbourhood Policy (ENP) and the Union for the Mediterranean (UfM), is to stimulate reflection and action that contribute to mutual understanding, exchange and cooperation between the different Mediterranean countries, societies and cultures, and to promote the progressive construction of a space of peace and stability, shared prosperity and dialogue between cultures and civilisations in the Mediterranean.

The IEMed is a consortium comprising the Catalan Government, the Spanish Ministry of Foreign Affairs, European Union and Cooperation, and the Barcelona City Council. It also incorporates civil society through its Board of Trustees and its Advisory Council.

The IEMed’s mission is to foster effective cooperation and partnerships between the two shores of the Mediterranean, both at the institutional and civil society level. It does so in particular through leadership and boosting of regional networks of think tanks and civil society actors in the fields of security, migration, processes, socioeconomic development, political and socio-cultural processes, gender equality and intercultural dialogue.

The raison d’être of the IEMed is to achieve the following:

The consortium led by the IEMed launches the research project CONNEKT (Contexts of Violent Extremism in MENA and Balkan Societies), funded by the EU’s Horizon2020 program and which explores the factors driving radicalization and violent extremism among young people in eight Balkan countries and the Southern Neighborhood region. 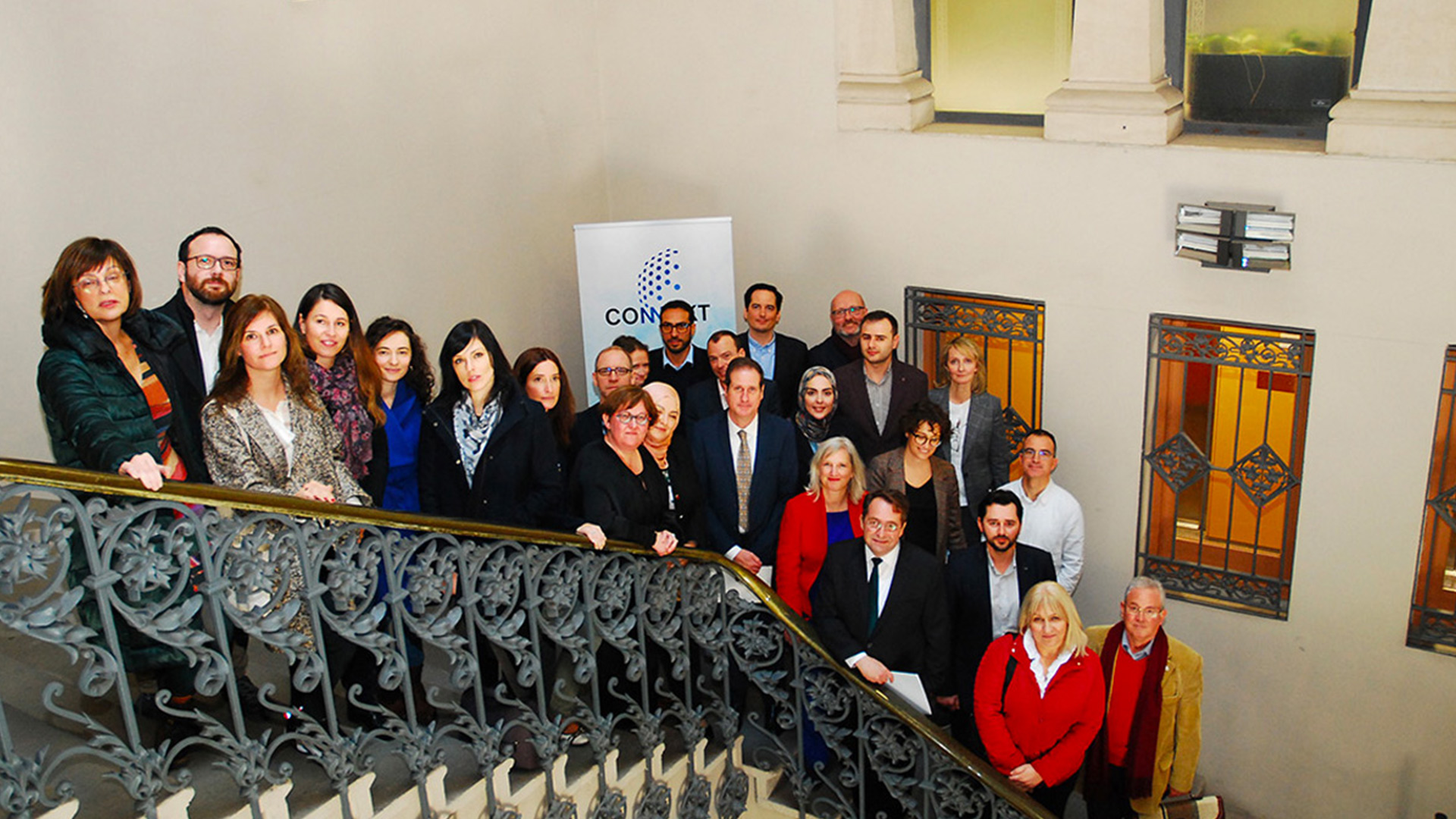 Launch of the MedThink 5+5 network, coordinated by the IEMed and comprising over 30 institutions from the 10 countries of the Western Mediterranean Forum, commonly referred to as Dialogue 5+5, to foster intergovernmental cooperation in key areas for the socioeconomic development of the region. 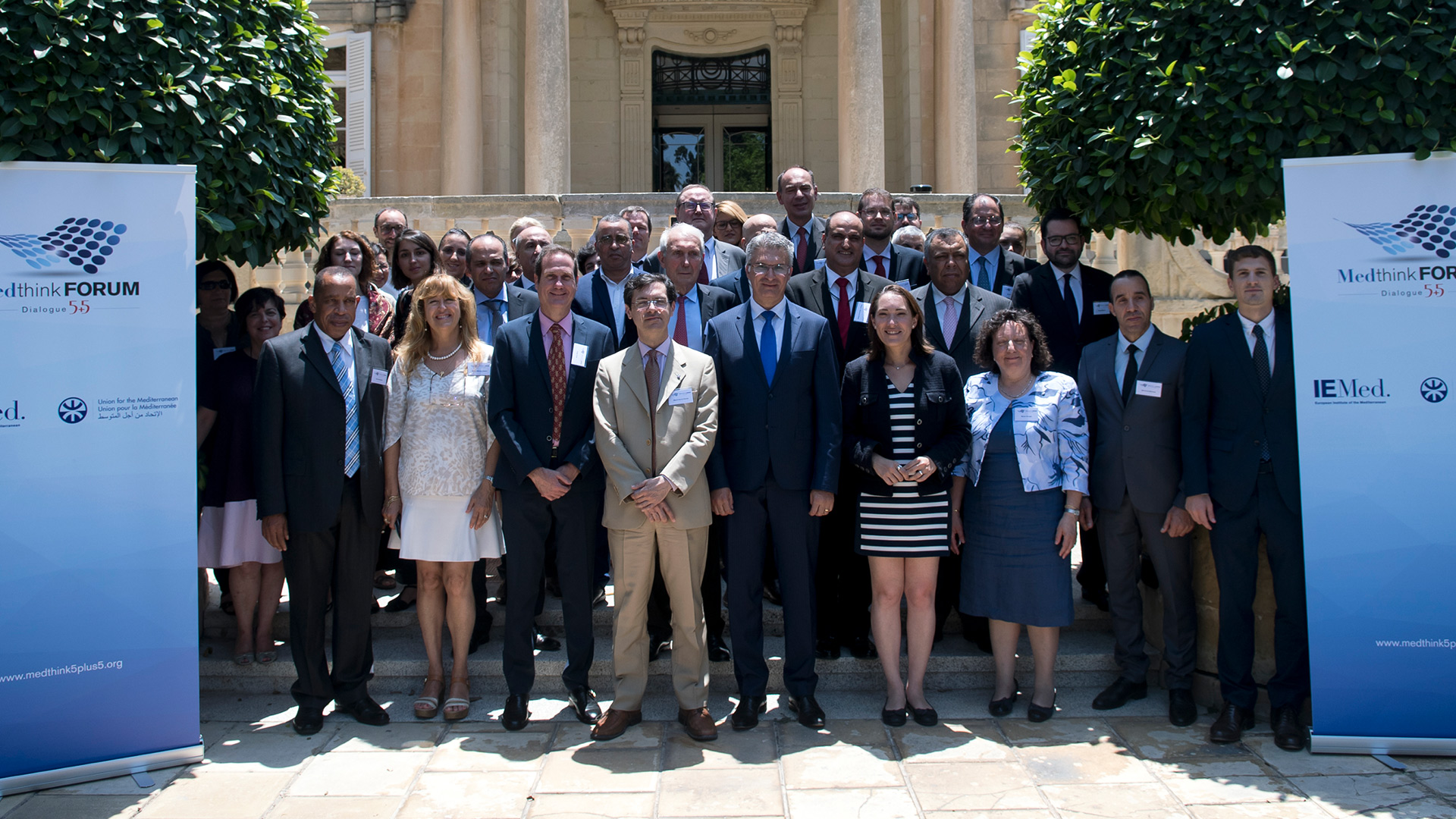 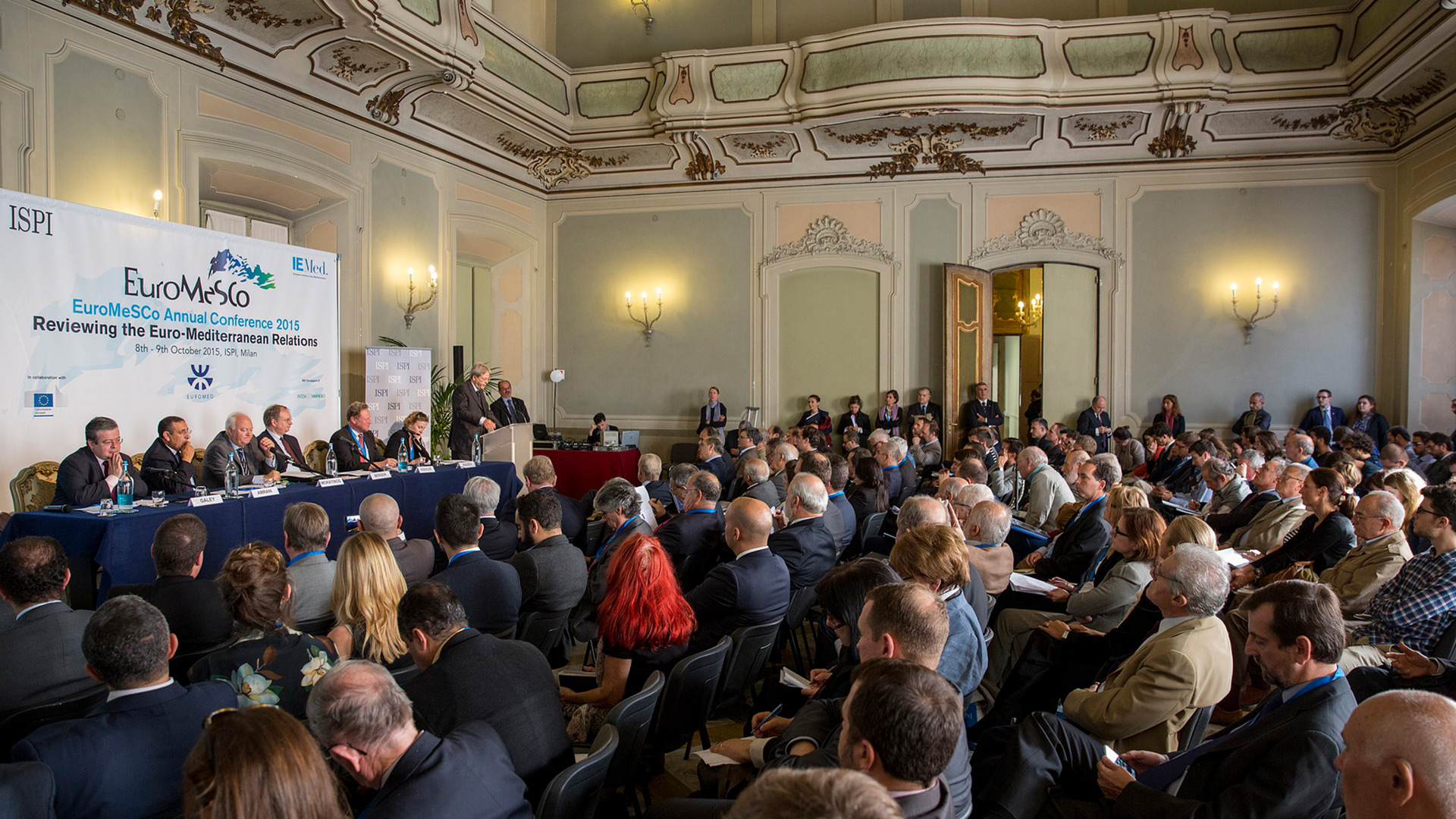 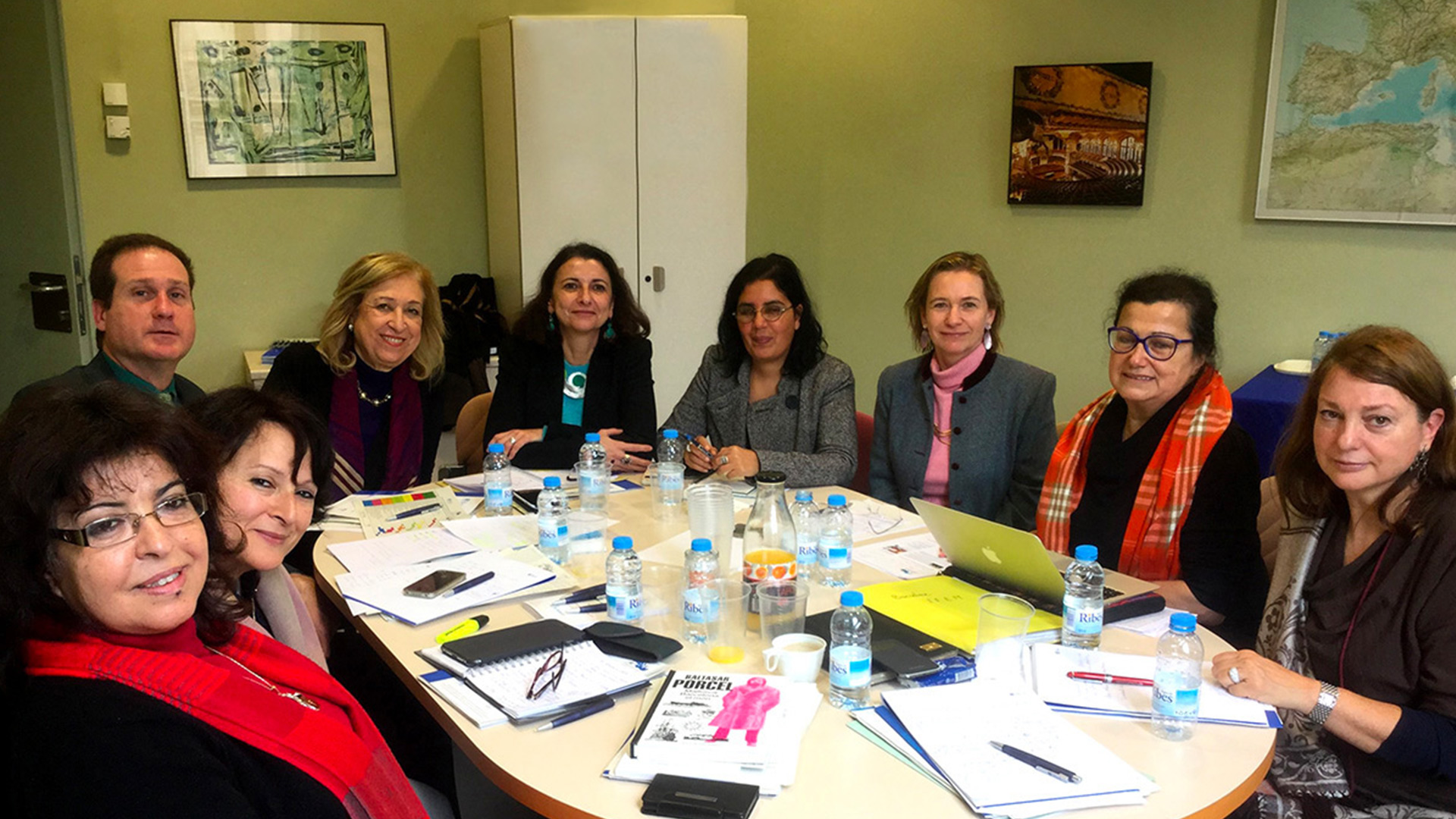 The IEMed takes on the leadership of the EuroMeSCo network, the main network of research centres on Euro-Mediterranean relations, which now embraces 104 institutes in 29 European and southern Mediterranean countries. 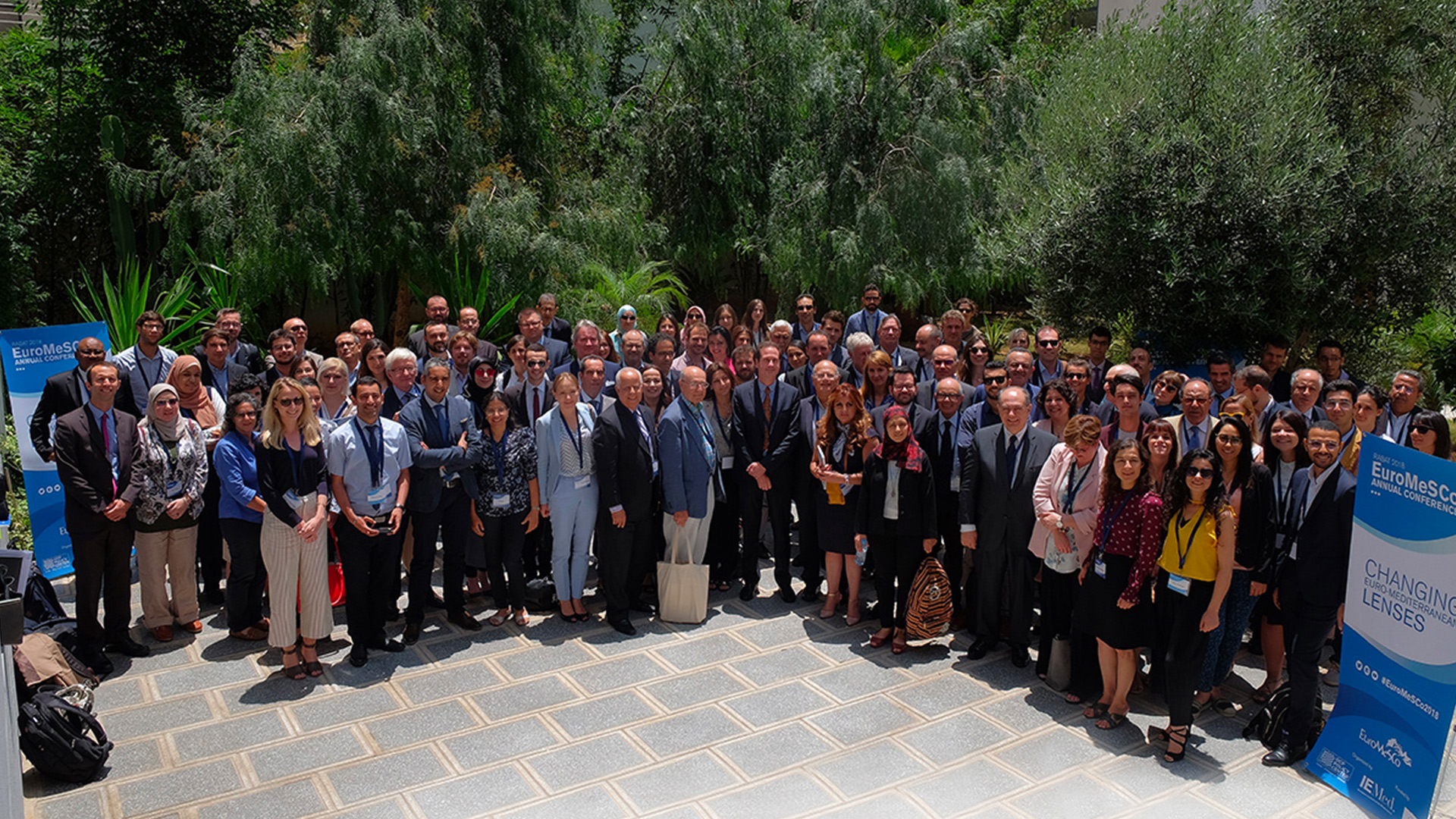 The IEMed hosts the first Anna Lindh Forum attended by over 1,000 representatives from Euro-Mediterranean civil society and organises the 3rd World Congress for Middle Eastern Studies WOCMES Barcelona 2010, bringing together over 2,000 experts from more than 50 countries. 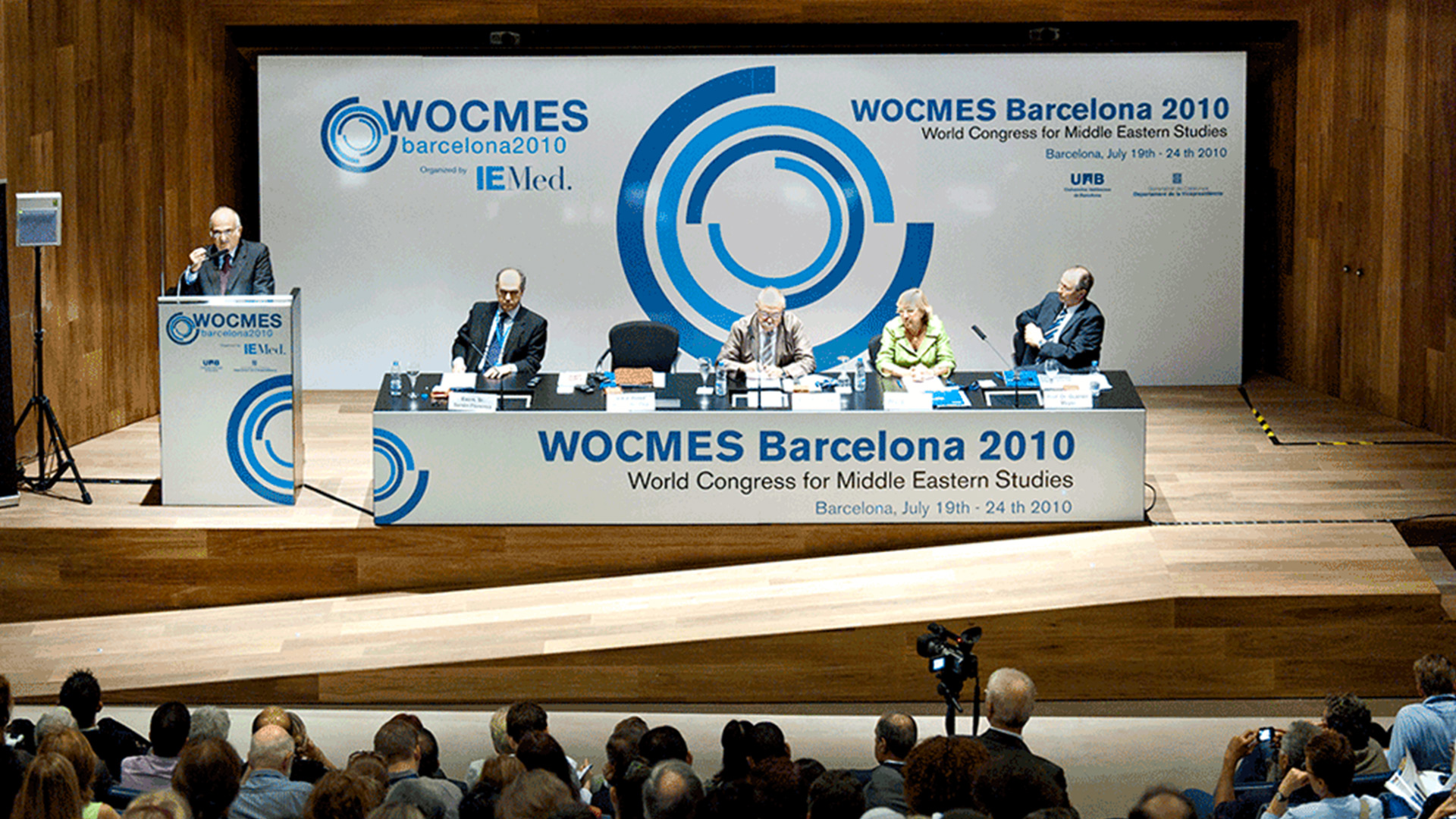 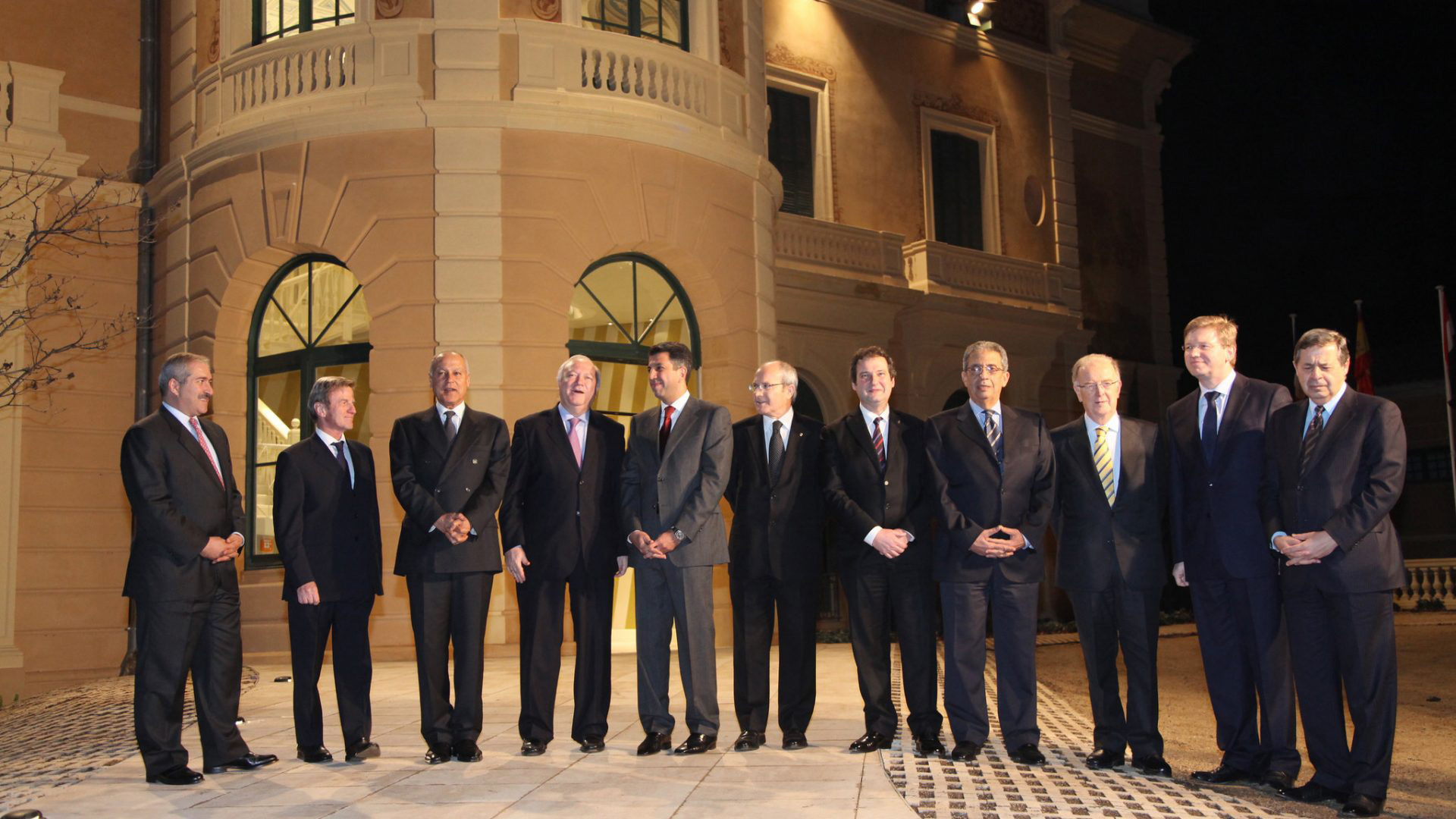 Launch of the Spanish Network of the Anna Lindh Foundation (ReFAL), the first to be established of the 43 that make up the Foundation. The IEMed has been the coordinating institution of the ReFAL since its creation. 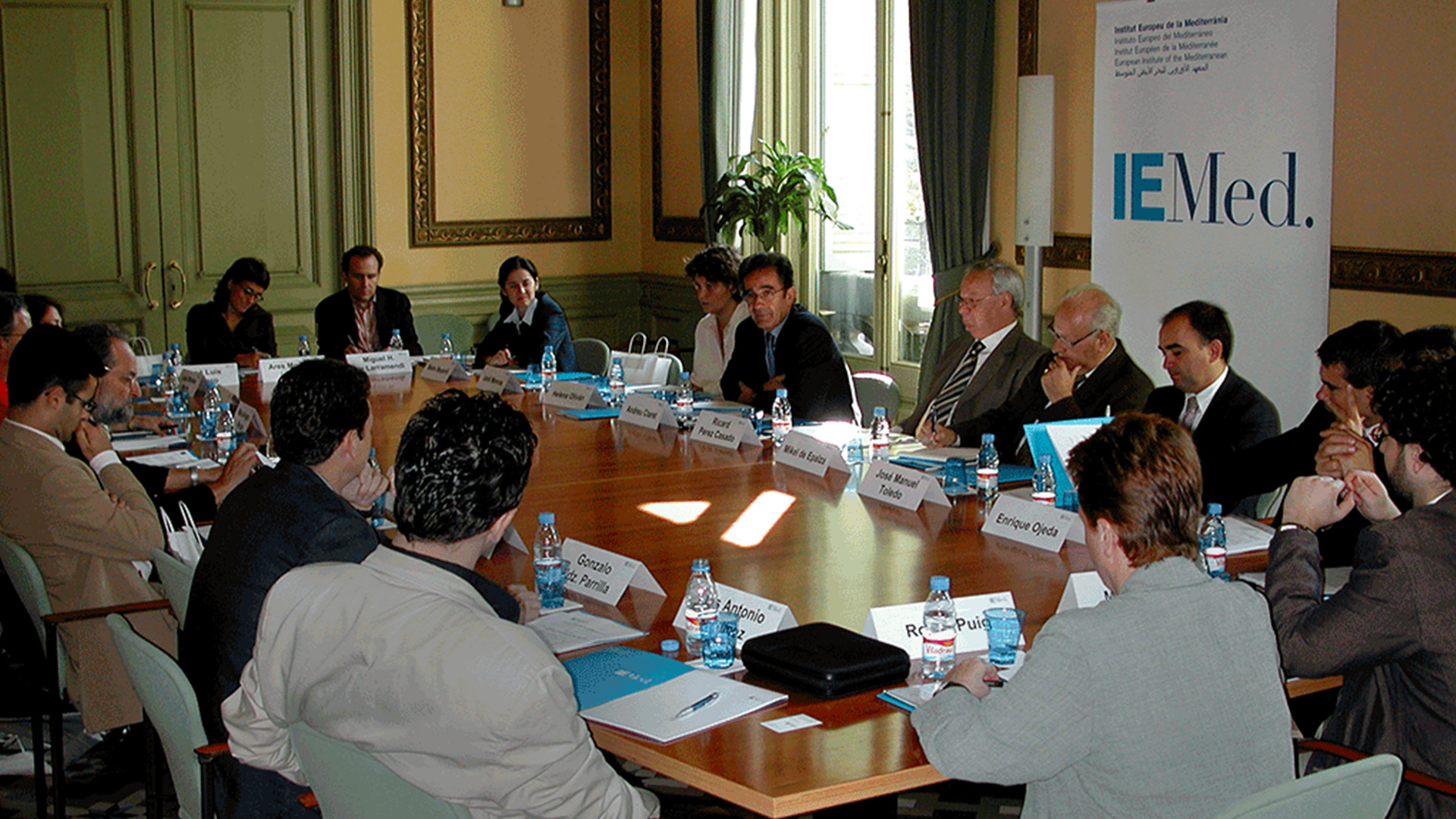 The holding of the Universal Forum of Cultures in Barcelona gives the IEMed the opportunity to organise the world congress “Human Movements and Immigration, A Challenge for the 21st Century” (HMI), bringing together over 1,500 participants. 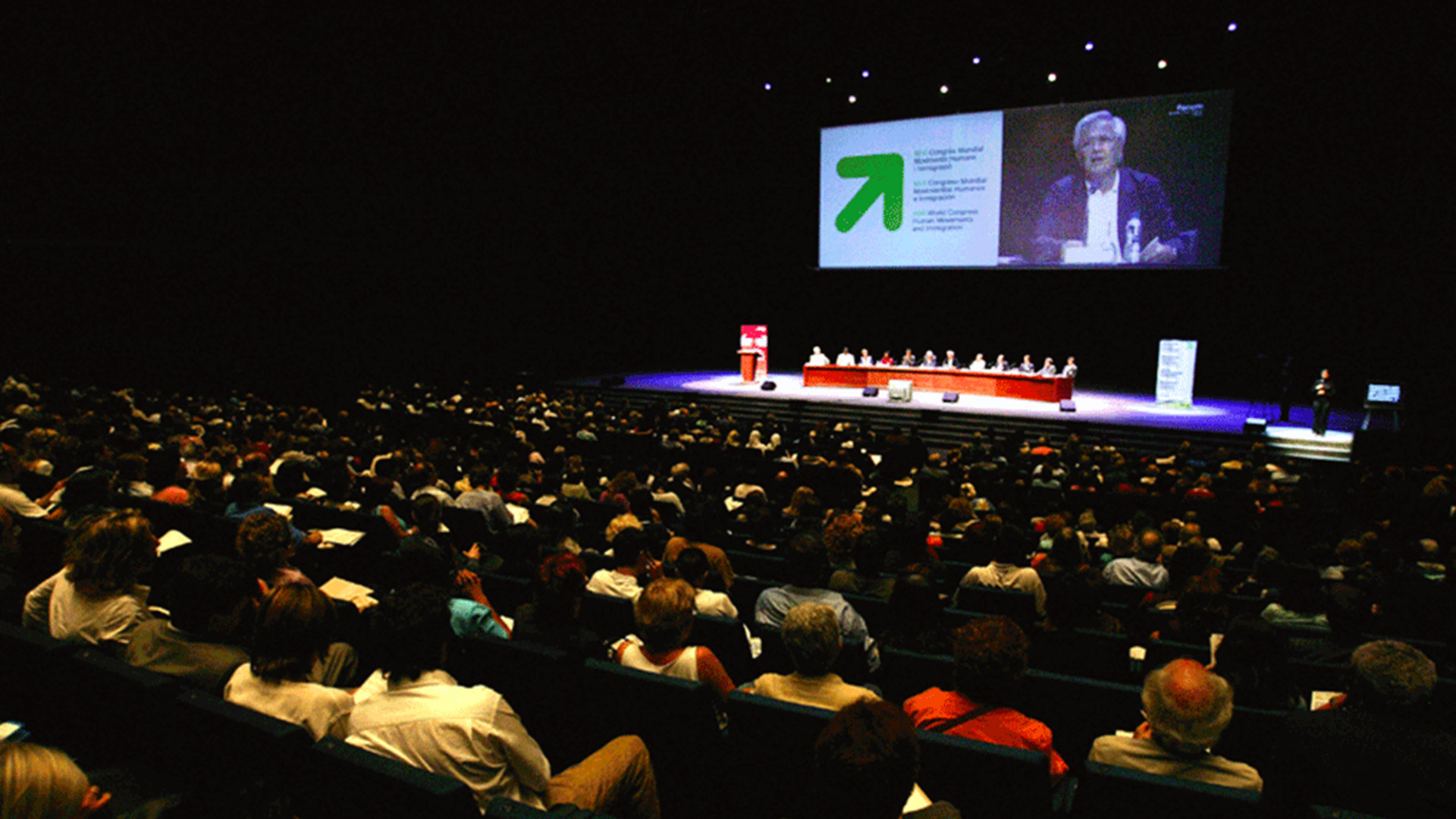 Expanding its outreach to European level

With the incorporation of the Ministry for Foreign Affairs and Barcelona City Council along with the Government of Catalonia, the Institute becomes the European Institute of the Mediterranean (IEMed). 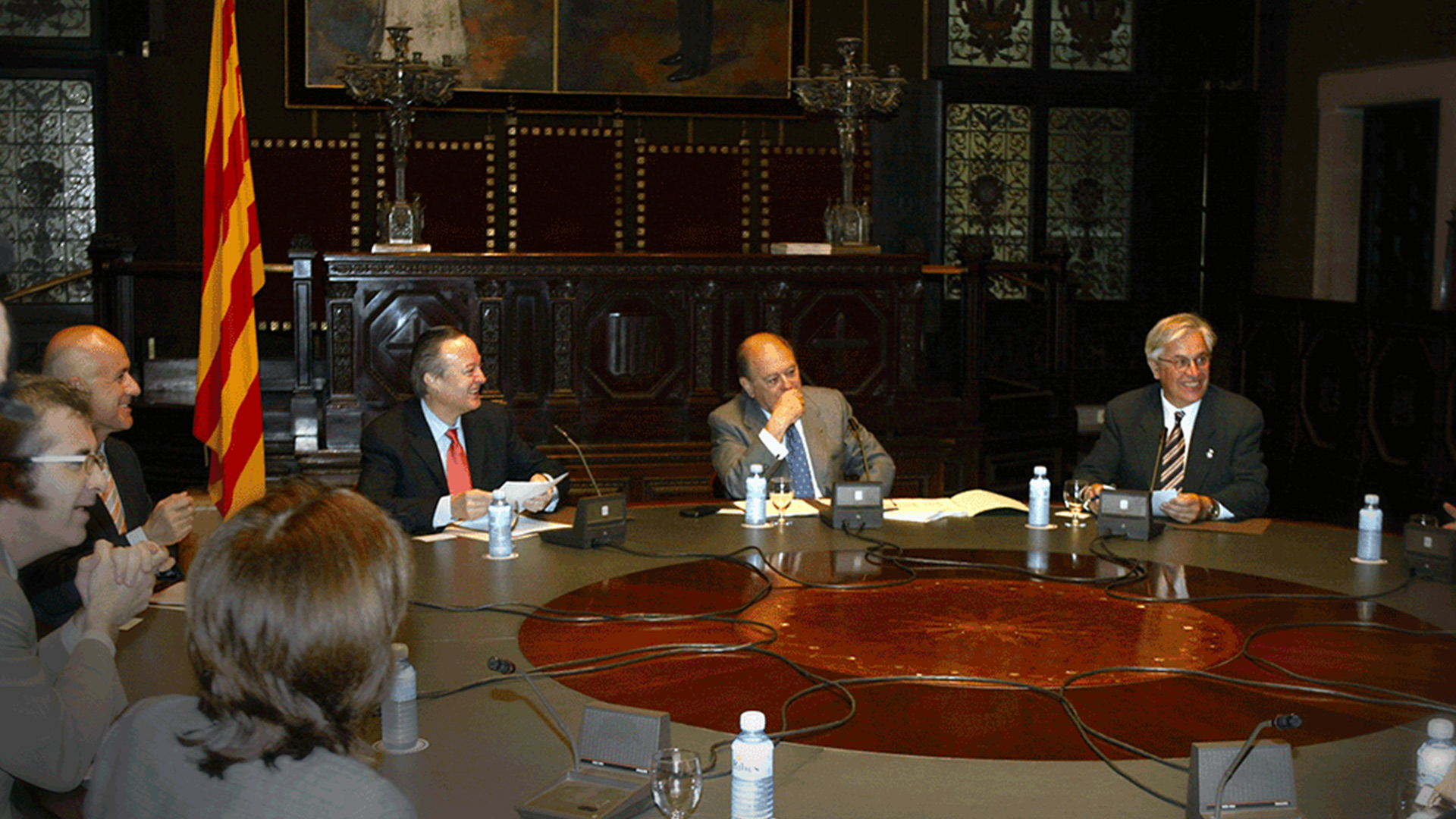 The Institute organises the first Euromed Civil Forum on behalf of the Spanish Presidency of the EU with over 1,200 participants from both shores of the Mediterranean in the framework of the 1st Euro-Mediterranean Conference between the EU and the southern partner countries. 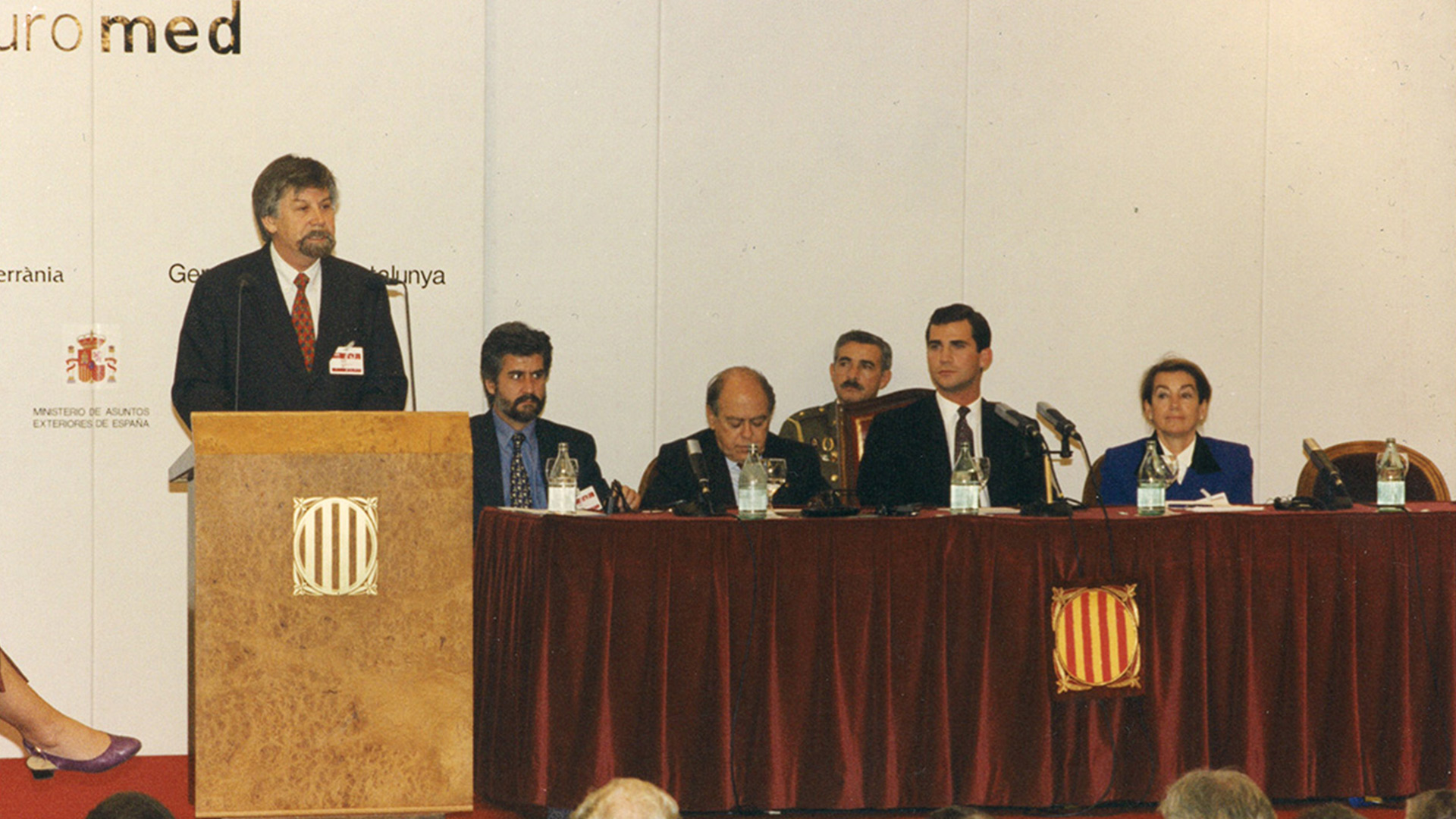 Starting to work for inclusive and effective Mediterranean agenda 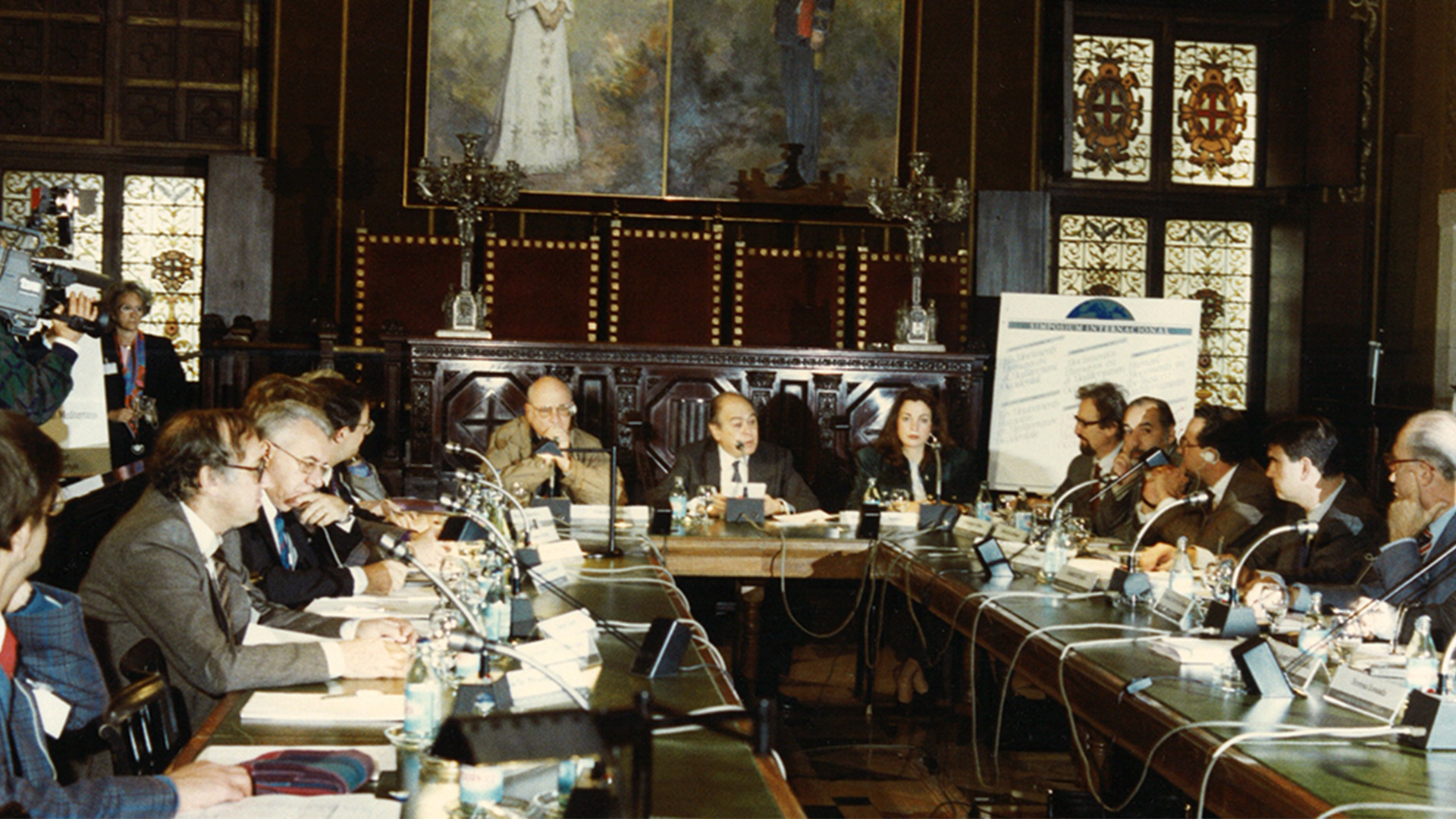 Explore our activities, achievements and impacts from the past years and learn how we pursue our mission to encourage mutual understanding, exchanges and cooperation between countries, societies and cultures in the Euro-Mediterranean area.