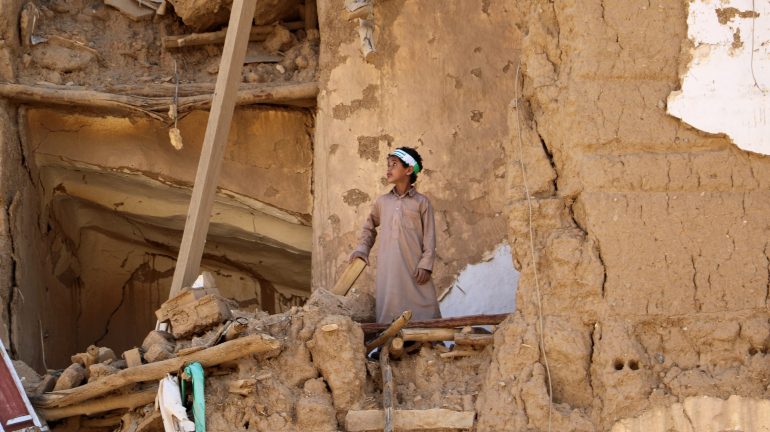 Directly after the clashes ceased, they tried to remove the rubble from the city and to conceal the traces of the war that had taken place there. They declared that the armed war had ended in Homs. The neighborhoods had reconnected. My eagerness to explore the city was inexpressible. I could not wait to walk through the streets that had been battle-fields. My head was buzzing with the surreal cityscape of walls pockmarked with bullet holes and collapsing ceilings. I thought my imagination had run wild, exaggerating the situation, for the city could not possibly be so ravaged!

When I had ascertained that visiting Homs was possible again, I persuaded a friend to come with me. It was unheard of at the time – who would want to see all this devastation? Besides, it was still too scary, for there may be mines or explosives planted in the niches and nooks of buildings. But I insisted; I wanted to observe the scene right after the war, before it was cleaned up. Just to preserve it in my memory for ever.

It was far worse than I had expected. The whole town was in rubble. Dust, shrapnel, deserted remains of furniture. No matter how often this scene was aired on TV, it cannot capture the reality of it. It was beyond a massacre committed against a beautiful city like mine. The windows had fallen out because of the explosions, leaving behind empty frames with no panes. The ceilings had fallen down one on top of the other. The foundations were shaken. The buildings gaped like a mouth that had lost its teeth; a mouth that could not even weep!

I strolled among the houses, into the side-streets. Every few steps, a soldier in search of mines, or representative of international organizations, would call out to us, warning us that it would be best to turn around and go home. But we didn’t. Each building took us to the next, every hole in a wall invited us to step through, following the path of a missile that had shot through. My friend and I both felt a deep urge to cry, but we had gone rigid, our tears frozen. It was a cruel day. We knew only too well that we were stepping on grounds which had only yesterday seen people dropping dead. We passed by houses, ruined on top of their furniture. We tried to paint stories in our minds of the people who used to live there. Where were they today? What had befallen them? We took pictures, among piles of garbage that the authorities were about to remove, among barrels that had been made ready to explode, and near the places that had in gone-by days been landmarks of the city.

Days passed after this memory, and I remained in my city, where I completed my studies at the Faculty of Civil Engineering. The more we learnt about buildings, their characteristics and features, how they are erected from nothingness, the images of destruction deepened in me and grew gloomier. I grieved for the city and for what had befallen it. What was worse, I was desperate. I did not believe it could re-emerge from beneath the death that had raged through it. Despite all the hopes that we the students would become engineers, despite all the reconstruction plans that were proposed as projects by the graduating students, I always felt that we needed something much larger. A greater plan, greater creativity. A renewal that would make the city better than before!

In the last two years, I joined the civil society. I started delving more into the details of societies, wars, economy and the environment. I worked more with experts who had conducted research on the psychological, the economic and the ecological impact of war. With the passing of every day I realized further the monstrosity of what we had been through, and the difficulty of coming up with solutions that would restore the country to make it fit for life.

My relation to the environment has always been special, for I descend originally from a rich mountain village full of springs. In the village, I knew the scent of fresh air, the sweetness of fresh water. I knew mountains covered with trees for as far as your eyes could reach, and our mountain was covered in olive trees of the tastiest fruits ever known.

Last year, in the summer of 2019, an environmental catastrophe hit the village. A hidden land-mine exploded, and the fires spread like a wild-fire that devoured the villages and the mountain! The pain was indescribably. As if the atrocities of the war had not been enough, it pursued its crimes, and destroyed over half the trees of the village. I was in the car, watching the ascending mountain road, my heart breaking at the sight of charred trees on both sides. It felt as if the earth and the sky were both screaming with pain. Clouds of smoke were dispersing gradually when the rains had miraculously put out the fires. The farmers wept; the women screamed; and the children stood by stunned by the deadly calamity. The olive trees and pistachio trees had burnt down. The apple trees, and orange trees, and chestnut trees. Everything had become charred, and nothing remained!

When I returned to work, I became obsessed with tracing the impact of war on the Syrian ecology. Everything that these crimes had led to. I wanted to know everything about that aspect of it, for it was my conviction that this second to none of the other horrors that had happened. If the environment was to remain as is meant that our trees would die, our air would lose its purity forever, our waters would dry out, and our animals would starve to death. How were we to continue our lives in a country that had lost everything, and was now also losing its ecology, its beautiful nature, and much of its biological diversity.

The world over there are heated debates about climate change, and the impact of human practices on the ecology and the climate. We are killing the planet, and the greatest blame falls on the major industrial countries and the countries torn apart by war! We have caused endless explosions and toxic emissions through the detonation of bombs, the dissemination of chemical gases, the use of planes, and the destruction of cities. The dust of their buildings has filled the cities. We have murdered and polluted the rivers. The trees of the Eastern Ghouta, which were the lungs of Damascus, have all died.

I contemplated all this while attending a workshop I had joined at a German Organization interested in training Syrian youth to handle public issues. I was in Beirut, among a group of active Syrian youth, who also engaged in civil work. The theme of the workshop focused on reconstruction.

We were asked to prepare a proposal for our conception of the best way to go about reconstruction in Syria. As soon as I heard this, my mind’s eye relived every moment of my visit to the demolished city. I re-experienced every pain that the scenes had caused me that day, on to the images of the fires, on to the farmers’ tears around their dead trees. I sensed that all these images were closely interconnected. And it was the war that was the only link to bring all these atrocities together. There was no cure but to truly rebuild everything in a better way. In a way that would embrace nature and respect its rights. I went home, and went through my old files from the Faculty of Engineering. I went through books, studies, and lectures on green architecture and sustainable development, and started to write!

In my proposal I offered ideas, blueprints and designs for buildings with green roofs, in which solar walls would be used to general energy. They were modern buildings that cared for both people and nature. Buildings that contained ventilation systems and natural cooling systems. I also left large areas on the outskirts where wind farms and solar farms could be erected. I dedicated pages to proposals on how to dispose of chemical wastes. I was taken up by enthusiasm as I considered how we could rebuild our cities in such a way as to protect the ecological balance, and to be able to make a healthier use of our natural resources, while recycling what had been used.

For me, this was the best I could offer, falling back on all my experience and knowledge. My proposal was warmly received by the experts, who suggested that I should submit it to the academic staff at the faculties of engineering in Syria. They may, indeed, be taken into consideration in future reconstruction plans.

It may be that not much can be done, but I am grateful that I did not merely stand by, my hands tied in front of all the demolition that had raged through my homeland. There are many years of work ahead of us, where we need to obliterate the effects of war on man and stone. I hope that one day I will look upon Syria and see it regaining its rich and vital greenness. 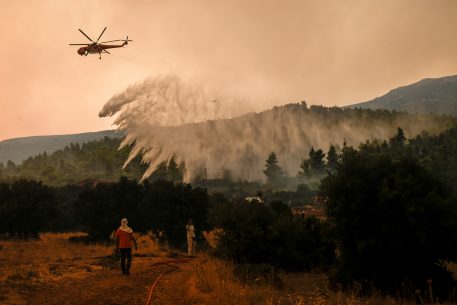 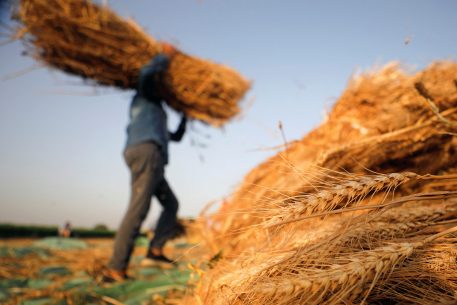 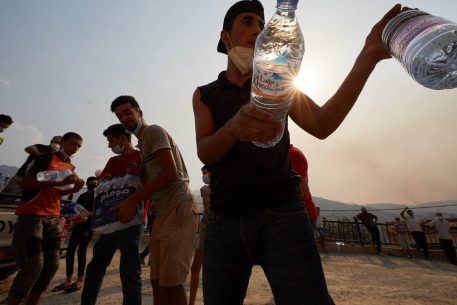