Migrations between Sub-Saharan Africa and Europe. Fables, Myths and Data

The crisis of migrants’ boats in 2006 or the recent tragedy of Lampedusa, among others, feed the image of weak borders in front of which there is a mass of poor people, in need and willing to do everything with the aim of fleeing their countries of origin. Misery, despair, mafias … are some of the images that are often associated with this migration. During the seminar, a much more complex reality is analyzed, in which the return is combined with transnational family adjustments that neutralize traffic difficulties and the effects of rigid and restrictive policies.

Flee from images of shipwrecks and landings of illegal immigrants to shed light, rigor and data on the complex reality of migrations between sub-Saharan Africa and Europe. This is the aim of the conference by the sociologist Amparo González-Ferrer in the framework of the cycle “Interpreting the Mediterranean today”. González-Ferrer outlines some of the main results of the Migration between Africa and Europe project, which since 2005 has collected data on migrants from Senegal, Ghana and Congo and other residents in six European countries. 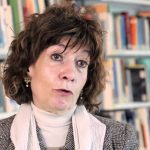 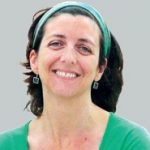