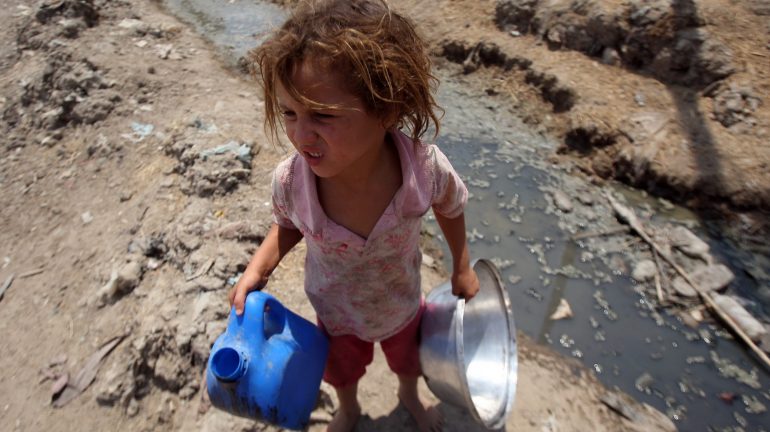 Water is a vital resource to many levels of human survival; it fluctuates in both space and time and has multiple and conflicting demands on its use. Water crossing international boundaries can cause tensions between nations situated in the same river basin (Wolf, 1998). While the tension is unlikely to lead to warfare, early coordination and cooperation between riparian states through water diplomacy mechanisms can help solve the issue.

Certain regions have been identified as among the weakest in terms of transboundary surface and groundwater resources between two or more countries. The Middle East is regarded as one of the most challenged regions in this regard. In addition to the constraints of natural water resources, the region s uffers from an abund ance of issues that compound water security, including a rapidly growing population, uneven economic development, limited amounts of water supply that is irregularly distributed, negative impacts of climate change and variability, poor water management, and allocation practices both within and between states. Some 60% of the region’s water flows across inter national borders, complicating resource management (Kibar ogl u, 201 7). The geopolitical importance of the region, and the conflicts that have consequently resulted, aggravate the usual problems of using water in a variety of settings, such as the Euphrates-Tigris (ET) basin.

The water question emerged on the regional agenda in the ET basin when the three riparians initiated major water and land resource development projects. It is only since the 1960s that Turkey and Syria have put forward ambitious plans to develop the waters of the Euphrates- Tigris river system for energy and irrigation purposes. At the same time, Iraq also announced new schemes for a n extension of its irr igated area. As th e national water deve lopment ventures progressed, mismatches between water supply and demand occurred throughout the river basin.

The ad hoc technical negotiations were unable to prepare the ground for a comprehensive treaty on equitable and effective transboundary water management. Hence, a series of diplomatic crises occurred in the region in the last quarter of the 20th century (Kibaroglu & Scheumann, 2013).

Water Diplomacy in the Euphrates-Tigris Basin

During the 1980s and early 1990s the spectre of armed conflict over water was argued as the logical outcome of scarcity of the resource by specialists from various disciplines inspired by environmental determinism. The water issue has been elevated from low politics to high politics: “hydro-politics.” According to this approach, disputes over water distribution in major watersheds of the Middle East are likely to lead to conflicts since there are striking asymmetries among the riparians in terms of resource and power endowments (Cooley, 2013). Historical evidence, however, shows that states preferred water diplomacy mechanisms such as negotiations, mediation and signing treaties, establishing joint institutional mechanisms (technical committees, river basin organisations) instead of waging war.

Water diplomacy is the process of interactions between states with the goal of preventing hostility. The role of water diplomacy in the context of transboundary waters is to foster transboundary cooperation. In the ET basin there were diplomatic negotiations along with recurrent diplomatic crises (Kibaroglu & Unver, 2000). In the decades since the disputes over water first began, the State has been the major actor in the formulation and implementation of water diplomacy in the ET basin. Water negotiations were held by technocrats from the riparians’ central water agencies, accompanied by diplomats who advised and monitored the negotiations, particularly when international legal and political aspects were under discussion (Kibaroglu & Scheumann, 2013). The discourse and practices of the state bureaucracies – water technocrats in various ministries and foreign office diplomats – have evolved during the prolonged water dispute.

Water diplomacy is not limited only to government officials. Indeed Track-two initiatives also play important roles in water diplomacy. Track-two diplomacy actors think outside the box. They address issues that are not yet on governmental agendas, serving as a kind of early warning mechanism. In this context, the Euphrates-Tigris Initiative for Cooperation-ETIC, which was established in 2005 among water professionals, former diplomats, technocrats and academics from Iraq, Syria and Turkey, has been a unique non-governmental entity founded in the region, acting toward government officials in a cooperative manner and transparent in all its actions. Since 2005, I acted as the co-founder of this Track-two initiative together with my colleagues from Syria, Iraq and Turkey. Even in the midst of conflicts (Iraqi invasion and Syrian civil war) and deterioration of bilateral political relations between any pair of the riparians, ETIC managed to carry out research projects and training activities. ETIC intends to lead dialogues not just about resolving narrow bilateral water disputes, but also about creating a regional context through which important socioeconomic development issues affecting a larger region can be discussed and addressed (Kibaroglu & Scheumann, 2013).

Transboundary Institutions in the Euphrates-Tigris Basin

There are still no basin-wide agreements for effective and equitable use and management of transboundary waters in the ET basin. In 1987 and 1990 two bilateral protocols – acknowledged by all the riparian states as being interim agreements – were signed following a number of high-level meetings of top officials in the Euphrates-Tigris basin. In 1987, the Turkish-Syrian Protocol on Economic Cooperation was the first formal bilateral agreement reached on the Euphrates. Turkey promised a water flow of up to 500 m3 per second or about 16 km3 per year, at the Turkish-Syrian border, with the intention of reaching an agreement with Syria on security matters. On the other hand, the Syrian-Iraqi water protocol of 1990 designated Syria’s share of the Euphrates waters as 42% and the remaining 58% was allocated to Iraq as a fixed annual total percentage. However, these bilateral accords have failed to include basic components of integrated water resources management, namely exchange of water and land resources data, water quality management, environmental protection, and stakeholder engagement. Furthermore, both treaties failed to address fluctuations in flow, meaning that they contained no clauses referring to the periods of drought that occur frequently in the basin and cause drastic changes in the flow regime that require urgent adjustment to the use of the rivers. The water sharing protocols also lack an effective organisational backup, at least in the form of joint monitoring of these agreements (Kibaroglu, 2019).

In the early 1980s, the Euphrates-Tigris basin riparians managed to build an institutional framework, namely the Joint Technical Committee (JTC), whose members included participants from all three riparians. Yet, they could not succeed in empowering it with a clear and jointly agreed mandate. Instead, the riparian countries continued unilateral and uncoordinated water and land development ventures. The JTC meetings did not make an effective contribution to the settlement of the transboundary water dispute and did not provide a platform for delineating the co-riparians’ priorities and needs as a basis for addressing regional water problems. In this respect, water use patterns and the riparians’ related legislation and institutional structures never had a chance of being discussed at the JTC meetings. National management and allocation policies were like “black boxes” and water management practices within the various countries simply could not be debated during those negotiations (Kibaroglu & Scheumann, 2013).

Current and Emerging Problems in the ET Basin

Notwithstanding the failures in inter-state water cooperation and the shortcomings and loopholes in the existing water agreements, the present overarching challenge in the ET basin is to coordinate water resources management and establish good transboundary water governance in the midst of the current state of affairs. The Syrian civil war and overall political instability, which have had deep impacts and spill-over effects in the region, demonstrate that, while the genesis of the conflict is a complicated narrative, water is certainly part of it.

With the rising violence and instability in the region, and with no regional coordination and poor security schemes along the rivers themselves, violent non-state actors have been able to use water both as a resource and as a weapon. The illegal actors subsequently lost control of all of the dams but not before using them to flood or starve downstream populations and pressure them to surrender.

The emergence of the non-state violent actor in the region means that riparian states must be thoroughly prepared for and responsive to possible attacks on the region’s water supply and development infrastructure. This should also convince the riparian states of the need to establish regional security arrangements to preserve and protect their resources. As the Syrian civil war is pushing the riparian states to develop new water governance principles and practices in conflict and post-conflict situations, the riparian states in the ET basin should improve their understanding of the strategic role that water and water supply infrastructure play in armed conflicts and to reflect on possible ways to improve the protection of water under international law during and after armed conflicts. The linkage between international humanitarian law (Additional Protocols of 1977 to the Third and Fourth Geneva Conventions of 1949) and the law on transboundary water resources (Article 29, UN Watercourses Convention, 1997) may ensure better protection of water during armed conflict. The riparian states should also envisage joint ways of dealing with transboundary water resources during reconstruction and rehabilitation efforts in the post-conflict phase (Kibaroglu, 2019).

Kibaroglu, Aysegül & Unver, Olcay. “An Institutional Framework for Facilitating Cooperation in the Euphrates-Tigris River Basin”. International Negotiation: A Journal of Theory and Practice 5: 311-330, 2000. 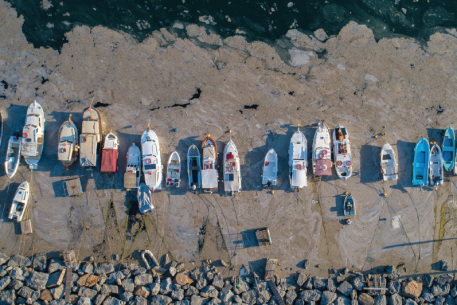 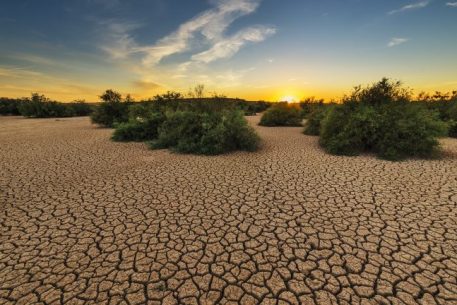