December 17, 2010, day zero of the revolution. Young Mohamed Buazizi, desperate and outraged by the lack of opportunities and abuses by the authorities, sets fire to Sidi Buzid, in the interior of Tunisia. His sacrifice ignites the protests and mobilizations that mark the beginning of an era of change in the Arab world. Thus begins the account of events that have not only brought down the autocrats who ruled Tunisia, Egypt and Libya, but have also generated an expansive wave that is felt beyond. In Syria, Yemen and Bahrain, the regimes in power try to silence the protests with violence, while other countries react with reforms, improvised changes and conciliatory gestures. It is the rebirth of collective dignity that nothing can stop, not even the fear of leaving the skin, the chaos or the ghosts of what is to come. Young Arabs are just looking ahead.

December 17, 2010 is also the culmination of a long process of profound, often unnoticed, transformations that have gradually paved the way for social outbreak. These are the evolutions that explain who, what, when and how, without whom revolution would not have been possible. Before the people rose, there were many people committed to the struggle for freedom. Former human rights defenders, brave lawyers, daring journalists, artists with works of denunciation, young students who did not want to give up their dreams, mothers who had already lost too much to be silenced, anonymous citizens … all transcendental characters of a struggle that had been preparing for a long time and is now ongoing, arduous and complex.

They themselves, through the documentaries and round tables of this cycle, tell us how this revolution has been forged and what its evolution can be. They are accompanied by journalists who, as privileged witnesses to the events, help us to decipher the keys to this story. The future is being built day by day, and despite the heavy walls that have been torn down, there is still a long way to go. The reality is that the great challenge of [R]evolutions has only just begun. 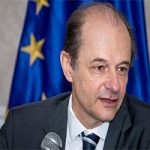 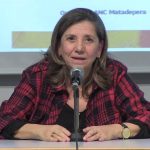