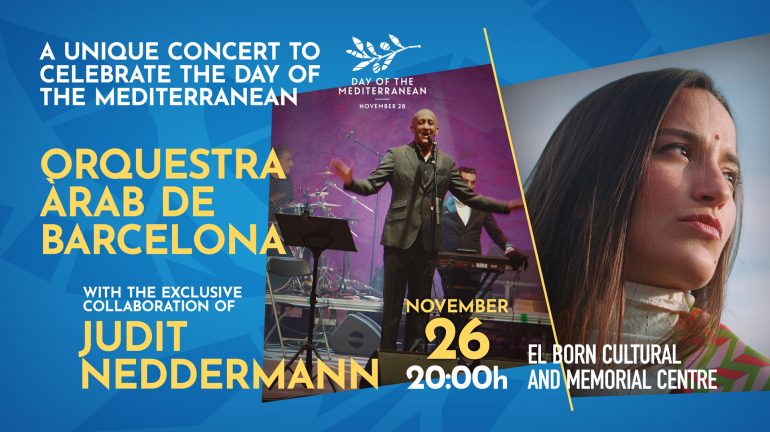 The Orquestra Àrab de Barcelona and singer Judit Neddermann offer a concert specially designed to celebrate Mediterranean Day 2022 at the Born Center for Culture and Memory in Barcelona.

In several songs, the voice of the young Catalan singer and composer Judit Neddermann joins the traditional and contemporary Arabic music, of fusion and crossbreeding, practised by the formation directed by Mohammad Soulimane.

Celebrated every November 28, the date has a strong symbolic component given that on that day in 1995 all EU member countries and their neighbors in the South and East of the Mediterranean met for the first time and began the so-called Barcelona Process, a joint initiative to work for a Mediterranean of peace, shared prosperity and dialogue between peoples. The UfM secretariat is currently making sure to continue with the work started then.

The concert can be followed live online.