Scholar of Middle East Politics at the School of Government and International Affairs, Durham University

The Advent of ‘Islamic’ Democracy in MENA

The conventional wisdom of the Arab Spring has become “wherever there are elections, Islamists win.” From Morocco to the Arab Gulf, the rise of the Islamist parties and movement is becoming more evident. Islamist candidates have swept the polls in the parliamentary elections that took place in Tunisia, Egypt and Morocco and they will probably do so wherever ballot boxes are found. Moreover, Islamists have formed the new governments and are poised to draft the new constitutions that will shape the new political systems in the region for years to come. The “bearded” governments and presidents are palpable and the entire dynamics of the region are prone to changes.

Nevertheless, the rise of Islamist parties in the Middle East and North Africa (MENA) poses more questions than answers. The heavy legacy of the former regimes, of endemic corruption, unemployment, ailing economies, and so on, constitutes a tremendous challenge for these parties. How will Islamists tackle this legacy? What are their agenda and plans, if any, for political and social change? What are their ideological and democratic contours? And most importantly, what will their foreign policy look like? These are a few questions facing Islamists.

Indisputably, the Arab Spring has drastically reshaped the political landscape in MENA. It has not only removed the perpetual despotic regimes but also erected a new Islamist scene that is still emerging. Yet this scene is markedly diverse, heterogeneous and, most importantly, one of rivalry. From the far right, Salafis and former Jihadis, to the centre, the Muslim Brothers (MB) in Egypt, and the progressive and liberal Islamists in Tunisia and Morocco, all are captivated by the lure of politics.

The new Islamist dynamics and changes in MENA are considerable. Yet the most visible feature is that many Islamists tend to move away from ideological “fringes” into the political “centre”. The Arab Spring has ended the marginalization of many Islamists who have been alienated by “politics of exclusion” under former regimes. The simple result is significant transformation in Islamist ideology, strategies and rhetoric. Salafis, for instance, who shunned politics for decades due to theological and tactical rationale, are becoming more involved in everyday politics. They contest elections, vying for public office, building allies and coalitions with liberals and secularists, and most remarkably adopting democratic measurements, albeit rhetorically. Noticeably, the extraordinary political openness following the Arab Spring has spurred Salafi political inclinations and captured their minds. Salafi sheikhs and scholars have concluded that electoral politics, not mosques or sermons, are the main venue to make and influence policies. Not surprisingly, many Salafi movements formed political parties, contested elections, and held public offices in Tunisia, Egypt, Morocco, Libya and so on.

Furthermore, Islamists in the post-Arab Spring tend to compete, contest, and sometimes fight each other. The divergence and discrepancies between Islamists go beyond theological and ideological issues to overshadow their platform and political stance. Whereas “veteran” Islamists like Ennahda in Tunisia, the MB in Egypt and PJD in Morocco tend to adopt more pragmatic and sensible programmes, the “novice” Islamists such as Salafis and former Jihadis are still preoccupied with identity politics. Moreover, the relationship between the two camps is far from intimate. In Egypt as well as Tunisia, the hostility between Salafis on the one hand, and the MB and Ennahda on the other, is evident. And while the relationship between both factions in Egypt is still peaceful, it is becoming confrontational and even violent in Tunisia.[1]

More interestingly, the differences and fragmentation within each Islamist camp are undeniable. For example, Egyptian Salafism consists of several movements and parties that vary ideologically and politically. While the Salafi mainstream is still hesitant about becoming involved in electoral politics, “Political Salafism” is passionately immersed in politics.

For many Islamists, politics is not a one-way street but rather a trade-off. The politicization of Islamists has pulled them out of their dogmatic and fantasy world to face the complex reality of post-authoritarianism. Thus, they increasingly become aware that political and economic performance can be their key credit-machine, rather than their ideological or religious credentials. For example, the MB, which for decades advocated establishing an “Islamic state” in Egypt, is now more realistic than ever. Its Freedom and Justice Party (FJP) adopts an unadulterated political and economic platform which has nothing to do with ideology.[2] Ironically, some observers and commentators decry the MB for its “opportunistic” character and political savvy. According to one of them, the FJP is reproducing the same economic policies of the Mubarak regime, albeit under cover.[3] Furthermore, the religious and preaching activities of the MB are flagging due to its extensive political participation.

Likewise, political Salafis tend to embrace practical and realistic programmes. The Al-Nour Party (Light), the well-known and powerful Salafi party in Egypt, is a mere outcome of the politicization of Salafis after the revolution. The party platform calls for a civil state with an Islamic reference and advocates political reform.[4]

Interestingly, the party candidates in the last parliamentary elections did not raise religious slogans or promise paradise to voters but rather they pledged to improve the economy, fight corruption, and secure jobs. They abandoned the religious rhetoric and adopted merely political language. Furthermore, a prominent figure in the Al-Nour Party recently mentioned that his party supports the Egyptian stock exchange.[5] This is the kind of comment one has to consider carefully. The Salafis can rant all they want against the sins of interest rates and western banking but, when push comes to shove, they know how to back down.

Nevertheless, this is not to say that Islamists will completely shed their “Islamic” skin. Nor does it mean that they will become liberals or secular. Rather it denotes the salient inclination of many Islamists to engage in politics and become pragmatic.

Democrats But Not Liberals

The debate over whether Islamists can be liberals is enduring. It is embedded in the long-standing inclusion-moderation thesis, which assumes that the integration of ideological parties can be conducive to their pragmatism and moderation.[6] The pundits lambaste Islamists for their lack of commitment to democracy and liberal values: for example, gender quality, rights of minorities, particularly non-Muslims, and the application of Sharia law.[7] Moreover, they affirm that Islamists cannot be “real” democrats. However, what is neglected in this thesis is the contextualization of Islamists. The vast majority of Islamist movements operate in deeply religious and conservative societies. Various polls underscore such a reality.[8] Thus, Islamists, one way or another, are responding to an increasing demand for religious and conservative values in the public sphere or the “religious market.” Therefore, while Islamists tend to be politicians and power-seekers on political occasions, such as elections and protests, they cannot jeopardize their symbolic and social capital by adopting “liberal” and secular views.

Nevertheless, one needs to be careful when gauging Islamists’ political development. Observing changes in Islamist ideology and strategies should be based on a span of time and within its domestic context. While there is no guarantee that the Arab Spring, like many other historical events, can lead to a real democracy in the Arab world, the process of democratization itself entails changes and transformations. In other words, for Islamists to benefit from the Arab Spring, they have no choice but to adapt to the new realities emerging in the region. True, Islamists will not be as liberal as many might wish, but they will certainly have to succumb to the mounting demand for personal and public freedoms around the Arab world. Moreover, changes in the political environment where Islamists operate would provoke internal tensions and rifts. The MB, for example, is witnessing internal calls to reform its bylaws and structure and four unlicensed parties have split from the movement. A debate within the Ennahda movement on the separation between religious and political activities is becoming acute.[9] Therefore, the crucial question is not whether Islamists can become liberals but rather to what extent they can change and at what cost.

When it comes to foreign policy, Islamists are enormously pragmatic. The experience of the last year and a half has proven that reality. Islamist forces have realized the complexity of international relations, which entails tremendous risks as well as opportunities. The narrative of “confrontation” and “clash of civilizations” has become obsolete in the shadow of the recent developments. Islamist foreign policy is anchored around three key issues: the relationship with the west, the stance from Israel, and the war on terrorism. The vast majority of Islamists seek a balanced relationship with western countries based on mutual respect and interests. Yet to achieve this, both should strive to build the basis of such a relationship and the best way to do that is through social and economic partnership. Islamists recognize the strong need to benefit from the technical and economic relationship with western governments. They view foreign direct investment (FDI) as the main vehicle to recover from the economic problems. Khairat al-Shater, a business tycoon in the MB and former presidential candidate, points out that development and renaissance nahda cannot be realised without FDI. He advocates free trade, private sector and big businesses.[10] Similarly, the Moroccan PJD leaders stress the importance of maintaining and boosting the economic and commercial partnership with the EU. Moreover, Ennahda woos foreign investors by making some ideological concessions, particularly on religious issues such as applying Sharia.

As for Israel, while Islamists still adopt an antagonistic position towards Israel, they condition that on Israel’s willingness to grant Palestinians their rights and independent state. Furthermore, they are learning to maintain peace with Israel as long as it does not threaten Arab lands or nations. The MB, as well as Salafis, pledged to honour the peace treaty with Israel. Interestingly, Egypt remained as the main broker between Palestinian factions after the revolution as it was under the Mubarak regime. Ironically, the relationship between Fatah and Hamas has markedly improved since the ousting of Mubarak.

To conclude, in the wake of the Arab Spring and after the euphoria of the disposal of the autocratic regimes, the Arab people still hunger for freedom, development and dignity. For Islamists to maintain power, they have to realize these objectives, otherwise they will face the same fate as their predecessors.

[8]. For the latest figures and data on religiosity in the Muslim world see http://www.pewforum.org/Muslim/the-worlds-muslims-unity-and-diversity.aspx.

The Post-Pandemic Landscape in Turkey

The article analyses the current Turkish political landscape and the worrying erosion of fundamental rights and freedoms in the country, which is trying to recover from the pandemic in the context of an economic crisis. 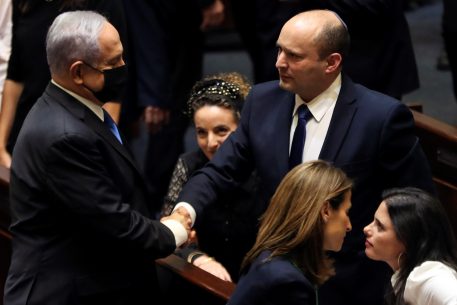 The article analyses the trajectory of the Israeli coalition government led by Naftali Bennett, the fragility of it and the policies they have implemented in the regional and international arena. 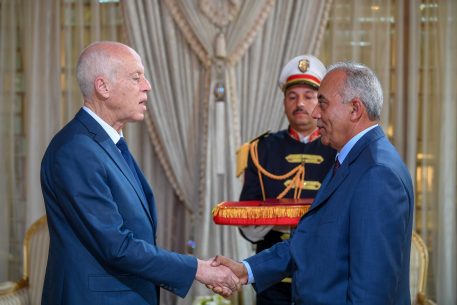 Tunisia 2021: Anatomy of a Coup Foretold

The article assesses the political climate and the governance challenges of Tunisia since the presidential elections of 2019 up until today.