Professor of Geography and Director of the Research and Knowledge
Exchange, School of Global Studies, University of Sussex

Hostile Environments in the Mediterranean 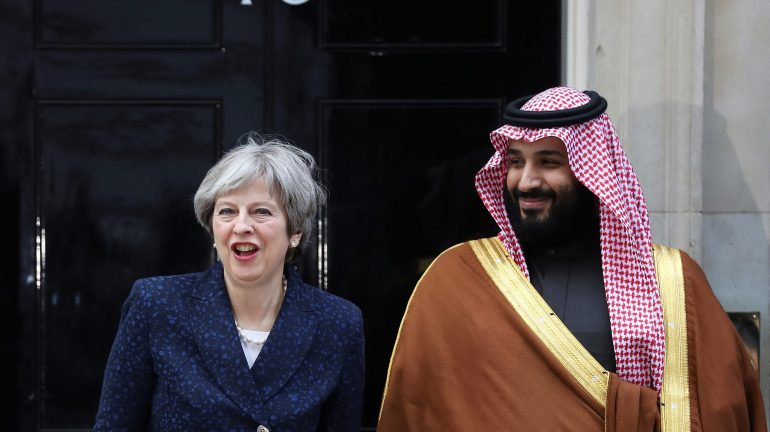 In May 2012, the then British Home Secretary Theresa May told the right-of-centre Telegraph newspaper that her aim “was to create here in Britain a really hostile environment for illegal migration.” At the time she considered this a relatively uncontentious description of a policy that involved co-opting public and private figures across society to act as immigration enforcement officers and was further reinforced by the UK’s two Immigration Acts of 2014 and 2016 that were brought into legislation while May was Home Secretary. Yet it has become much more than this. In the UK, the “hostile environment” has since come to characterise a “culture of cruelty” in UK immig ration policy, exemplified by the large -scale deportation of long-term residents known as the Windrush scandal that came to light in 2017. The “hostile environment” label has stuck, even after the current Home Secretary Sajid Javid disowned it in 2018. It captures what over the last few decades has become the dominant paradigm in immigration control around the world, that effect ive immigration controls should not aim to prevent arrival but to deter departure. This has been attempted in a number of ways from remote controls (Zolberg, 2003) to advertising campaigns. The hostile environment identifies a trend that treating migrants badly is a form of deterrence for further migrants to plan to leave. Over several decades, this approach has become formalised in the Mediterranean.

The key geopolitical challenge of European migration control is no longer to prevent migrants entering EU territory but to prevent any access to the territory at all. This is the focus of various extra-territorial structures of control, an approach to which the Mediterranean Sea itself makes a significant contribution. A s Rutiva Andrijasevic (2010) has argued, migration con trol must eliminate the possibility of migrants initiating asylum claims at the external borders of Europe. The now (in)famous comment by a French diplomat in colonial discussions of Algeria that “the Mediterranean flows through France like the Seine flows thr ough Paris” seems like ancient history. A post-colonial vision of the Mediterranean inevitably frames it as a formidable and deeply hostile border, the source and focus of the large majority of migrant fatalities in the world (IOM, 2016). This border is increasingly reinforced by physical border infrastructure although, as the first section argues, such infrastructure can only ever be of limited value when migrants actually reach it. The “border spectacle” caused by enhanced architecture at the borders serves two more significant functions: reassurance of an anxious public and deterrence of prospective migrants. Yet enhanced border reinforcement does have impacts on migration, chiefly displacement to areas where the physical environment is even more hostile. These displacement effects are considered in the second section. These physical dangers influence the “humanitarian border” (Walters, 2011) as migrants are prevented from migrating for their own good, what Violetta Moreno-Lax refers to as “protection through interdiction” (2018: 120). This paper considers the role of deterrence in each of these stages. The overall argument is that deterrence influences the routes and profiles of migrants but does not have a major impact on overall numbers.

Framing the Action: Learning from Ceuta and Melilla

In their simplest form, borders are territorial, separating and defining different spaces (Graziano, 2018). Yet, in many cases a territorial definition of borders is no longer sufficient. Not all borders are fixed in space and this has been facilitated recently by technological advances. This is particularly true for national borders, where strategies of control focusing on population rather than territory may be traced back several centuries. Foucault dated the origin of the concept of population to the mid-eighteenth century (Foucault, 2007). This emerged from new techniques of individualised data collection, such as mortality censuses which understood population as made up of individuals but not reducible to individuals and therefore not subject to the will of the sovereign in the same way as a mass of individuals. Population became a focus of government distinct from the control of individuals. Population was to be managed not through direct command of the sovereign but through the management of a range of indirect processes such as price controls, labour market regulation or healthcare provision. Into the nineteenth century this evolved into the recognition and manipulation of public opinion. This made the process of government both more complex and further reaching than earlier systems of rule.

In most situations, the population of concern to a government has been located on the territory controlled by that government. Migration control, and particularly the contemporary use of the hostile environment, connects the population on the territory with an unknown but politically significant group of potential migrants living elsewhere. Official Development Assistance (ODA) provides one of the most widespread examples of extra-territorial engagement with this population. ODA has developed its own set of processes in which to intervene to influence population. Despite origins in colonial notions of humanitarianism, modern development practice is only really recognisable since the 1950s. Extra-territorial engagement for purposes of migration control is even more recent. Although visas have existed in some form since the early 3 20th century, it is only since the 1980s that they have become a real restriction on movement; Zolberg referred to this as “remote control” (2003). Since then successive policy developments have reinforced remote controls as wealthy states have externalised migration controls far beyond the state’s territory, through practices such as carrier sanctions, training of staff of private companies and stationing migration delivery officers at strategic locations in foreign airports. These controls are now so widespread and so far reaching that for many migrants the arrival at the territorial border of a wealthy state may be the fifth or sixth time they have encountered border control authorities of the state.

Border control also extends inside the territorial border, so that many border control operations occur on the territory of the controlling state. For many, the territorial border will not be the last time they encounter the border as access to a wide range of services, including the right to work, healthcare or welfare benefits, is conditional on the production of proof of legal right to those services. Such controls increasingly apply to non-state services, such as private rental accommodation or banking services. The national border follows individuals onto the territory and continues to highlight and enforce divisions after arrival. As a result, national borders are no longer the “outer bark” of the nation state (Graziano, 2018: 4). The national border is reinforced by a high-tech infrastructure of control, including mobile patrols, close surveillance and databases of biometric information on a growing array of individuals (Amoore, 2006). Population-focused strategies of control allow for the complete inclusion of some border crossers, eliminating delay to the extent that they are barely even aware of the border while simultaneously excluding others (Sparke, 2006). This is the sense of the “smart border”, a system designed to facilitate the inclusion of those who belong but which also depends on the radical exclusion of those who are not judged to belong. For those who are excluded, wealthier countries go to ever greater lengths through the application of the internal border to ensure that they never feel that they have arrived; in such surveillance states, it has been argued that “the border is everywhere” (Lyon, 2006). This is the essence of the hostile environment as May initially foresaw it in 2012.

Yet the hostile environment has more profound implications for migration. The most recent trend in bordering practices suggests a return to visible, territorial borders. This has become especially clear through the narratives of “crisis” from 2015 onwards, when the construction of border walls accelerated (Jones et al., 2017). Analysis by The Economist suggested that by 2016 there were more border walls in Europe than there had been during the Cold War. Such developments appear to contradict the accounts of national borders moving away from territorial borders that have become established in much geopolitical writing on borders over the last few decades. Yet these new physical borders require a slightly different explanation. The trend towards invisible borders is not viewed as reassuring by many citizens of the state they surround, particularly during times of perceived crisis. The UK provides an illustrative example. Asylum applications in the UK peaked in 2002. There was widespread public concern at these numbers, and Tony Blair, then prime minister, set controversial targets for their reduction. In 2003, large signs began appearing in advance of passport control at UK airports declaring “UK Border”. The signs were intended to increase the visibility of the border, not to stop people crossing, but their appearance at a time of heightened concern about undocumented border crossing is not a coincidence.

The Spanish enclaves of Ceuta and Melilla provide an instructive example of this trend. The first double layer of high tension fencing was constructed along the border between Ceuta and Morocco 20 years ago, in 1999. At that time it was three metres high and cost over €25 million for the five kilometre border. Following the large-scale crossings in September 2005, when 11 migrants were shot and killed while attempting to scale the fence, the fence was increased to five metres high. In 2014 after the most recent disturbances involving large numbers of migrants getting across, sections of the fence were increased to seven metres high. Predictably, this has not prevented crossing attempts. There is no other location that provides such a clear illustration of the dictum “show me a 10ft fence and I’ll show you an 11ft ladder.” The expectation of migrants on the Moroccan side is that, sooner or later, they will get over it. This hugely expensive border architecture, many times the original €50 million cost in both enclaves, cannot be justified by its success in stopping people who want to get across it. Each increase and development of structures is accompanied by a media release and messaging campaign that clearly does not just target migrants who are waiting on the other side. The wider audience for this campaign is the Spanish population and potential migrants who have not yet made the decision to leave.

New fences and walls from 2015 onwards fulfil a similar function. Physical infrastructure at the border may re-route people or make it more expensive or time consuming to cross the border but, with few exceptions, walls have limited impact on the numbers of unauthorised arrivals in the territory on the other side. Increasing visibility of borders reassures public opinion in that territory and may serve as a deterrent to undocumented migrants considering that particular route but it has certainly not replaced the extra-territorial border or the internal border. Borders are now both territorial and population focused. Depending on who is crossing they may be perceived as everything from totally invisible to “everywhere”. This spectrum of experience of the national border is deliberate. The fast track border crosser is able to enjoy a virtually frictionless experience at the border not purely due to financial power but because the system also has the ability to identify and detain individuals without authorisation to travel at an early stage in the process. The multiplication of the forms borders may take effectively multiplies the number of borders, particularly for those without authorisation to cross.

Collyer, M. (2019). From Preventive to Repressive: the changing use of development and humanitarianism to control migration. In Mitchell, K., Jones, R. and Fluri, J. (eds.), Handbook on Critical Geographies of Migration. London: Edward Elgar.

Graziano, M. (2018). What is a Border? Stanford: Stanford University Press.

Walters, W., (2011). Foucault and frontiers: Notes on the birth of the humanitarian border. Governmentality: Current issues and future challenges, pp. 138-164.

Zolberg, Aristide R. (2003). The Archaeology of ‘Remote Control’. In Fahrmeier, A., Faron, O. and Weil, P. (eds.), Migration Control in the North Atlantic World: The Evolution of State Practices in Europe and the United States from the French Revolution to the Inter-War Period, New York: Berghahn Books, pp. 195-221. 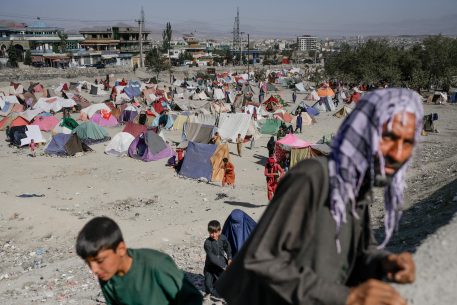 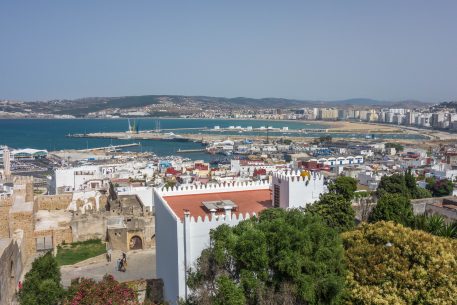 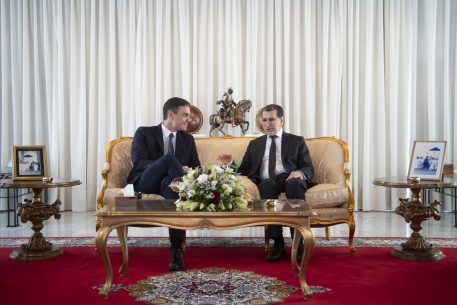