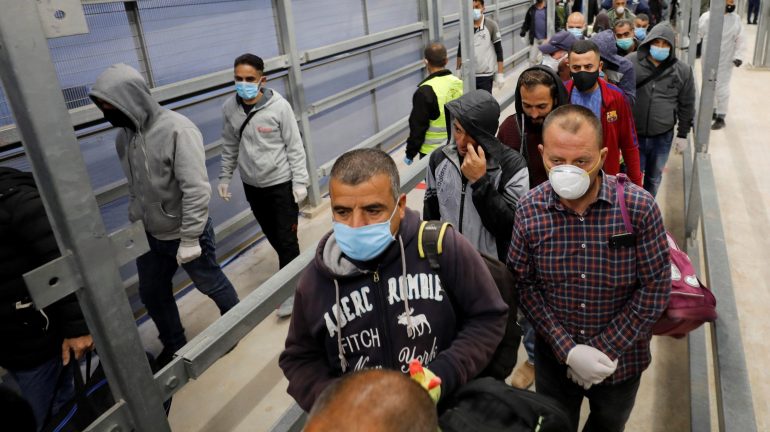 At the time of writing these lines, the number of confirmed cases of COVID-19 and fatalities in Palestine remain very low, in absolute terms and also in comparison with other countries of the region. However, the pandemic is expected to have wide-reaching economic and social impacts, incommensurate with the prevalence of the virus in Palestine.

Using a Computable General Equilibrium Model (CGE), the Palestine Economic Policy Research Institute (MAS) foresees a decline of 20.3% in GDP compared to 2019, and more if a longer lockdown were to occur. The Palestinian Central Bureau of Statistics (PCBS) expects a $2.5 billion (13.5%) decrease in GDP compared to its baseline 2020 projection, assuming the closure impacts continue until end of May. The Palestine Monetary Authority (PMA) foresees a less severe decline in GDP, between 1.8% and 3.8%. The large disparities reflect the speculative nature of these studies at this stage, as it is still too early to measure the full impact of the pandemic. By any account though, the Palestinian economy has already entered a recession, and the only question is how long it might last and how deep its impacts will be.

The Palestinian Government (GoP) estimates that economic losses due to the COVID-19 crisis will severely limit its ability to maintain existing public services, and will make the need for immediate economic support more urgent. As a result, the GoP predicts a 40% drop in government revenues, increasing the public deficit from its current level of $800m to $1.8-2.4 billion.

All available estimates show that the services sector will be the most affected by the crisis. Activities in tourism and related sectors (accommodation and food service), as well as in transport services, are expected to be severely disrupted. The closure of the borders is expected to pose a severe threat to the hotel and accommodation sector, which is dependent on the inflow of tourists. In 2018, 3.4 million tourists visited Palestine, spending over $1.3 billion.

Moreover, according to PCBS statistics, there are approximately 5,000 restaurants and cafes in Palestine, 700 in Ramallah alone, all of which have been closed since mid-March. There are about 21,000 workers in these establishments (2% of the labour force), most of them working on a day/hourly basis, now facing a complete loss of income. This sector could encounter a potential loss of approximately $114 million monthly, pushing many establishments to bankruptcy if the crisis continues for a longer time period.

Workers in Israel and Israeli settlements in the West Bank are also among the groups most harshly hit by the pandemic. Workers in Israel are a major source of income for the Palestinian economy, providing subsistence for tens of thousands of families, and stimulating local consumption. The average worker in Israel earns over double the average wage in the West Bank. In 2019, there were 133,000 Palestinians working in Israel and Israeli settlements, generating $2.55 billion in income (15% of GDP), and supporting tens of thousands of Palestinian families. As of 1 May, an estimated 25,000 workers were still working in Israel. According to aforementioned MAS projections, the total blow to Gross National Income, which includes this source of income, could be 25% in 2020.

Global interest rates are expected to continue declining, pushing local rates down, and increasing demand for loans, mortgages, and refinancing requests, in addition to high demand for lending due to poor economic conditions resulting from the crisis. Credit losses and default rates are expected to increase and the default rate could reach 8% in the current year (compared to 4% in 2019), leading to losses and affecting local financial stability. Furthermore, increased government reliance on the banking sector, the PMA contra-pandemic instructions, and decline in deposits growth could lead to liquidity problems in the banking sector.

In terms of food security, the Food and Agriculture Organization of the United Nations (FAO) confirms that Palestinian herders are facing problems due to increases of input prices, particularly since they lack liquidity and suppliers are only accepting cash payments. Pesticide, fertilizer, and seed prices have been increasing for several consecutive weeks and farmers are concerned about their capacity to control pests during the upcoming season. Fear of contagion and uncertainty in market demand are affecting production decisions, and some producers reported producing only for household consumption due to the reduced market demand, and many have reported profit losses and a widening gap between wholesale and retail prices. As for food consumption, Palestinians are facing poor/borderline food consumption levels and adopting negative coping strategies. Many families are skipping meals, eating cheaper food, or borrowing food from friends because stores no longer sell on credit.

East Jerusalem will also suffer economically as a result of the COVID-19 crisis. East Jerusalem residents are already in a precarious economic situation, with more than 77% living below the poverty line, compared to 23% of West Jerusalem Jewish Residents. The East Jerusalem economy is heavily dependent on the wholesale trade and services sectors, including accommodation and food, where these sectors constituted around 77% of East Jerusalem’s GDP. Additionally, 27.5% of East Jerusalem’s labour force are employed in trade, restaurants, and hotels.

The Palestinian Government Response to COVID-19

On 5 March, the Palestinian President Mahmoud Abbas declared a State of Emergency, following the confirmation of the first cases in Bethlehem. The same day, Prime Minister Mohammad Shtayyeh established the Emergency Command Center to oversee containment measures, public outreach, mobilise resources, and ensure public communication. On 16 March, the GoP reached an agreement with private sector representatives for private institutions to pay 50% of employee salaries for March and April. By 22 March, the GoP had put in place a comprehensive curfew and on 26 March released a Response Plan. Economic protection measures were initiated including prohibiting price-gouging.

Prior to the crisis, the GoP was recovering from the 2019 clearance revenue crisis with Israel, and decreasing foreign aid over the past years, hence the crisis added further strain on the already distressed public finance. As part of the Response Plan, the GoP identified $120 million as an urgent need to support the direct health response to COVID-19, including the provision of medical staff, equipment, and medicine. The GoP identified an additional $1.8-2.4 billion budget shortfall, needed to cover operational expenses, including salaries, pensions, and the maintenance of safety networks for the most vulnerable. Additionally, the GoP issued an official request to the PMA, asking for a combined loan for the banking sector totalling NIS 1.4 billion. The loan would be provided over six months, allowing banks to handle their declining revenue.

In order to mitigate the impact of COVID-19 on individuals and businesses, the PMA has instructed banks and financial institutions in Palestine to offer a four months loan payment holiday to their customers (and six months for enterprises in tourism and hospitality), and this period can be extended according to the state of emergency declared by the government. PMA instructions also included extending credit card ceilings and lines of credit granted to clients, SMEs, and individual clients affected by the crisis. The PMA also asked banks to direct new credit to SMEs and start-ups, and to provide direct credit to the health sector.

Fixed-capital investment in the health sector is expected to increase, as the demand for artificial respirators and other intensive care supplies intensified. Healthcare operating expenses are also expected to increase, with expenditure on Personal Protective Equipment (PPE) such as masks, sterilisers, protective suits, safety goggles, as well as antibiotics and antivirals. There has been some local response to this increase in demand, with factories shifting to produce more masks, sterilisers, and protective suits. The GoP will have to channel more resources into such initiatives and ease the regulatory obstacles to transition.

SMEs were particularly hit by the government’s precautionary measures, and they are in immense need for stimulus packages to reduce layoffs and avoid bankruptcy. Programs to improve SMEs access to finance, along with subsidies and grants, are needed. Also, the government should allocate a percentage of its purchases from the SMEs and give priority to clearing arrears to allow for adequate liquidity.

MAS prepared a series of recommendations for multiple sectors. For Palestinian workers in Israel, the recommendation included pressuring Israel to guarantee the rights of the workers by relying on international agreements and Israeli law that pertains to this issue. Another recommendation is following an internal support policy by increasing deductions of salaries of private and public sector employees. For the manufacturing sector, MAS recommends allowing industrial manufacturing activities such as mining and quarrying to resume. Additionally, soft loans should also be provided to this sector.

In the internal trade and services sector, there should be gradual easing of the restrictions placed on them, as well as providing them with soft loans and investment incentives. Many of the establishments in this sector are SMEs, currently struggling with liquidity, and without a clear policy for loan guarantees. There should be a policy for guaranteeing loans, and there should be a search for external funding to fund and support this sector. 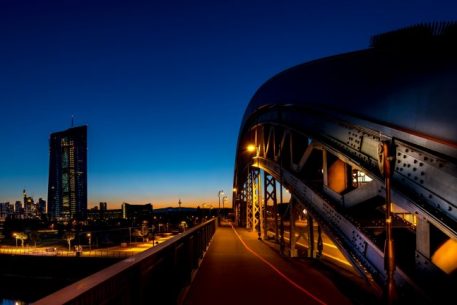 With the aim to foster a comprehensive dialogue on the economic and financial situation of the Mediterranean region, this conference allowed organisers and participants to take a very important step forward in the ambition to strengthen cooperation... 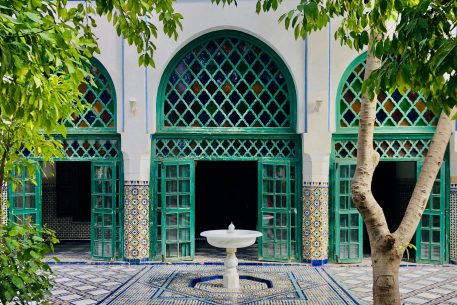 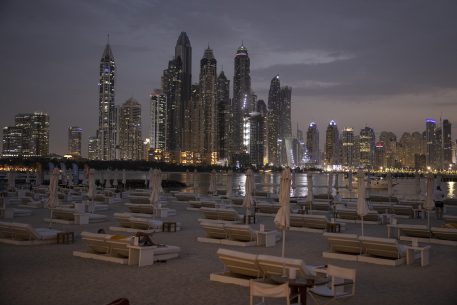