New Islamist Governments in the Face of Social Demands

First session of the cycle “Mediterranean 2013: the consolidation of new powers”, which in the course of 6 sessions during the month of February will analyze the situation in North Africa and the Middle East addressing the major issues of current Euro-Mediterranean relations and the its repercussions for the future of the whole region.

This session focuses on three Islamist parties in North Africa that have been commissioned to lead the process of democratic transition and constitutional reform. Based on different national realities, Ennahda in Tunisia, the Freedom and Justice Party in Egypt and the Justice and Development Party in Morocco share a challenge: to develop their political programs and ideological postulates within a democratic system satisfying both its social bases and the broad sectors that led the revolt movements that put an end to the regimes of the Tunisian Democratic Constitutional Grouping or the Egyptian National Democratic Party and that, in the Moroccan case, forced the march of an ambitious democratizing program led by the monarchy itself. The risk of social fracture is not a futile issue in any of the three cases. To the unusual effervescence of a highly politicized and mobilized public opinion following the events of the Arab Spring -but also very fragmentary-, we must add the demands of minorities, the demands for emancipation of women, young people and social sectors traditionally excluded economically and socially. 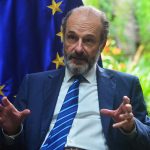 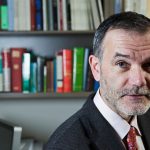