Mestre Ramon, The Llulls and the Mediterranean of His Time 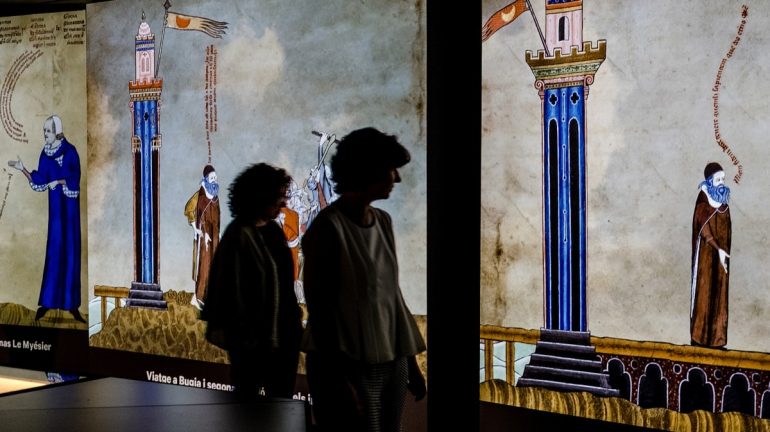 An unpublished documentary collection offers a wide portrait of the Barcelona family branch of Ramon Llull, from the middle of the XIII century until the XVII century, when the lineage became extinct. Compiled in a book-catalog, this documentary collection is presented at the academic day “Mestre Ramon, the Llulls and the Mediterranean of their time” in Vilassar de Dalt with the assistance of about seventy participants, mostly from academia.

After 2 years of compilation, identification and digitization, “El Fons Llull” from the Archive of the Marquises of Santa Maria de Barberà (AMSMB) allows us to get to know the Barcelona branch of Ramon Llull’s family, both their interest in protecting and to promote the work and figure of the thinker, as well as the imprint, influence and interests of the family in Barcelona, Mallorca, Sardinia or Valencia.

It is presented by the coordinator of the publication, Coral Cuadrada, professor of Medieval History and History of Women, Historiography and Archiving (URV) and director of this private archive of the Marquises of Santa Maria de Barberà, “the most important patrimonial-noble archive in Catalonia”, in her own words.

The compiled documentation allows us to see the evolution of the Llulls as an influential family established in the Ribera district of Barcelona. A family that, according to Cuadrada, was one of the families of important merchants who built the church of Santa Maria del Mar, “an icon of their power and activity”.