The situation of women after the revolutions of the Arab Spring and the struggle for recognition of their rights in democratic transitions are the focus of the debate “Arab women and revolts”, organized by the IEMed and the Institute Catalan International for Peace (ICIP).

This round table is moderated by Ferran Izquierdo, who highlights the importance of the role of women in the revolution, especially after the fall of the regimes in Tunisia, Egypt and Yemen, and how they are positioning themselves in the face of major political changes.
Mouna Abid talks about the case of Tunisia, she explains the difficulties that women face in this pre-constitutional phase despite the fact that they constitute 25% of the High Court for political reforms and that there are 49 women in the Assembly General of the country. Gender equality and equal opportunities continue to be at stake and are one of the key points in the great debate around the new Constitution, which in the draft spoke of complementarity and not equality.
Sahar Talaat emphasizes the important participation of women in the revolution, not only in social networks, but also in the electoral process, in the socio-political and judicial life of the country. Women, for Talaat, are politically better prepared than before and more educated. There are even organizations / associations that work to make more marginalized women more visible.
The situation in Yemen, a very conservative country where most women wear the niqab, is addressed by researcher Ewa Strzelecka, who explains how women broke the silence and took to the streets, also breaking social norms, speaking in public and manifesting itself, despite threats by radical Islamists to both women and youth. According to her, there is a struggle for female representation in all institutions and this issue, which had to be approved by a 20% share in the government of national unity, was rejected at the last minute with the argument of setting a “Appropriate representation”. 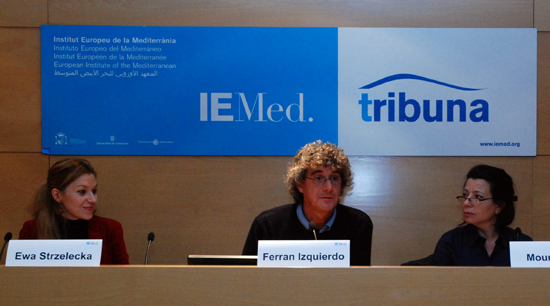