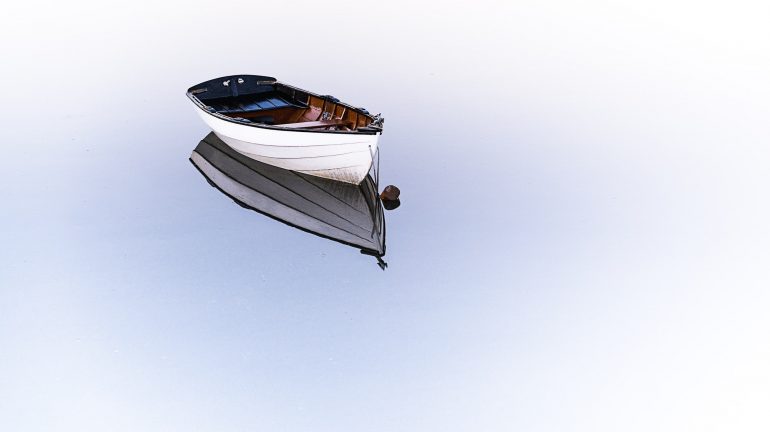 The wide-brimmed hat he was wearing could not stop him sweating from his forehead and cheeks, just as his sunglasses could not conceal his obvious watchful gaze. He was holding luggage laden with clothes and personal things, as his heart was loaded with endless troubles and immense pain. The long wait since the early morning made him lose all his energy, despite the fatty breakfast he had eaten, which was prepared for him by his mother while she bid him a farewell and murmured:

“Samy, this is the last breakfast for you in Gaza and, God willing, your breakfast tomorrow will be in Manchester.”

He smiled as he recalled this situation. The growing fatigue made him unashamed to sit on his suitcase, and he started to scan the large number of travellers overcrowding the departure lounge inside and outside. Everyone had been waiting their turn since the early morning. Since the closure of the crossing two years ago, it had not opened for passengers except when it rains in summer.

His mind began to wander towards the PhD scholarship which would be cancelled if he could not travel in the next two months. He had spent many nights awake studying hard to earn such an opportunity, but his future was threatened by this dreaded crossing. He wished he were a bird so that he could fly wherever he wanted. If he had been born in one of the independent countries, he would not have experienced such troubles and misery. The voice of the crossing officer interrupted his thoughts, as he declared over a loudspeaker:

“The crossing has been closed from the other side until further notice, kindly evacuate.” Towards Hope Alaa Almalfouth. Palestine

The news was more painful than a dagger stabbing his chest. He walked towards the officer through the crowd of travellers, who raised their angry furious voices, and tried to question the closure. The officer interrupted, telling him that the Palestinian side is powerless.

Samy dragged his feet as depression and grief added twenty years to his twentyfive year old face. He took a bus home, leaving the crossing and abandoning his dreams. It did not take long for him to reach home; he rushed to his bed and drifted into deep sleep.

The sunrays infiltrating the window burned his face, and an intruding fly buzzed around him. He tried to continue sleeping but the heat of the sun and the buzzing fly prevented him. Moments later, he heard his mother calling:

He woke up lazily, washed his face and sat around the table along with his parents and siblings. The television was showing the morning news, which was the same as every day. Samy was the eldest; Mahmoud was his younger brother, who was in grade one and his sisters were Maysa, Ghada and Reem. Samy started eating greedily, moving between hard-boiled eggs, olives and the bean salad with lemon and green pepper, one of his mother’s specialities. His father watched tenderly with eyes surrounded by ageing wrinkles. His father wanted to speak, but he declined so that he would not interrupt his bird from recharging the energy that he had consumed the previous day. But his anger rose when he heard the broadcaster announcing that some humanitarian and European or ganizations were going to form the first ship of solidarity to break the siege in Gaza over the next month. He spoke sharply:

“This is nonsense; the whole world conspires against us and does not rescue our nation. How will we benefit from a solidarity ship carrying some medical and nutrition aid? In Gaza, we are like swarms of birds imprisoned in a small cage. We are not looking for some crumbs of food or drops of medicine, but we strongly need to destroy the cage and fly freely.”

Samy replied quietly: “Let me disagree with you my dear father; the European nations sympathize with us completely and they strive to expose and break the blockade through hundreds of humanitarian, human rights and culture organizations.”

His father looked with scepticism, but Samy went on: “Through my posts as a specialist in human rights in several meetings, via video conferences and live chat on the internet, I built many relationships with Europeans of multiple spectra and beliefs.”

His mother intervened and said simply: “So did you meet any European girls?”

Samy answered with a smile: “Yes mum, many girls participate in those meetings, some of them have a significant role in organizing this ship, like my Cyprus friend, Maria.” Then he continued talking to his father: “More ships are to come from several European countries and Arab countries as well. This will continue till they break the naval blockade of Gaza.”

His mother poured a cup of tea, handed it to Samy and said sweetly: “My wish is to attend your wedding and hold your babies.”

Samy replied softly: “Everything has its suitable time, now I devote myself to my PhD.”

His father interrupted: “But how will you travel when the crossings are closed?”

Samy sighed heavily and answered: “My case is the same as dozens of students.”

He sipped some tea and went on, giving himself a little bit of hope: “God willing, all our problems will be solved soon, but I desperately need your prayers.”

His mother raised her hands spontaneously and prayed: “May God look over all your affairs and grant you what you wish.”

This simple but touching prayer made Samy shiver, he had already finished his cup of tea, so he excused himself and went to his room to change his clothes. Then he went out to buy some goods from the market.

Days passed and the arrival of the dear guest approached. The momentous day came and the media was ready. Samy participated with the Palestinians who amassed flags, banners and hopes. Out of their extreme joy and love, the masses felt that it was not enough to receive their guests at the airport, so they boarded boats and headed out to the sea. The distinctive flags waved at a distance, then it came closer and closer till the flags and hearts were mixed amid the cheers and joy of the crowd. Some of the gull flocks formed in the sky as if they were welcoming the visitors with a sky show. The delegation reached the port and hands were shaking.

When the harbour splendour calmed down, Samy accompanied some of those working and interested in his field on a tour around the sector, and briefed them on the reality of the tragedy his people were experiencing under the blockade. They were shocked when they saw the suffering of those people to the extent that one of them told Samy:

“You will never go to hell, because you are already there.”

The successful arrival of the ship received intense media coverage during the day and the following days. This event en couraged a flood of international institutions to set plans for similar campaigns and even bigger ones. A few days later, the delegation departed Gaza the same way as their came, after giving its people a glimmer of light and hope for tomorrow.

Sleep prevailed over the quarter where Samy lived; nothing could be heard except the intermittent sound of some quarrelsome cats that meowed every now and then. Samy was lying on the bed trying to sleep, but thinking about his future brought him into a bitter conflict and stole his peace. In only a few weeks he would lose the PhD scholarship, which he had been waiting for with bated breath. He tried to occupy his mind by evoking relaxing situations, but he failed, so he grabbed one of his history books out of the closet and started reading. He read about wars here and there, about massacres and pogroms, wondering if the world can one day live in peace without bloodshed, if the poor and oppressed people can enjoy life in the dark depths of justice and equality, if… if… He started to sail through the pages of his book and among his unanswered questions till he dropped off. He awoke to the sound of his ringing mobile phone, looked at his watch to find it was six in the morning, took the phone and saw that his friend Maria was the caller.

“Hi Samy, sorry for calling so early, but it is an emergency,” said Maria, timidly.

“I hope everything is fine,” said Samy optimistically.

“Do not worry Samy. You told me before about the difficulty you face when you try to travel for studying. Yesterday, I was in a meeting with a number of activists and organizers for the ships that are supposed to be sent during the next two days to break the siege. I suggested the idea of accompanying you along with a number of other students on the return journey. The idea met with total acceptance!!”

“Great, thank you dear Maria, I will never ever forget your help,” said Samy cheerfully.

“Don’t mention it. I need your help in choosing about ten students who have to study in Europe,” said Maria.

“God willing, I will do my best,” promised Samy.

Samy could not hide his joy; he quickly called some of his friends and their friends, prepared the list of names and sent it to Maria. Two days later, three ships sailed from Cyprus to Gaza. The journey was fraught with risks, but the ships withstood the rough sea. In the meantime, Samy and his friends were getting ready and their heartbeats accelerated whenever they heard news about the interception of ships by hostile forces, but peace activists overcame all the difficulties. As they came nearer, their determination became fiercer. The connection between Samy and Maria continued to coordinate the trip.

A few days later, the ship docked safely at Gaza port. Those ships received a greater reception than their predecessors. When it was time to leave, the crowds gathered at the port to say goodbye, and the families of the students came to bid farewell to their loved ones. Samy hugged his parents and siblings and tears were falling from his parents’ eyes. His brother Mahmoud hugged him and whispered:

“Do not forget to bring me the big teddy bear you promised.”

The captain’s voice interrupted them when he declared that it was time for the ship to sail. Samy and his companions sailed in one of the ships waving the Palestinian and European flags and jumping for joy amid the loud cheers.

Minutes passed quickly and the ships began to sail, moving gradually towards the west. Moving towards HOPE.