Egypt, Poised for a Comeback to the Mediterranean Region 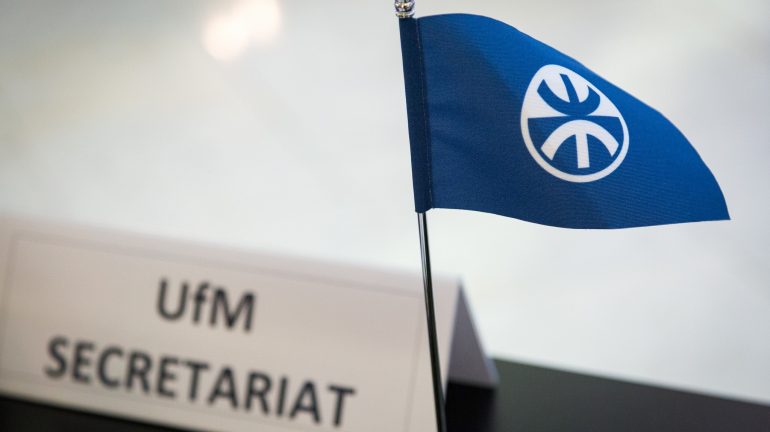 On 6 February 2018, the Senior Officials from the Ministries of Foreign Affairs of the Union for the Mediterranean member states confirmed the appointment of Egyptian Ambassador Nasser Kamel as the new Secretary General of the organisation. Fathallah Sijilmassi’s mandate came to an end on 28 February 2018. This will mark a new turning point in the life of the young institution and offers an opportunity to take stock of the work achieved over the last few years and identify the main challenges for the upcoming period.

The second consecutive term of Fathallah Sijilmassi, Secretary General of the Union for the Mediterranean (UfM), ended on 28 February 2018. The final statement of the UfM Conference of Ministers of Foreign Affairs in Marseilles (2008) is unequivocal concerning the length of the mandate for the position of the UfM Secretary General. Some in Brussels would have preferred to extend his mandate a few more months to see a foreign affairs ministerial meeting before his departure, but the Arab group of UfM countries has proven ready to propose a new Secretary General, the fourth in the organisation since its establishment 10 years ago.

Ambassador Nasser Kamel, a long-standing Egyptian career diplomat with proven experience and competence in Mediterranean affairs and in the bilateral cooperation with the European Union (EU), is set to take over. In the process of finding a suitable candidate to replace Sijilmassi as head of the UfM Secretariat, Tunisia also raised a hand. The president of Tunisia’s employers’ organisation UTICA since 2011, Wided Bouchamaoui, was seriously considered as a credible candidate for the post given her strong private sector background but Egypt was faster at rallying support around its candidate, who finally achieved the consensus of the entire Arab group and of the UfM Senior Officials on 6 February.

At a time of challenge to multilateralism and global disbandment, one cannot neglect the virtues of the UfM with all its imperfections. The previous initiatives of regional cooperation, such as the Barcelona Process, had been underpinned by a set of principles regarding human rights, good governance and international law that had been subscribed to by all the parties involved. In contrast, the UfM abandons the pursuit of political and legal reforms in the region mirroring the EU but concentrates on the political dialogue among “equal” partners and on the implementation of concrete projects in the fields of human and sustainable development. The latter appears to be in line with classical functionalist thinking: the belief that flexible and transnational institutions with clear practical functions can ameliorate the international economic environment and appease security tensions.

Even though the merciless reality has shown a regional environment increasingly in turmoil, in particular since 2011, the UfM remains the only political framework of dialogue in which the 42 Euro- Mediterranean countries have actually met and discussed at the level of Ministers of Foreign Affairs since 2015 when the regular meetings were resumed, and at the level of the various sectorial ministerial formats in line with the mandate laid down in the Paris Declaration and the acquis of the Barcelona Process. There is no other intergovernmental organisation that brings together all the Euro-Mediterranean countries and that steers a similar degree of ownership amongst its members, or at least amongst its Mediterranean riparian members.

Yet the first three years after its launch at the Paris Summit in 2008 resulted in a political stalemate due to the crisis in Gaza and the endurance of the Arab-Israeli conflict, with the consequence that the main institutional provisions laid down in the Paris Declaration (biennial UfM summits and ministerial meetings) could not be brought into play.

It was not until 2012 that the general environment started to change and both exogenous and endogenous factors propelled the UfM. Indeed, the wave of uprisings in the Arab Mediterranean countries triggered a first rethinking of the European Neighbourhood Policy (ENP) in 2011. The EU better understood the additionality that the UfM could bring into the reviewed strategy towards the Southern Mediterranean countries in pursuing state and societal resilience through economic and social development. In addition, the decision that the UfM co-presidency would be taken over by the EU and Jordan was extremely positive. Whilst Jordan is a relatively stable country that provides ownership of the initiative vis-à-vis the Arab group of UfM countries, the EU (notably the European External Action Service [EEAS], but also the European Commission [EC] and the European Investment Bank [EIB]) plays a pivotal role in steering the organisation and ensuring visibility and the inclusion of the UfM in the EU strategy towards the Southern Mediterranean countries, as it was later reflected in the “review of the review” of the ENP in November 2015 and in the EU Global Strategy in June 2016.

The consecutive appointment of two Moroccans at the helm of the UfM Secretariat in Barcelona was also reassuring. First, Ambassador Youssef Amrani, who was named deputy minister six months after he took over his job in the Secretariat. Immediately afterwards, in March 2012, Fathallah Sijilmassi was appointed UfM Secretary General, giving new proof of Morocco’s commitment to the Euro-Mediterranean Partnership. In the last few years, the UfM has intensified its activities and developed a specific methodology by bringing together member states, international financial institutions and development agencies, civil society organisations, academia and private sector representatives, which has yielded concrete positive results and given a new momentum to the regional cooperation in the Mediterranean. In terms of political dialogues, 16 ministerial conferences and several high level meetings have been held since 2012; regional dialogues on the various fields of competence (water, energy, climate change, women’s empowerment, youth employability, urban agenda, transport, research cooperation…) have increasingly been structured with the aim of interrelating the regional policy dimension with an operational translation into concrete projects. Finally, at the level of specific projects, 51 regional projects have been labelled worth more than 5 billion euros, a significant part of which are being implemented.

The most critical institutional turning point for the UfM in the short term is precisely the replacement of its current Secretary General. After a period in which the institution has expanded and gained visibility, there is no room for eventual failure. There is no doubt that the decision by Egypt to take over the leadership of the UfM Secretariat with one of its most prestigious diplomats will be followed by a greater involvement of the country in the region, a move that vanished in the aftermath of the 2011 revolution but which has progressively re-emerged since 2015.

On the other hand, in the current set of relations with the EU, Morocco’s political elite is embroiled in a certain cooperationconfrontation dichotomy. For many years, amongst the Southern Mediterranean members, Morocco, along with Tunisia, has appeared in the cooperation with the EU as the most advanced of the neighbourhood, including in the context of Euro-Mediterranean cooperation, and with that, of the UfM too. To this end, EU institutions, in particular the EEAS and the EC, should continue paying the utmost attention to maintain and strengthen bilateral ties with Morocco, as well as to facilitate spaces through which the Maghreb countries can exert a certain leadership on the regional cooperation level.

What are the conspicuous challenges that the Union for the Mediterranean will be facing in this new phase? Moving from the technocratic floor to the political arena. After the Paris Summit in 2008, there was a conscious decision to depoliticise the UfM as well as other EU policies on the region. Whilst the latter followed a logical path with a view to softening some of the relations with some of the Southern Mediterranean countries, there are consistent demands to enhance regional dialogue on political and stability-related issues. The possibility of convening a new UfM Summit of Heads of State and Government should no longer be regarded as an impossible desideratum. Similarly, the UfM Ministerial Conferences of Foreign Affairs, resumed since 2015, should be consolidated on a year-toyear basis and should gain political weight and visibility. One could also envisage the possibility of upgrading and deepening the political strategic dialogue at the Senior Official Meetings, convening Joint Strategic Permanent Committee meetings in Brussels, holding informal ministerial meetings on the margins of the United Nations General Assembly (UNGA) in order to lever the political debate and decision-making, and strengthening the mandate of the Parliamentary Assembly of the UfM now that the European Parliament will take over the rotating presidency from the end of April 2018 until the beginning of 2019, right before the start of the next electoral campaign to the European Parliament.

Practical implementation of the UfM Roadmap for Action adopted by the Ministers of Foreign Affairs in January 2017. Common (regional) pressing challenges need further regionalisation of debates, policies and decision-making. The endorsement of the Roadmap by the last ministerial meeting in Barcelona constitutes a significant leap forward in the alignment of UfM priorities with those laid down in the EU Global Strategy, and more specifically in the ENP review of 2015. Nevertheless, the practical implementation of the Roadmap as regards fields such as migration, mobility and prevention of extremism and terrorism is to be carefully monitored to avoid the Roadmap becoming an empty marketing shell rather than an effective political propeller.

While multilateralism is threatened on various fronts, the UfM should be cherished for what it has achieved, what it is and what it represents. In light of the ongoing debates about the forthcoming multiannual financial framework (2021-2027), the EU has the opportunity to give the UfM a more central role in the ENP by progressively allocating new competences, responsibilities and resources. To this end, the next UfM Regional Forum to be held in 2018, which will once again have a foreign affairs ministerial segment, should not miss the opportunity to discuss how the potential of the UfM can be unleashed.