A Free Choice and Participation Group 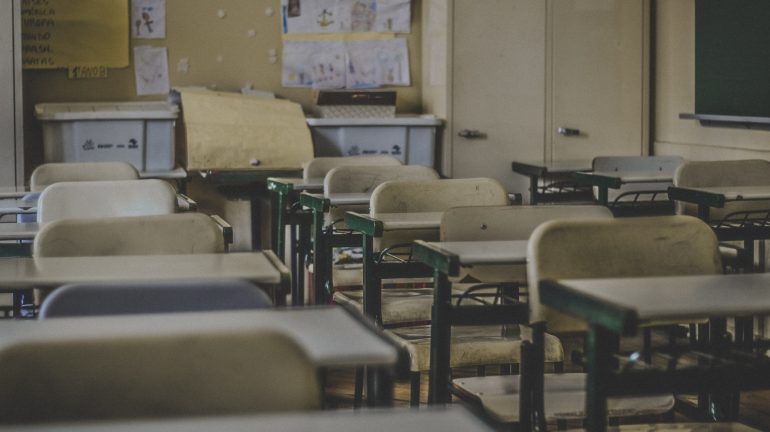 “My name is George. It means the earth-worker, the farmer. When I was a baby, I was dressed in blue like all the boys and played with car toys. I watched cartoons on TV, was afraid of the dark and prayed before going to sleep. Even when I was too sleepy, I never went to bed without saying my prayer.

When I grew up I went to school, fell in love with my girl schoolmates, scratched lyrics and graffiti on the desks. I tried my first cigarette, tasted alcohol, played truant from school to go for coffee before returning home. I took part in fights, skipped school and went to parties thrown by my classmates. Even if I was in no mood of going or had to go somewhere else, I never missed a party of my class.

“I have never done farm work. I am 26 years old, unemployed. I finished the school at the age of 18 and then I entered the university. I graduated and did my military service. When I demobbed, my parents bought me a car as a present, the same make with my father’s car. A nice and reliable car, as he alleges. Recently I do not drive much, because often I cannot afford the petrol”.

“We thank you for sharing all that with us, George. Now I’d like you to attempt to tell us again all that you have already told us but in different order. Start with what you remember more vividly without following necessarily the chronological order”.

He hesitated for a moment. He looked around in the hall and saw that everybody was staring at him. He felt like needing some air.

“Could we open the window?”

He walked to the window and opened it. He turned round to us and began: “I didn’t miss the parties of my class. I was afraid of the dark and prayed before going to sleep”.

“Why did you open the window, George? Someone might be cold”, she interrupted him.

“But I asked and you told me to open it…”

“Please, call me Helen. You are George and I’m Helen. I only replied for myself, but I can’t know how all the people who are in this class feel. Shouldn’t you have asked the other people before opening it?”

“But nobody said not to… I thought if someone didn’t want me to open the window, he would say so”.

“And you, why did you go to the parties of your class even if you didn’t want to?”

He was troubled by the question. He started to waste his breath.

“Because… because my friends went to… and because…”

“No!”, she shouted so loudly that everybody in the class turned and looked at her. George stopped speaking at once and shut the window quickly.

“Why did you shut it?”, she asked him very angrily.

In a moment her facial expression changed completely and for the first time a smile appeared on her face. At first shyly, but then it seized her whole face and her look relaxed.

“George, take your seat, please. Excuse me if I went too far. Welcome George to our group!”

“Welcome, George!”, all the people in the class said after her suggestion. They rose, shook his hand one by one and gave him a hug. Then they returned to their places and after a while George rose and said to all of them: “I’m glad to be with you”.

“May I speak?”, asked a young woman about 30 years old with pretty green eyes and disheveled hair.

“Certainly, Maria. If the others are ok with it, we are listening to you”.

They nodded as Maria cast her eyes round the class and then started speaking.

“Yesterday morning I mowed the lawn in my garden. When I finished, I thought it would be a good idea to mow the law in the little park of my neighbourhood as well, because the municipal workers don’t do that often. Till the evening I was through”.

Maria’s face glowed with a smile. When she finished, they all applauded her.

“How did you feel, Maria?”, asked Helen, when they stopped clapping.

“I felt strong. I felt I had the power to change something I didn’t like, to improve my life and my neighbours’ life”.

“George, what do you think of this?”

Helen’s question startled him. After reflecting for a while he said in measured words.

“I wouldn’t do it. It’s not my job. There are people who have to take care of the parks”.

Maria’s face became gloomy and her light green eyes like young leaves turned into cypress green. When the others saw the girl’s reaction began to murmur and gave a critical look at George.

“No, stop!”, Helen broke in on his excuses. “You have your opinion and this is respectable here”. After these words he realized that the mumbling ended.

“Yes,… I’m not sure, I don’t know…” George seemed confused and not at all secure about what he said or what’s in his mind.

“I’m addressing myself to all of you”, Helen said in a serious tone. “We are a free choice and participation group. You are here because you believe you don’t have a free choice in your life and you’d like to change that. But free choice also presupposes to respect the choices of the others. But always based on freedom and dignity”.

“And the participation?”, George asked.

“Could you reply to this question, Kostas?”

Kostas, a middle-aged man with scanty hair, rose from his seat and addressing to George said: “the participation comes after and strengthens the free choice. Each choice presupposes action and self-action. When we take part in an endeavour to achieve what we choose for us and the people around us, we feel efficient and strong”.

His question came along with a gesture like taking out a handkerchief of his pocket. But then they saw him holding a gun.

For some minutes the class was so silent that almost an eye blinking could be heard. You would say that after a while this silence became a habit and no-one was like breaking it. Lastly, trying to keep her voice steady Helen asked: “George, why do you need this gun?”

“I’d like to make a hypothetical question to the group”, he said holding the gun down.

“We are listening” said Helen being the only one who in the meantime had pulled herself together.

“Let’s say that I threaten to kill someone among you”. As soon as he completed his sentence he leveled his gun blindly at the group. “We all know that this would be a mistake. This is my question: how easy is it for someone to act so that such a thing could be avoided?”

He stared at them one by one holding the gun and trying to get an answer. As he realized that no-one wanted to speak he went on: “Let me be more specific. Let’s say that I threaten to kill Kostas”.

While he was saying that, he leveled the gun at Kostas and pointed his chest. Kostas’s face became pale and he leaned back. He came over all dizzy. He felt his heart beating so wildly that he thought it would stop. George pointing at Kostas with the gun, looked at the other eight men and women, one by one, who formed the free choice participation group. When he gazed at them, each one reacted in a different way. Some of them hid their face in their hands, some others screamed or on the contrary didn’t stir an eyelid as if they couldn’t believe what was happening right before their eyes. Maria had gone into fits of laughter resulting in sobbing and crying.

George burst into loud laughter and his eyes found their color again. Kostas felt relieved ready to seize the slightest chance that would make him feel better. This relief spread in the class automatically and some people started to smile shyly and reservedly.

“The gun is a fake. As I told you my question was hypothetical” George said and pulled the trigger which only clicked feebly. “But I think I have proven that if the action requires some risk, then it is more difficult to make a choice”.

“It isn’t always easy to get over our instincts” Helen retorted. “But anyway we are aware of the right and we fight for the best. Man is a social being and the society works properly, if its members uphold its cohesion with their action and participation”.

“May I say something? I’d like to share an action and participation experience with the group”. Now Kostas was calm; he seemed to have already left behind the fact that some minutes before he had been threatened with a gun, assumingly loaded.

“Surely, Kostas. If you are ready, we are all ears”.

He rose from his seat and approached George. With a jerky movement and before George had time to react, Kostas punched him in the face. He felled him down and began to kick him in the ribs and the face. The others watched without reacting to the successive blows at George, who was bleeding helplessly; only their faces winced with the yells of pain.

When George was exhausted even to scream, Kostas returned to his place composedly. Before taking his seat, he met Helen’s glance, and as if she had received a secret message, she rose and hit George hard, who was lying doubled up.

“We thank you for sharing your story with us, Kostas”, Helen said while she was wiping away a blood stain from her shoe. “Is there anyone else who would like to share a free choice and participation story with us?”