The Arab Spring has placed the Mediterranean region at the centre of the international agenda. The popular uprisings that originated in Tunisia soon expanded to other countries acquiring a regional dimension. The Southern Mediterranean may be today entering a post-revolutionary phase. The focus should now be put on what is next: democratisation processes or a return to authoritarianism.

Those issues are addressed at the EuroMeSCo Annual Conference 2011, which gathers over 120 participants, including researchers from the network and policy and decision makers from the Euro-Mediterranean region.

The Plenary Sessions explore the political, social and economic roots of the Arab Spring, as well as the development of the uprisings and the diverging paths they followed. The successful examples of democratic transitions in Southern and Eastern Europe are also brought forward in order to provide the countries with some lessons offered by those transformations, despite the specificity of each case. Lastly, Plenary Sessions explore the geopolitical implications of the Arab Spring and reflect on the agenda for the future of Euro-Mediterranean relations. 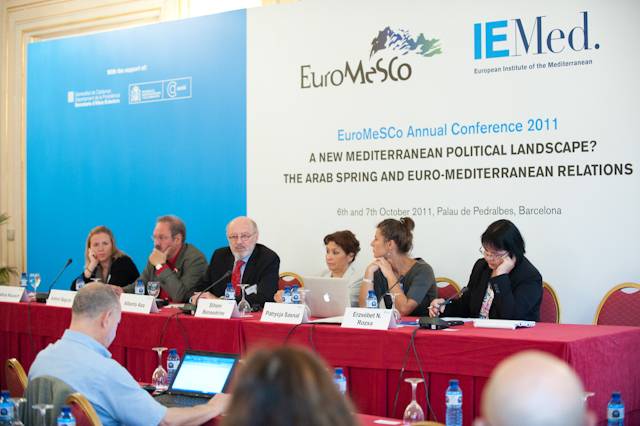