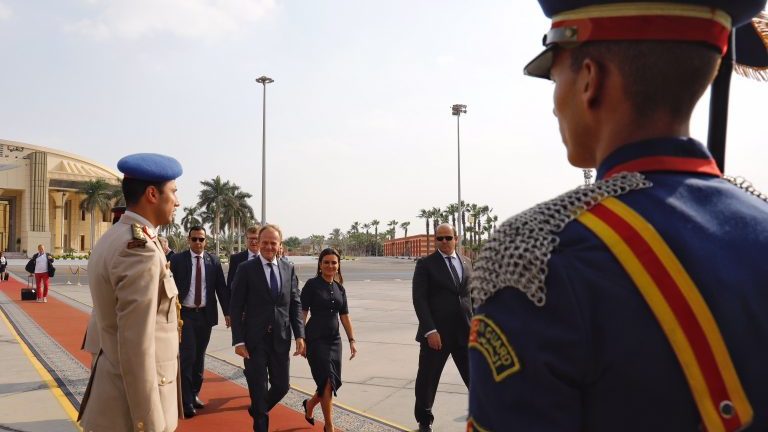 The eighth EU – Egypt Association Council is due to meet on 20 December 2018, after the structure resumed in 2015 and met for the first time in seven years in 2017. Egypt is arguably more at ease with the revised and less conditional European Neighbourhood Policy structures. The EU – Egypt relationship holds great potential for closer cooperation on socio-economic issues, especially on energy, and promises enhanced relations through other multilateral mechanisms such as the Union for the Mediterranean. The EU continues to praise Egypt’s role in tackling illegal immigration from Africa to Europe. However, political issues such as human rights and EU democracy promotion remain unresolved, whilst progress on private sector economic activity, openness and tackling youth unemployment has been modest.

The EU and Egyptian interest in restarting the EU – Egypt Association Council (AC) is based on advancing a range of political, economic, social, security and cultural interests. The EU aid commitment to Egypt of EUR 1.3 billion is primarily channelled through the 2014-2020 European Neighbourhood Instrument (ENI) for cooperation and the European Neighbourhood and Partnership Instrument (ENPI) for technical and financial cooperation (EU Delegation to Egypt, 2017). Since AC talks resumed and a Memorandum of Understanding was signed in 2017, a Single Support Framework (2017-2020) of up to EUR 528 million focuses on economic modernisation, energy and environment; social development and social protection; governance, enhancing stability and modern democratic state (EU Delegation to Egypt). The EU – Egypt partnership priorities for 2017 – 2020 cover three areas: Egypt’s sustainable modern economy and social development; a partnership in foreign policy (including stabilising the neighbourhood, crisis management and humanitarian assistance); and enhancing stability (through establishing a modern and democratic state, cooperating on security and terrorism, and managing migratory flows) (European Council, 2017). It should be noted that the themes reflect a differentiated approach through investing more in the first two categories than the last one. This is in recognition of limited opportunities to effect change in this area through economic means. However, reports on the substance of talks thus far illustrate that both sides are keenly interested in cooperating on regional issues.

In terms of the Egyptian economy, exports and tourism are recovering, the national deficit is falling and financial reserves are rising. Labour remittances are also up. Foreign investment is improving, and IMF reforms such as the flotation of the Egyptian pound and subsidy cuts have paved the way for economic growth which is expected to be 5.2 percent in 2018, whilst inflation is expected to decline to 11 percent. However, by 2028, Egypt’s working age population will increase by 20 percent, amounting to a labour force of 80 million Egyptians. Although total unemployment in Egypt dipped below 12 percent for the first time since 2011 in 2017 (Gaballa, 2017), youth unemployment is much higher, estimated at 34 percent in 2017 (The World Bank, n.d.). If Egypt can bring unemployment and labour participation in line with other developing states it could boost economic growth by as much as 8 percent (Lipton, 2018).

The IMF has clearly stated what the challenges are and the EU, which is the number one investor in Egypt and remains Egypt’s largest export market, could assist in many areas such as: contributing to regulatory certainty, reforms aimed at privatisation and empowering the private sector, and reducing barriers and protectionist measures to enable Egyptian companies to integrate more effectively into the global economy. The EU could also assist in labour reforms where EU member states have deep experience of implementing more flexible hiring and training practices. Importantly, the EU could help broaden out the social security net by helping to establish a payments architecture based on an ID system, and then channelling direct payments of subsidies and benefits via that system. Closer scientific cooperation has begun from 2008 in the EC – Egypt Agreement for Scientific and Technological Cooperation, Road Map. The EU and member states could take this further by contributing to human resource development through greater investments and the roll out of more independent educational and research institutions, should the opportunity become available.

The EU is also involved in attempts to turn Egypt into an energy hub and in support for a range of SMEs and mid-cap firms. For example, The European Investment Bank invested EUR 471.9 million in 2017 in a wind farm in the Gulf of Suez, in Egypt midcap funds and loans, and in bank loans for SMEs (European Investment Bank, 2017). The European Bank for Reconstruction and Development (EBRD) is paying to draft a solar grid code and a guide for engineers to connect solar plants to the grid. EBRD is providing a loan of up to EUR 37.9 million with other parties to finance the construction of a 50 MW solar photovoltaic plant in the Benban solar complex in Aswan (European Bank for Reconstruction and Development, 2017). There is a further 200 MW planned at Kom Ombo near Aswan and EBRD is paying EUR 1.5 million for consultants to run it (Boyd-Carpenter, 2015). The EU could be involved in supporting Cypriot and Israeli gas exports which may come through Egypt, as well as from Egypt’s own gas fields such as Zohr in the Egyptian sector of the Mediterranean sea. However, Egyptian relations with Israel, Egyptian and EU relations with Turkey, and the unresolved Cyprus conflict remain complicating factors. EU security and energy interests do not tend to work in mutually reinforcing ways and energy cooperation is often the result of political and security cooperation not vice versa. There are wider issues here too: global energy developments and the transition to renewables. In other words, the future demand for gas is uncertain. With growing domestic energy demand, gas discoveries in Egypt could be best utilized as a dividend to advance other economic interests. There could be more Egyptian economic projects implemented but they all depend on the political will to move ahead with broad based reforms apace.

Ambassador Raouf Saad, chairman of the National Bureau for the implementation of the Association Agreement at Egypt’s Ministry of Foreign Affairs, and Colin Scicluna, Deputy Managing Director of the Middle East and North Africa Department at the European External Action Service, have already met to discuss implementing 2017- 2020 priorities (“Egypt’s FM Shoukry, EU’s Mogherini to Co-Chair Egypt-EU Partnership Council Meeting in December”, 2018). They discussed the Middle East peace process, Syria, Libya and Yemen (ibid). The EU and Egypt appear to be largely on the same page regarding regional issues and this is reflected in regular discussions on foreign policy topics during each meeting. For example, High Representative/Vice President Federica Mogherini supports in particular what the UN and Egypt are doing concerning Gaza (European External Action Service, 2018). Subcommittee meetings have discussed enhancing political, economic and social cooperation and issues such as human rights, security, energy and tackling illegal immigration which the seventh AC joint statement commented on.

Egypt’s political cooperation with the EU remains limited at the early stage of reengagement through the AC. Although issues such as human rights, democracy, the rule of law and fighting corruption were discussed in forums such as the 5th meeting of EU – Egypt Subcommittee on Political Matters, Human Rights and Democracy in January 2018, there was no perceivable outcome. However, there are indications that an Egyptian government committee is being set up to review the 2017 civil society law. The chances of a uturn on a law which was widely regarded as a clamp down on NGOs looks to be slim given the domestic context and security priorities. To effect change in this area, the EU could consider a number of steps to enhance the prospects of a positive outcome without being seen to interfere in the internal judicial processes of a partner. The EU could offer expert and technical cooperation during the review process to encourage a full consideration of the advantages and drawbacks of the civil society law. A working group or contacts might also consider alternative laws, mechanisms or best practices from EU states in this area.

On the economic side, whilst the ‘more for more’ principle appears logical in supporting incremental reforms to enhance stability (European External Action Service, 2016), it might also be desirable to support and build on the IMF strategy which points to alternative futures highlighted by successful reforms in Indonesia, Mexico and India. By looking at what is proven to work under similar circumstances, it could lead the Egyptian government to adopt a set of similar policies that may better address the coming demographic crisis.

It should be a source of regret that there has been delay to the EU and Egypt dialogue which has postponed enhanced cooperation since the migrant crisis began in 2015. On 16 December 2017, the EU and Egypt kicked off the first session of a Migration Dialogue. The EU and Egypt are now working closely together on issues such as people smuggling and trafficking, promoting legal channels of migration and mobility, and protecting asylum seekers and refugees (EU Delegation to Egypt, 2017). This could be complicated by the history and changes to Sudanese immigrant status in Egypt as well as differences over official figures concerning refugees from states of origin (Karasapan, 2016). After the European meeting on migration in Salzburg in September 2018, Egypt is scheduled to host the first EU-Arab summit on tackling migrant smuggling in Africa on 24-25 February 2019. This should be a welcome development alongside EU attempts to enhance stability in Egypt.

Euro-Mediterranean cooperation in the post- Arab uprisings environment remains fragile, and this is particularly the case in Egypt. Although Egyptian engagement looks set to improve and bilateral cooperation on regional foreign policy issues may be relatively straightforward, that logic does not extend to the Egyptian political economy. More regular, strategic and technical committee meetings in Brussels, close cooperation between the EU and other donors such as the IMF, and engagement at the Heads of State and Government level would be a step in the right direction. So long as Egypt focuses on statist policies which favour the military, further opportunities for the EU to contribute to the blossoming of a wide range of socioeconomic spaces in support of Vision 2030 objectives will be constrained. However, given the economic challenges facing Gulf States such as Saudi Arabia and the UAE which have helped to support the Egyptian economy this far, the EU could become an increasingly relevant actor. The fact that a senior Egyptian diplomat, Nasser Kamel, has taken up recently the position of Secretary General of the Union for the Mediterranean, an institution largely financed and supported by the European Union, may help in strengthening ties between the EU and Egypt. Egypt will remain a pivot point on a host of other regional challenges going forward, especially on counterterrorism, migration policies, and on Libya, Gaza and the peace process.