Prior to the 1980s, Turkey was a mostly agrarian economy. In the 1960s and 1970s, having experimented with an import-substitution industrialisation strategy, the Turkish government got heavily involved in the economy through price controls and state-owned enterprises, which is still the case in some of the Southern Mediterranean countries. However, the turning point for Turkey was the 1980s when it adopted a private-sector driven, export-oriented economic model, which gradually reduced the government’s role in the economy through a series of first generation reforms. In 1980, Turkey’s exports were only USD 3 billion, 90% of which is comprised of agricultural products. Today, Turkish exports have reached a level of USD 150 billion, 90% of which is comprised of industrial goods. Turkey has also witnessed a process of rapid urbanisation in the last half century. Among countries with populations over 10 million, Turkey is the sixth most rapidly urbanising country in the world, with the urbanisation rate increasing from 30% in the 1960s to around 75% in 2012, which is similar to most EU countries. Turkey has been converging with the EU not only in terms of urbanisation levels but also in per capita income levels. In the mid-1990s, prior to Turkey’s entry into the Customs Union, Turkey had around 30% of the average EU per capita income while, as of 2012, Turkey has achieved 52% of EU per capita income, which was the threshold for most new members joining the EU in the mid-2000s.

In terms of trade patterns, we see a Turkish private sector rapidly and deeply integrating with global and regional value chains. Particularly after the 2001 crisis, which brought a macroeconomic stabilisation and normalisation framework, Turkey’s trade volume started to increase at a much faster pace, with a diversification process both in terms of markets and industries. Most of the increasing market diversity can be attributed to a much larger presence in the MENA market, with its share increasing from 13% to 35% of total exports.

In terms of investment integration with the Mediterranean region, one could say that Turkey is only just starting to adjust to a new game. Up until 2001, Turkey was attracting an annual FDI of around USD 1 billion. As a result of the 2001 macroeconomic reforms and the EU accession process that started afterwards, annual FDI inflows to Turkey reached a new level of around USD 15-20 billion, around 80% of which originates from EU countries. Between 2007 and 2012, Mediterranean countries, particularly the Northern Mediterranean economies, had an important presence in Turkish FDI. Cumulative FDI that came from Spain was USD 4.2 billion, from Greece USD 3.8 billion and from France USD 3.4 billion. In terms of FDI outflows from Turkey to the Mediterranean region, Southern Mediterranean countries appear to have a larger share vis-à-vis the North. However, the total amounts are rather small, with Tunisia receiving USD 215 million, Egypt USD 123 million and Italy USD 102 million between the years 2007 and 2012. Turkish investments span a wide range of industries in the Mediterranean countries. Large retail chains, iron and steel, motorcycle assembly in Morocco, automotive and infrastructure investment in Algeria, airport construction and housing and textile investments in Tunisia, several large-scale infra and supra-structure projects in Libya, and transportation/logistics and textile investments in Egypt are just examples of the range of industries where Turkish firms are active in the Southern Mediterranean.

Against this background, the policy takeaways could be the following:

– Making the Mediterranean more relevant for Turkey’s future. Although Turkey stands out in recent years with its solid economic performance in the Mediterranean, it needs to grow even faster and become more sophisticated to achieve the ambitious 2023 goals set out by the government. These goals include becoming one of the top ten largest economies of the world, achieving per capita income of USD 25 thousand and USD 500 billion in exports. Over the last decade, integration with the EU economy facilitated Turkey’s transformation from low technology to medium technology. However, this was not enough to make Turkey a high-technology economy and it will need to do much better in this realm. The extent to which the Mediterranean can turn into an innovation and high-tech region will make it more relevant for Turkey. Initiatives to support not only the formation of a functional economic area, but also to strengthen the sophistication of productive capabilities in the Mediterranean basin will surely increase Turkey’s incentives to be a more active Mediterranean player.

– Making Turkey more relevant for the Mediterranean’s future. As the Turkish economy rapidly transforms, its existing policy frameworks in various realms will become outdated in catering to the needs of the 21st century. One such area that needs reform is Turkey’s foreign economic relations strategy, which was designed in the 1980s to essentially enhance Turkey’s exports and bring in foreign currency. Today, however, economic relations span a much wider area, encompassing investments, value chain integration, technology transfer and technical cooperation. The existing institutions have yet to adapt to these new forms of economic relations. The existing paradigm also needs to change from a perspective that sees countries as markets to a new one that sees countries as partners. If Turkey achieves this paradigm shift and reforms its foreign economic relations strategy, there is no doubt that its role in the Mediterranean will be much more relevant. 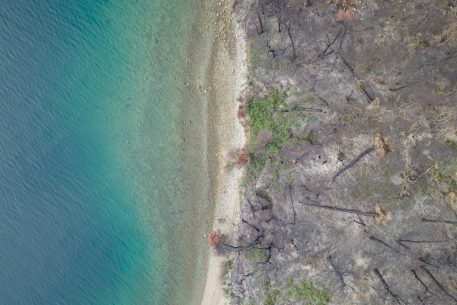 This article reflects on how in the past two years despite the productive, organizational, financial and technological capacities of our “global” societies and economies, the latter are still extremely vulnerable to global shocks such as those cr... 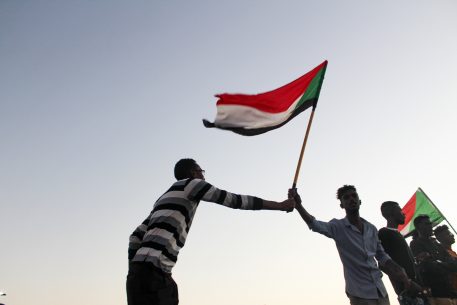 How the Situation in Sudan Is Affecting the MENA Region 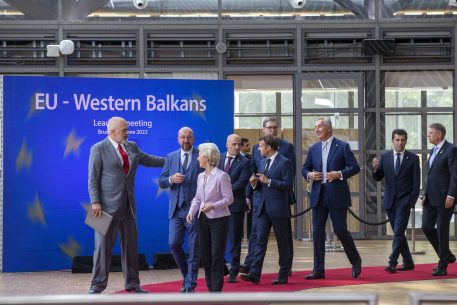