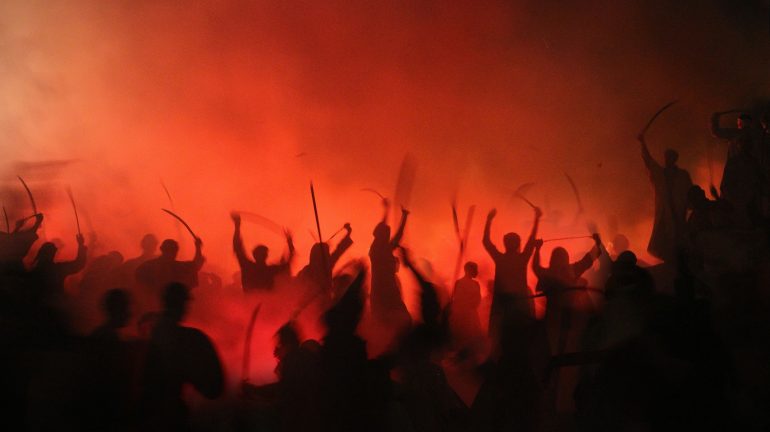 On June, 29th, my friend Emily got up at 07.30 in the morning, because she had to be at Goldman Sachs at 09.30. She does her practical training there. At the same time my brother took the train from Paris to go back to the Netherlands. He does his postgraduate studies there. In that same morning on June, 29th, I was in downtown Athens. I live there –and on that very day I thought I would die of suffocation or joy.

When people hear that I am from Greece they are likely to tell me that they have visited one of our hundreds of magnificent islands, have drunk huge quantities of ouzo and have enjoyed a summer love under the infinite sun. As I was born 22 summers ago, I have lived through these stereotypes to a great extent. So, you could say that I have lived through nice things-and if you do, you will be 100% right. What I can say is that on June, 29th, my conception of the Greek society changed completely.

I assume that you get informed through mass media and especially through the internet. I also assume that you are aware of the fact that since May we have been living through a peculiar revolt. It is a revolt not because each afternoon people of all ages are being gathered in squares where they discuss, make suggestions and adopt resolutions. Nor because there is an unprecedented mass against the harsh economic measures taken against the Greek citizens. It is about a Human Revolt. A re-determination of citizen-society relationship and mainly of citizen-citizen relationship. A relationship that is soundly founded on solidarity and active participation, but not on pillars of playing-cards that are adjusted by the personal interest.

People of almost all ages, political beliefs and from all income brackets were there. There were heroic doctors and nurses, all of them volunteers, who carried hundreds of injured people inside the metro station. Every five minutes, the time lapse between trains, people suffocating in gases and pale due to Maalox applauded these heroes, who carried the stretchers with the injured people on of this odd war. Flasks and oxygen masks were also carried by metro, because the police did not allow the ambulances to approach. Each second of these minutes, a level above, at the metro entrances, the security personnel equipped with specially filtered masks looking like urban divers guided us, encouraged us and protected us shielding us with their body against the police arbitrariness. The blows they suffered cannot be compared with the fact that we all who were there we are so thankful. I am personally thankful to that woman, almost 65 years old, who seeing that I could not keep my tearing and burning eyes open, she took out from her purse a spotlessly clean towel and wiped them away softly. So softly like a mother who loves her child.

After a while, when my friend lost his hearing for a few minutes as a firecracker went off near him, I thought that nothing more surreal could ever happen. But in two minutes, after I had seen my dear friend going mad because of the hearing loss, being panicked and puzzled and trying to find a safe place, I saw a well-dressed lady. She was around 35 and her clothes were worth her age multiplied by 10; God knows how, she was inside the metro station. She was upset and was trying to find a way out. A way out of the chemicals but also of the hundreds of people who were pale and drawn from the chemicals but at the same time angry –fairly angry. Angry about the lack of fundamental economic and social rights, angry about the bad reputation all over Europe, angry about mistakes for which they were not responsible.

Very few meters from there, having taken a wrong decision –it is usual in a panic-, we found ourselves in the center of the Constitution square. Among policemen armed to the teeth and anarchists resistant to tear gases thanks to all their years of experience, we were standing looking abashed. The neckerchiefs and the glasses that we wore could not protect us. My friend F. and I were about to faint. The tears and the agitation hindered us from seeing and literally we could hardly breathe. I do not know how and from where, two pairs of hands grasp us and hold us tight. No-one of us can resist, can see where they are taking us. They could be policemen. But they are not. They are two black-dressed guys who are taking us to two burning waste bins. The carbon dioxide released from the fire is sucking up greedily the tear gas; in these few square metres there is an odd regime of breathing asylum. Little by little we begin to breathe normally and are looking for a safe shelter as we are making our way down to the metro station.

Through all these: perturbation, out of breath and hands for help, the human Revolt had changed. We are attending a snapshot which would be downloaded massively on Youtube. Half a dozen anarchists, those you probably do not know personally but you always meet in rallies, those who your parents and your family consider as responsible for the civil disasters, entered the metro station with ice-creams and juices. They still wore masks and were dressed in black, although some of them were bare-chested from the fever of the battle, they began to treat all of us to strawberry ice-cream and apricot juice.

Even during the tough moments, life can be sweet like during those summers when you were eight years old and suntanned almost like the night, you would eat chocolate ice-cream breathlessly. After you had been smeared from face to toe, you would smile so sweetly that you deserved to be kissed! And almost always you were kissed!

Now 14 years later, you are still tanned, because you are mourning for the economic and social disaster of your country, but fortunately you have even now the sweetness of the ice-cream around your lips. Also, the sweetness of the sun and that of the hope. A hope that emerges from the ashes of a worn-out nation that will be united by grasping the hands of the other people, will hold them tightly and move towards the future with a loud laughter. 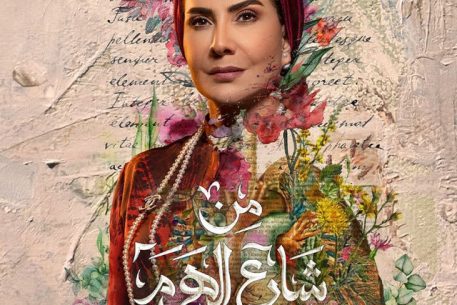 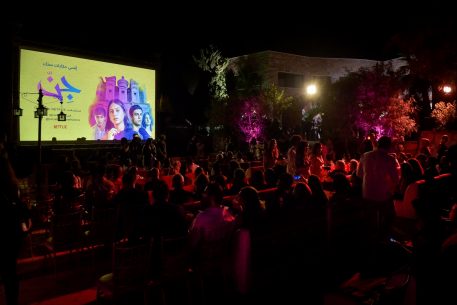