Combatting All Forms of Violence Against Women 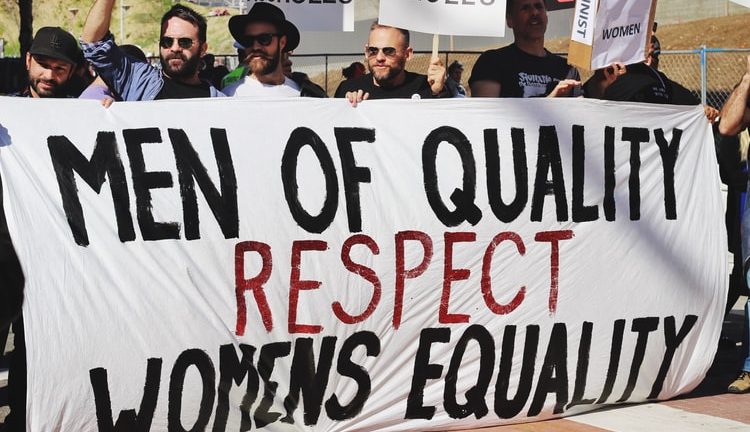 In 2016 we are celebrating the ninth year of the project “A Sea of Words”, jointly promoted by the European Institute of the Mediterranean and the Anna Lindh Foundation. The objective of the contest over this period has been to help foster dialogue between European and Mediterranean countries through exchange of experiences and knowledge between youths. On this occasion, we have sought to participate in the initiative that declared 2016 the European Year on Combating Violence Against Women, an issue that for us is of special interest because for many years the IEMed has participated in several initiatives and projects to fight against gender inequalities and foster women’s visibility in the Euro-Mediterranean area. In this respect, we should note the work of the FFEM (Euro-Mediterranean Women’s Foundation, in its French acronym).

Thus, yet another year, the European Institute of the Mediterranean wishes to promote exchange of experiences and cultural dialogue through writing in a contest aimed at young writers who, under the motto “Combating All Forms of Violence Against Women”, have created deeply moving stories. Undoubtedly, reflection stimulated by writing can improve awareness based on the need, in the first place, to question our own prejudices and stereotypes and those of people surrounding us to change our view of women and their role in current societies.

We have received over 300 texts by youths (an excellent level of participation) from 32 countries who in very different ways have explored how women are seen and their problems, their lack of a voice and empowerment, and discrimination against them, all aspects that show the violence encapsulated by the contest motto. The response of the participating young writers is characterised by its quality and, very particularly, the emotive nature and harshness of their stories. Indeed, we have been able to read very painful stories, many of them inspired by real events, that through literary language and calling on our conscience and empathy tell us about the difficulties and injustices many women endure in their daily lives. The perspectives are highly diverse, as are the settings of the stories (from developed areas to very deprived environments), but they are all a cry for help that seeks to raise awareness about the injustice and harassment that women face simply for being women.

The diversity of the stories echoes the richness brought about by the existence of different cultures and traditions in the Euro-Mediterranean area. Women are traditionally the depository of this cultural richness passed from generation to generation and that on many occasions is not visible or appreciated but highly vulnerable. Women’s empowerment and the fight for equality and an end to violence are therefore necessary for the development of strong and healthy societies.

The three winning young women in this year’s “A Sea of Words” have convincingly expressed the fighting spirit that we wanted to encourage at the IEMed. The story “Reasons and Names”, by the Syrian Noor Hariri, set in a small nameless village, features a play of voices speculating about the reasons for the death of a woman. The second winning story, “And Then Smiled the Almond Tree”, by the Tunisian Souha Bakhta, also set in a small village, depicts the struggle of a girl in search of her identity, and the very bitter clash with her society, which expects her to fit in. The third award was for the story “Chicca Is Running” by the Italian Valeria Mingolla, which describes the desperate flight of a young fugitive.

The 16 stories selected in this year’s “A Sea of Words” therefore show the need to combat all forms of violence, even the most subtle, which are entrenched in Mediterranean societies and are sometimes so much the norm that we do not see them. Hence the relevance of literature as a medium of condemnation and a call for reflection.

The enthusiastic response to this year’s “A Sea of Words” renews our faith in the usefulness of and interest in a project that will soon be ten years old and that, year after year, confirms that Euro-Mediterranean youths want to get involved in improving their societies and, above all, to contact and learn from other restless young people like them. In total, since its creation, over 2,000 young writers from Euro-Mediterranean countries have participated in the contest “A Sea of Words” and around 60% have been women. And this growing trend has continued this year: almost 65% of the stories have been written by women.

This shows that we must continue working at the IEMed and the Anna Lindh Foundation, with all the instruments within our reach, to offer young people in the Euro-Mediterranean region a society free from violence, where women can develop freely alongside men.