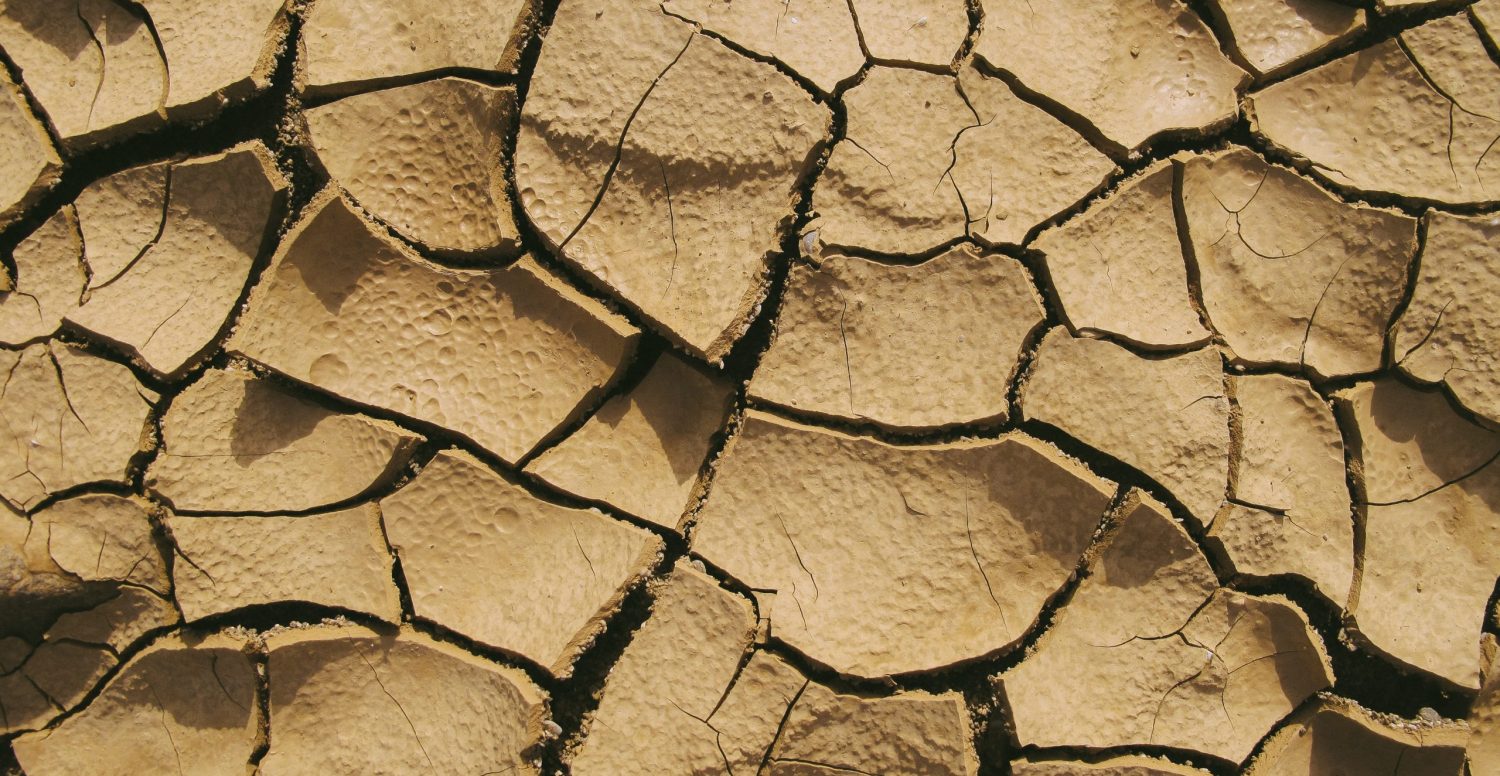 Water Crises in North Africa and the Middle East: When Anthropogenic Causes Combine with Capricious Skies

North Africa and the Middle East are now the driest regions in the world. There is nothing new about this. For many centuries, the peoples who live there have ingeniously circumvented this constraint, to the point that they have been described as hydraulic civilizations. Pharaonic Egypt and the Nabatean civilization of Petra, followed by the Arab apogees of the 9th and 12th centuries, were made possible by major social, legal and technical innovations in this geographic area, which regularly saw the emergence of hydro-powers. Though water has been an attribute of civilization, it is now a divisive factor, while at the same time revealing dynamics of political corruption that lead to its misuse. In addition to these two factors of crisis – conflict and predation – there are two other, more unprecedented factors: population growth and climate change, which are now upsetting the long-established yet fragile balance between populations and water resources.

Let us first consider these last two factors before discussing the geopolitical and political underpinnings of the current crisis.  In terms of population, the demographic transition has been unusually dynamic, with a quadrupling of the region’s inhabitants since 1950. Not only are the 440 million inhabitants much more numerous than at the end of the Second World War, but their food needs have increased tenfold due to the transition to more calorie-intensive diets. Admittedly, this food pressure on water resources is partly cushioned by agricultural imports, with all the fragility of being dependent, as we can see today with the war in the Ukraine granary. But agricultural production still represents 80% of the total.

In addition, climate change is already strongly felt in the region. For climate experts, the region is even a global hotspot for the changes taking place: temperatures are expected to rise more than the general average and precipitation is expected to fall to a greater extent. It is therefore not surprising that Algeria and Iranian Khuzestan experienced severe water crises in the summer of 2021, Iraq in 2018 and again in 2021, and that Morocco is now experiencing its worst drought since 1980. These are only the most severe of the recent crises where climate change is undoubtedly a factor. In many cases, the severity of the crisis has led to protests that are sometimes violent. Indeed, the social and health consequences are serious. In Iraq in particular, many farmers in the south of the country have had to give up their activity, which had already been undermined by years of conflict, and tens of thousands of people have fallen ill from severely degraded water. Without going back too far, we can also recall the terrible drought that occurred in Syria between 2006 and 2010, forcing some 300,000 people from the north-east of the country to flee; for some commentators, it was even a cause of the rise in mistrust against the Bashar Al-Assad regime, to the point that the civil war that followed is sometimes presented as one of the first climate wars. We must approach this analysis with great caution, as the uprising has a multiplicity of causes. The fact remains that the droughts already frequent in these climates are becoming even more so. While this climatic reality is not without impact on the water crisis, other factors explain it.

Apart from blaming the climate, the authorities of countries in crisis tend to blame the other riverside neighbours of the same basin, in a water-sharing situation that is much more prevalent in the Middle East than in the Maghreb. Thus, in the recent crisis in Iraq or in Syria before 2010, the authorities referred to the withdrawals made by Turkey upstream. This geopolitical dimension of the water problem in the Mesopotamian basin, as elsewhere in the Middle East, which is a veritable arena for “water violence” due to the aridity predominating there, should not be overlooked any more than the climate. Such violence is perpetrated by countries that exploit a favourable balance of power to set themselves up as hydro-hegemonies. Regardless of whether they are located upstream or downstream, it is the power differential that prevails. And there is no need for the wars that the expression “water wars” tends to suggest.

Establishing itself as a hydro-hegemon, Turkey, the water tower of the Euphrates and Tigris rivers, has been deploying vast hydraulic projects in the south-east of its territory since the early 1990s. The GAP project (South-East Anatolia Project) aims to irrigate and produce hydroelectricity in this Kurdish area, which, thanks to these development efforts, should become more cohesive with the rest of the country. But this is not without effect on Iraq and Syria downstream. Support for the guerrilla movement of the Kurdistan Workers’ Party (PKK), which for a time hampered the deployment of this major project, has long allowed these two countries to slow it down in order to preserve the discharge of the two rivers flowing through their territory. But their political weakening since the American intervention in Iraq in 2003 and the civil war in Syria after 2011 has allowed Ankara to accelerate the development of irrigation, which diverts part of the water from the two rivers before they leave Turkey. If 500,000 hectares have already been irrigated, what will happen to Iraq and Syria when the project reaches its target of 1.7 million hectares?

In the region, Turkey does not have a monopoly on this hydro-hegemony. In the Jordan River basin, Israel, protected by its military arsenal, also imposes its hydro-hegemony on its upstream neighbours. Lebanon is only too aware of this since it cannot fully use the waters in the south of its territory but has to keep them flowing towards Israel. And how can we forget the Palestinians, who have to be content with using 20% of their groundwater, so that the majority of it reaches Israeli territory? Thanks to a highly effective system of constraints (control of wells, irrigation quotas, etc.) set up after 1967, the Israelis have managed to appropriate 80% of the West Bank’s groundwater, to the point that the Oslo II agreements ratified this situation in 1995. Of course, this was a provisional agreement, and everything was to be renegotiated at the end of the peace process. But the peace process is dead and the provisional agreement endures, while the commission in charge of the “agreement,” with its false airs of cooperation, is only the expression of Israel’s domination, because the Israeli right of veto ensures effective containment of Palestinian needs. Although the West Bank Palestinians can only use 20% of the water in the West Bank, the population has increased considerably since 1993, which jeopardizes agricultural development and even access to drinking water. In the Gaza Strip, the situation is worse. The population of 2 million inhabitants has to rely on a water table that is so low it becomes saline with the inflow of sea water, not to mention the fact that the human concentration requires extensive sanitation. The production of drinking water is therefore difficult and requires a great deal of infrastructure. However, not only did each of the various military operations of 2008-2009-2012 and 2014 destroy some of these infrastructures, but the blockade by Israel does not facilitate their development, given the filtering of materials carried out at the entrance to the Gaza Strip.

Finally, on the Nile, Egypt and, to a lesser extent, Sudan, have also been able to impose their hydro-hegemony on upstream countries, starting with Ethiopia, which is now taking its revenge after decades of relegation. As early as 1959, Egypt and Sudan, which had just become independent, had agreed to share the waters of the Nile and to grant themselves a de facto right of veto over upstream development. By organizing the repudiation of this agreement by the upstream countries in 2010, then starting the construction of the Renaissance Dam in 2011, despite protests from Cairo and Khartoum, Addis Ababa has shown its determination: after a decade of Egypt and Sudan’s opposition to this project, it has been completed. Now the dispute is about how quickly this vast water reservoir should be filled. While Egypt demands a long fill, in order to spare the downstream flow, Ethiopia wants it to be quick, as it is in a hurry to generate hydroelectricity for its territory and beyond. Although direct conflict has been avoided so far, tensions remain high in the basin. It must also be noted that hydro-hegemony is being shifted to the Ethiopian headwaters, where 86% of the Nile’s flow to Egypt arises.

While these hydro-hegemonic behaviours and the deterioration of the climate have serious consequences, certain powers in the throes of these crises tend to ignore internal factors. In this manner, they attempt to exonerate themselves from any responsibility. Hence, lack of governance is a reality that is difficult to ignore for anyone willing to take a serious look. Let’s consider the development of speculative agriculture, at times very expensive in terms of water – for example, intensive cotton cultivation, which increased the effects of the drought in Syria tenfold between 2006 and 2010 –, inadequate pricing policies, the failure to heed the warnings of scientists in these countries, as well as the delays in building infrastructure or repairing networks.

This incompetence is above all compounded by a state of corruption characteristic of such authoritarian regimes. For instance, in Algeria, as part of the partial purge carried out by the ”post-Bouteflika” government, four former water resource ministers were sent to prison for corruption. In order to keep a grip on power, the new authorities, following the lead of their predecessors, felt obliged to give pledges to the protesters of the popular uprising (Hirak) launched in 2019. In Iran, the construction of dams, which expose large volumes to evaporation, was carried out without public tenders or scientific studies, the company in charge of their construction being in the hands of the Revolutionary Guards, with all the corruption that this situation entails. In Iraq, where power is in the hands of militia groups, investment budgets have regularly vanished. In Syria, this corruption at the top levels of power also exists at lower levels. In all the countries of the region, many wells for agriculture and drinking water are built illegally, but this corruption from below is in fact sanctioned from above, with the authorities turning a blind eye to the practices of a population that is all the more difficult to handle because the authorities feel they have little legitimacy. A “fierce” state is not a strong state… The state of revolt in the region since the beginning of the 2010s is there to remind them of this.

This water crisis is in fact only part of the systemic crisis afflicting a region that is plagued by predatory states, inadequate public policies and ongoing conflicts. In any case, it reveals that climate change cannot be tackled, beyond innovations of all kinds, without the Rule of Law and cooperation. That is the agenda of this region. Many of its residents, tired of the prevailing violence, long for this.