Turkey and the Seemingly Unstoppable Erdogan

Turkey’s embattled prime minister, Recep Tayyip Erdogan, mired in allegations of corruption and the target of massive protests against his authoritarian rule, appears to be invincible. His Justice and Development Party (AKP) swept the board in March’s local elections, notching up its eighth consecutive win – including two referendums – since it first came to power in 2002. The party’s share of the municipal vote on a voter turnout of 90% increased from 38.4% to 45.5% (see Figure 1).

Figure 1. Percentage of votes in local and general elections 2004-2014 of the three main parties

Although lower than the 50% share of the vote in the 2011 general election, the victory of the Islamist-rooted AKP was very much a personal and stunning victory for Erdogan as he successfully turned the local election into a personal referendum on his style of rule.

The blocking of Twitter and the banning of YouTube in the lead-up to the election, after a flood of leaked tape-recordings posted on the social media sites detailed the purported shady business dealings of Erdogan, his children and senior AKP officials, did little, if anything, to dent the prime minister’s popularity.

After the elections, the Constitutional Court lifted the ban on the two sites, but this was challenged by Erdogan, who called the spread of secret recordings a violation of his family’s rights.

The AKP won 20.5 million votes compared to the combined 19.3 million votes of the centre left Republican People’s Party (CHP), established by Mustafa Kemal Atatürk, the founder of the secular Turkey Republic in 1923 from the ruins of the Ottoman Empire, and the right-wing Nationalist Action Party (MHP). The AKP held on to both Istanbul, the largest city and the springboard from where Erdogan, as mayor (1994-98), began his political ascendance, and Ankara, the country’s capital, albeit this one narrowly.

The CHP and the MHP were no match for the AKP’s formidable vote-catching machine, which steamrolled through the country garnering support. Erdogan treated the local election as if he was running for prime minister again. He barnstormed around the country with some 60 rallies. The AKP also benefited from the economic prosperity created over the last decade; per capita income nearly tripled and now exceeds $10,000.

Emboldened by his victory, Erdogan thundered from the balcony of the AKP’s headquarters in Ankara that he would go after his enemies. “We will not surrender to Pennsylvania and their offshoots in Turkey. From tomorrow, there may be some who flee, there are some who already fled. We will enter their lair. They will pay for this. They will pay the price.”

This was a clear reference to Fethullah Gülen, the US-based moderate Muslim cleric and former ally of Erdogan, who was believed to be behind the release of the leaked tape-recordings. The Sufi-inspired Gülen fled Turkey in 1999, apparently fearing he would be arrested for plotting against the secular state. He runs a global network of schools, media outlets and charities and his followers are well placed in the police and judiciary, creating what Erdogan calls a “parallel state.”

The alliance with Gülenists served Erdogan well after he became prime minister in 2003 with 34% of the vote, a major shock for the entrenched “deep state” (a shadowy network of elites in the armed forces, the judiciary and the government bureaucracy).

Gülen supporters in the judiciary and police, long established bastions of the secular order, went after alleged coup plotters and those associated with the deep state in high profile trials known as Ergenekon and Sledgehammer that were widely believed to be based on flimsy evidence in some cases. When the corruption scandals began to be aired the government purged the judiciary and the police.

In 2012 and 2013 hundreds of people were given prison sentences, including many high-ranking officers in the once all-powerful military, the traditional arbiter of political life which staged three coups against elected governments between 1960 and 1980 and got rid of another government in 1997 (a precursor of the AKP) after issuing a memorandum against it. There was also a move by the military against the AKP in 2007, which backfired as Erdogan called and won a snap general election.

Erdogan’s victory cleared the way for him to run for the presidency in the inaugural direct election for the post in August, a post he hankers after but one that is largely ceremonial as it does not have the greater French-style executive powers that he would like as the AKP does not have the required two-thirds support in parliament to push through reforms. He could run for the presidency (a decision expected by the middle of May) and before next June’s general election, the AKP, which would almost certainly win, could change the electoral law, which could give it more seats in the next parliament and enable it to push through reforms on the presidency.

The alternative for Erdogan would be to seek a fourth term as prime minister if the AKP changes its bylaws that limit leaders to three terms. Erdogan’s term ends in May 2015.

President Abdullah Gül, co-founder of the AKP with Erdogan, put an end in April to the speculation that he could swap jobs with Erdogan when he ruled out following the Russian example of Vladimir Putin and Dmitry Medvedev in 2012. He said such a move “would not be a very suitable model for a democracy.” Gül as prime minister would have been a less divisive figure than Erdogan, whose concept of democracy has become increasingly majoritarian the more he has been in office.

Erdogan was riding a crest of popularity and was most unlikely to become more accommodating toward his critics. The parliament approved legislation in April that bolstered the powers of the intelligence services. Among other powers, it allows the National Intelligence Agency, or MIT, to demand documents, data and recordings from state bodies, companies, non-governmental organisations and banks, while increasing its protection from prosecution. Opposition parties and civil society said the new law would only deepen the trend towards greater authoritarianism.

If Erdogan has an Achilles heel it could be the economy which, after stellar growth rates of 9% in 2010 and 2011, slowed to 4% in 2013 and could be as low as 2.5% this year. The rating agency Moody’s downgraded Turkey’s outlook in April from stable to negative. Like Spain before the onset of its crisis in 2008, Turkey’s boom has been largely based on debt-fuelled consumption; the current account deficit was close to 8% of GDP in 2013. The central bank was forced into a U-turn in January when it hiked interest rates in a bid to discourage foreign capital outflows. The economy is too reliant on hot money, which can leave as quickly as it arrives.

Meanwhile, EU accession negotiations, which began in October 2005 and have moved at a snail’s pace, picked up in November 2013 with the opening of the first chapter, or policy area, in three years. Fourteen of the 35 chapters have now been opened. Around half of them, however, are either still blocked because of French and Cypriot objections or frozen by Brussels because of Ankara’s failure to implement the 2005 Ankara Protocol and open its ports and airports to Greek Cypriot traffic and hence extend its customs union with the EU (since 1996) and recognise the Republic of Cyprus, an EU country since 2004. Turkey has occupied the northern part of Cyprus since invading the country in 1974.

Another hiatus was also ended in February when talks to reunify Cyprus were resumed after 18 months. The last talks were suspended when Cyprus assumed the rotating presidency of the European Union in July 2012. Nicos Anastasiades, the president of Cyprus since 2013 and the only heavyweight politician to vote in favour of the 2004 Annan plan to reunify the island when he was head of the conservative Democratic Rally party, met his Turkish Cypriot counterpart Dervis Eroglu on neutral ground. A majority of Greek Cypriots rejected the plan and most Turkish Cypriots voted in favour. Both leaders claimed they wanted to end the island’s division “as soon as possible,” music to the ears of the international community, which has heard the same tune for decades.

This time there seems to be a greater urgency to resolve one of the world’s longest running disputes, and that is because of the discovery of significant natural gas in the exclusive economic zone of the Republic of Cyprus and greater pressure from Washington for a settlement. Moreover, the Aphrodite natural gas field, with an estimated 4.2 trillion cubic feet, is close to Israel’s even bigger Leviathan gas field. Energy-hungry Turkey (population 74 million) is the logical place to receive piped gas from this area as it has no energy of its own to speak of and is already shaping up to be a major transit point for the wider European energy market.

Indebted Cyprus, bailed out by the EU in 2013, is unlikely to allow its gas to go to Turkey unless there is a definitive solution to the island’s reunification. Resolving the dispute would benefit the Cypriot economy and enhance Turkey’s flagging EU membership prospects. Whatever happens, Erdogan is here to stay. 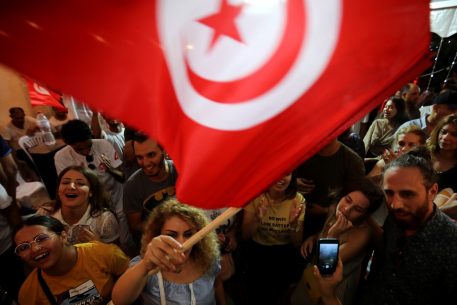 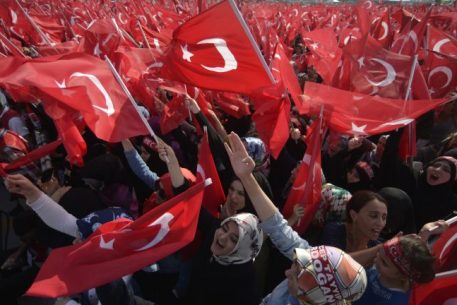 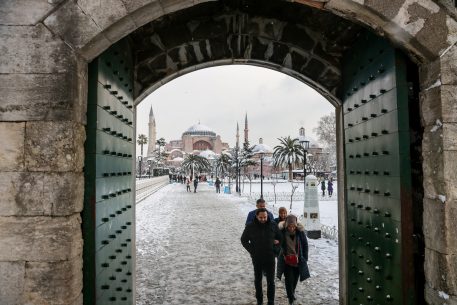 Implications of the Conversion of Hagia Sophia into a Mosque, Inside and Outside Turkey

The Hagia Sophia’s conversion can also be seen as marking Turkey’s reemergence in regional politics.