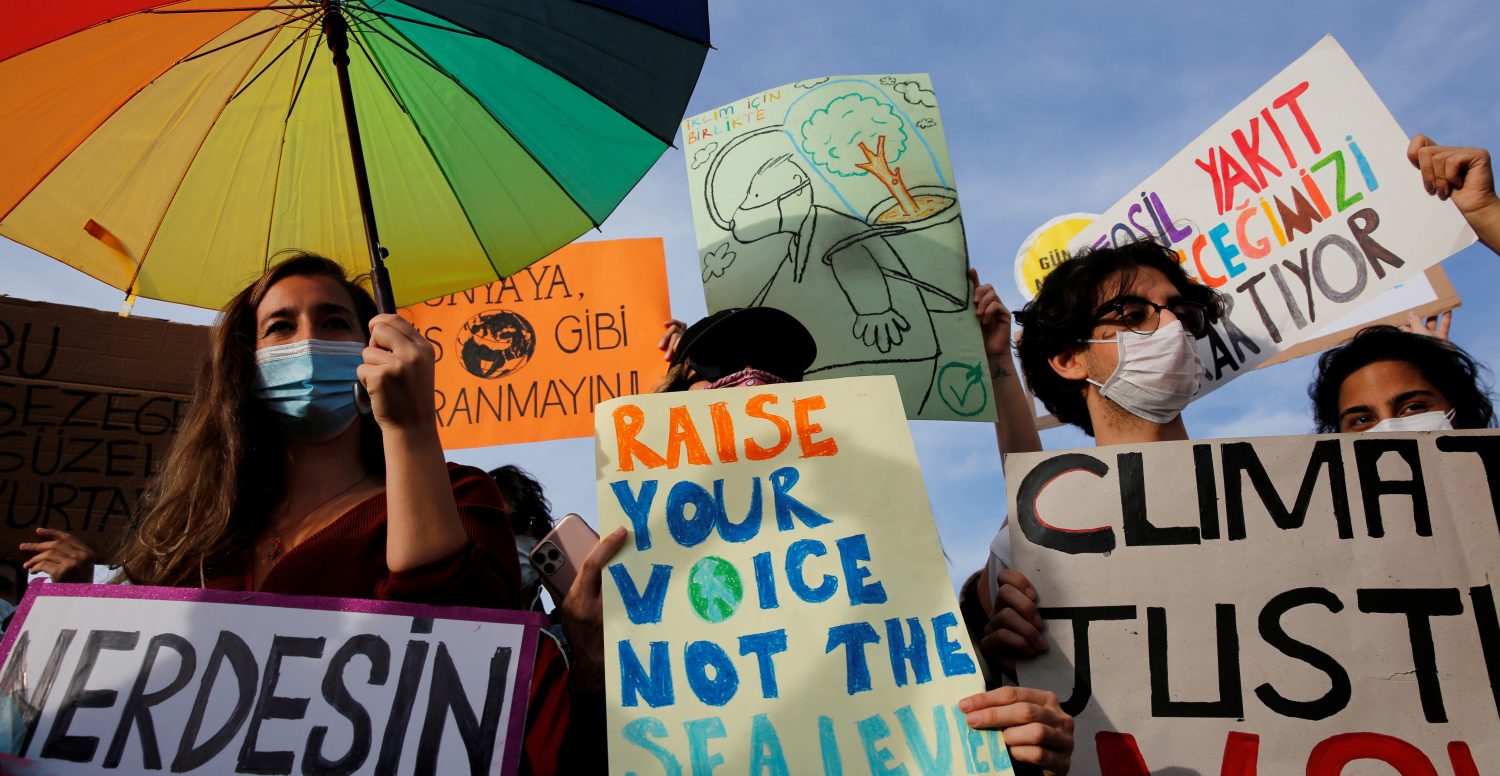 The Mediterranean Region: A Cocktail of Climate and Environmental Risks

The Mediterranean Basin, with its long history of human settlement, is now considered a «hotspot» of risks for ecosystems and societies, due to rapid climatic and environmental changes exacerbated by economic, social and political tensions and imbalances. Its growing population, often concentrated on the coast, is facing multiple risks due to rapid warming, increasing droughts and heat waves, rising sea levels, and air and water pollution on land and at sea. A specific effort to synthesise existing scientific knowledge across disciplines has led to a better understanding of these risks (MedECC, 2020), thanks to the MedECC network of climate change experts(www.medecc.org).

The Mediterranean Basin has not always had such a dry climate. On the scale of the Holocene (the last twelve thousand years), the rainiest period was between 8 and 6 thousand years ago. This was a prosperous period for agriculture thanks to relatively copious water resources over large areas, even as far as the Sahara, which has been described as green at that time. Subsequently, precipitation gradually decreased in summer and it can be said that this marked the strengthening, if not the beginning, of the Mediterranean climate. During this period, there were several particularly dry periods, around 5200, 4200 and 3200 years before the present. They may have lasted several centuries and were accompanied by fairly strong civilisational events in Mesopotamia and the Middle East. The last one, called the Late Bronze Age Crisis, saw flourishing cities on the eastern coast revert to a semi-nomadic state. The societal impacts are visible throughout the eastern Mediterranean basin. While these changes were due to natural factors (linked to the earth’s orbit around the sun), the current ones are due to anthropogenic emissions of greenhouse gases such as carbon dioxide and methane.

Due to a 50% increase in the latter, the average rise in air temperature in the Mediterranean basin has now reached +1.6 °C, compared to the pre-industrial period (1850-1900), i.e., more than the global average increase, which has just exceeded +1.1 °C (IPCC 2021). This faster warming is similar to that of most of the world’s land areas, which are generally warming faster than the ocean surface. Over circum-Mediterranean lands, the additional warming by the end of the 21st century is expected to be at least 0.9-1.5°C for a very ambitious scenario of greenhouse gas emission reductions (satisfying the Paris Agreement), but more likely on the order of 3.7-5.6°C in the case of continued absence of strong climate policies (Chart1).

With such high rates of warming, the intensity and frequency of heat waves will increase sharply, especially in urban areas already particularly exposed by their coastal location in a hot Mediterranean climate in summer. Heat waves – characterized by significantly higher than normal daytime and night-time temperatures for several consecutive days – will be more frequent and intense than before. They will also be more intense in the heart of cities because of the urban heat island phenomenon linked to mineral surfaces. In old Mediterranean towns, their narrow streets (even if they are sometimes very congested, poorly ventilated and have little vegetation), small openings and reflective white buildings made it possible to attenuate the effect of heat peaks, but modern cities made of concrete and glass can only protect against heat waves at the cost of powerful electric air conditioning, inducing a positive feedback loop on the climate.

The semi-enclosed and relatively shallow Mediterranean Sea is warming faster than the world ocean (+0.3°C to +0.4 °C per decade compared to about 0.2°C globally). In addition, the acidification of the sea, caused by the increase in atmospheric CO2, is expected to progress more rapidly than that of the global ocean, due to the higher alkalinity of Mediterranean waters. By 2100, the increase in acidity could reach -0.46 pH units, resulting in significant loss of shellfish.

An important specificity of the Mediterranean is its virtual absence of tides, which has allowed people to build as close to the sea as possible. With the rise in sea level – 20cm since the end of the 19th century – cities, infrastructures and heritage buildings are in danger of increasingly frequent flooding. Due to the thermal expansion of the oceans, but also increasingly due to the loss of ice in the world’s mountains and in Greenland – the current rate of rise is accelerating and has recently reached 4.8 mm per year. According to greenhouse gas emission scenarios, sea levels in the Mediterranean by 2100 are likely to be 40-120 cm higher than today. Much higher levels (170 cm by 2100), caused by the destabilisation of the Antarctic ice caps, cannot be excluded (IPCC, 2021). This means that even with ambitious climate policies and dramatic reductions in greenhouse gas concentrations, sea level rise will continue. In the deltas and estuaries of large rivers, this will lead to rapid coastal retreat, a process further compounded by the decrease in sediment supply from rivers due to dams and urbanisation upstream.

Precipitation is undergoing a paradoxical evolution with an accentuation of drought during the summer months and an increase in heavy rainfall and thus flood risk in the winter months. Future climate projections indicate a predominant shift towards a precipitation regime with greater inter-annual variability, higher intensity and greater extremes (particularly in winter, spring and autumn in the north), less frequent precipitation and longer droughts (especially in summer and in southern countries). An average decrease of 4% in rainfall per degree of global warming is calculated. Despite strong regional variations, summer rainfall is likely to decrease by 10-30% in some regions. Furthermore, stormy precipitation will cause flooding, aggravated by the artificialisation of the soil, particularly in urban areas.

The infographic (Chart 2) summarises the most important risks arising from climatic and non-climatic factors.

CHART 2 Environmental Change: Risks and Impacts on the Mediterranean Basin

Water resources in the Mediterranean Basin are generally scarce, even in the absence of environmental change, particularly in the southern and eastern Mediterranean countries, where freshwater reserves are limited, unevenly distributed and often insufficient to meet human and environmental needs. In these countries, which have less than 30% of the freshwater in the entire basin, agriculture currently uses 76-79% of this resource. Overall, water demand is expected to increase by 22-74% by 2100 due to increased irrigation needs for agriculture, population growth and tourism.

Food production on land and at sea is strongly impacted by more frequent and intense droughts, as well as soil salinisation, ocean acidification and land degradation. Reduced crop yields are projected for the next decades in most current production areas and for most crops (up to 60% with a 3-4°C climate warming).

Marine ecosystems and their biodiversity are affected by overfishing, warming (including marine heat waves), acidification and the spread of non-native species (e.g., tropical species arriving through the Suez Canal or the Strait of Gibraltar). The effects of warming are amplified by the acidification of the oceans and increased nutrient flows from land. In coastal systems, sea-level rise will impact on coastal wetlands throughout the basin – ultimately, many existing wetlands may disappear entirely this century. The survival and growth of seagrass meadows (which are an important carbon store) are also threatened.

On land, over the past 40 years, changes in biodiversity and species loss, largely caused by unsustainable land use (agricultural intensification, urbanisation, land abandonment) have led to a general homogenisation and simplification of biotic interactions. Between 1970 and 2013, 48% of Mediterranean wetlands disappeared, and 36% of wetland-dependent animals in the Mediterranean are threatened with extinction. Most global warming scenarios predict an increase in forest fires and thus in the burnt surface area in Mediterranean Europe. The area burnt in this part of the basin could increase by 40% for a warming of 1.5 °C and up to 100% of current levels for a warming of 3 °C by the end of the 21st century.

Already today, human health is affected by high temperatures as well as air and water pollution throughout the Mediterranean basin. The combined effects of expected environmental changes (notably pollution and climate change) increase human health risks in multiple ways, primarily through longer, more frequent and hotter heat waves, but also through food shortages and respiratory and cardiovascular diseases. Floods also cause significant loss of life and trauma. Vector-borne disease epidemics in the Mediterranean region are favoured by a warmer climate and changing rainfall patterns that create hospitable environments for mosquitoes, ticks and other climate-sensitive vectors, including West Nile virus, chikungunya and leishmaniasis. All of these health risks are particularly relevant for population segments, especially the elderly and young children, and for the near entirety of the population in disadvantaged areas and low-income countries.