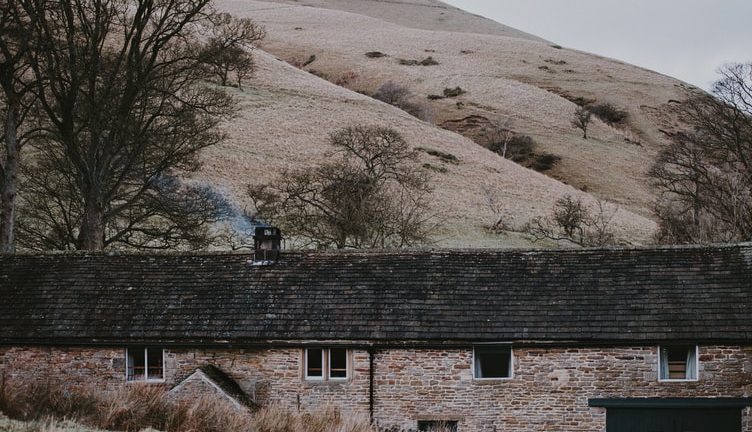 You think to yourself that it’s going to go smoothly. You pop in for a few hours, talk about the project, the benefits, present the calendar of events, and the village head will kiss your feet. After all, everyone should be interested in culture, especially the kind of culture that doesn’t deplete the local budget; on the contrary, almost a free promotion of the town, the development of its inhabitants’ awareness and interest in the region. Sounds wonderful, right? So much is said that culture builds national identity, that in developed countries, and you regard Poland as one, aesthetic needs and self-fulfillment are becoming more and more common as the people have met all the other needs from Maslow’s hierarchy. At least in big cities, at least that’s what they say, at least this is what it seems to a person working in an institution of culture, or you.

“You’re young,” they will say, “you have not seen the world yet and you have not yet gotten to know all the games that go with it.” True, you are aware that the world is not built on honesty, but it’s worth guiding it towards honesty. Youthful enthusiasm in the dream job is able to overshadow the minimum national salary, inconveniences resulting from the lack of funds to cover travel and training costs, overtime or superhuman effort in the name of carrying the torch of education. After all, you work in culture, it’s a job with a mission, you’re like a doctor, a nurse, a priest, a teacher, among such prestigious professions that the thought of having a different opinion about it does not even pass through your head.

You go to a meeting at the commune office. There’s coffee, tea, a cookie, a smiling secretary and a village head, who is only a little late. You are ready for the meeting, you know how it goes; what monuments, museums and open-air museums there are in the area, after all you work in a cultural institution and do your job well, because that’s what needs to be done. In the office, there’s a comfortable armchair, a white eagle on the wall, a cross and the coat of arms of the commune — all is in its place. The village head forewarns that he has 15 minutes for you. You planned a 2-hour meeting to explain everything, answer any doubts and ensure the attractiveness of the project. A small rural commune, ten thousand inhabitants, there will be guided tours, meetings for the local community, trade fairs promoting traditional products along with performances by the folk song and dance group, and finally a photo exhibition on the fences of houses throughout the village. That’s not all! People from nearby towns and provincial cities will come, so tourist indicators will go up, but above all it will be an opportunity to meet and strengthen the cultural identity of the inhabitants, something they should be proud of. Here 148 Bartłomiej Juszczak Bartłomiej Juszczak you catch your breath and explain that all the costs are covered by the institute, all you need is logistic and organizational help, and you are leaving an example program and plan of events. Fourteen minutes, fifty-nine seconds. A stone facial expression. “We’ll think about it,” you hear.

A week passes, there is no answer. You call, you ask, request a telephone conversation with the village head. You will find out in a moment that it is an additional problem for the commune to organize such events, because they are not proud of the fact that they are famous for the production of potatoes, and besides, they have other problems here. They also have a castle and tower of Polish kings, beautifully restored using funds from the European Union. Thousands went into it, so they would sooner agree if you were to organize a fashion show at this tower and help, of course. But not so much for some kind of rural festival, guided tours and meetings for village housewives.

Five years of studies, training in the management and limiting of stress, yet nothing. It hurt. You try, but you feel that you are wasting your breath. You ask for a meeting one more time and once again drive a hundred kilometers to sit in the office of the village head. The man with the mustache and beer belly does not even try to understand what you really mean. What, where, who, for whom, what for, why? Culture has never been important. It’s true, Jews once lived here, though they’re not proud of it; they’re not proud of the potato; they’re not proud of their small town, either. However, they are proud of the restored tower of Polish kings and have real problems like building a pavement at the church, which the owners of the land adjacent to the road do not approve of. This is a real problem, you think; but you also feel that you are speaking in foreign languages and maybe even different cultural codes. Fortunately, this conversation is different from the others, thankfully this time you’re not talking face to face with the village head. There are also two senior officials responsible for the culture and promotion of the region in the room. Unfortunately, you cannot rely on them. But there is also a young lady director of a rural community center who listens to your story with curiosity and growing enthusiasm. She will later confess that she has dreamed of such a large initiative involving and bringing together the residents around common heritage and traditions, but there has never been any money for such widespread activities. She was glad you came. At least her!

What is it like to be a young director of a rural community center? Probably tough. You feed on air, the fantasy that building a community begins with respect for tradition, customs, culture and the past, as well as integration and spending time together. In a village like this one, anyone who can erects his own little palace and would most like to separate himself from others with a fence and drown in his luxuries, regretting that he must live in a country like Poland. There are, of course, the less affluent residents, who must save up for two years to repair a hole in the roof, and those who could not live without the help of the commune. You look at this landscape, alarmed. And yet this is not your only project. In the meantime, you travel through Poland — that’s the job — visit the next communes and in some places, it goes easier, while in others it’s uphill again. You will ask yourself how to save a heritage that is disappearing; buildings that have hardly survived the test of time; stories that no one remembers. They will say that it is not important to them right now that there are more important issues than cultural education and community, and after work they will sit at their TVs to watch tour programs about their region, and on the holidays mechanically replay their grandparents’ rituals. What is invisible in these places is already happening on a larger or smaller scale. There are rural Quaderns de la Mediterrània 30-31, 2020: 147-149 149 libraries, there are rural cultural houses, there are oases in the churches, there are additional classes in school clubs, there are circles of rural housewives being reactivated after many years. And all this, here and there, are mainly run by young women who have given up on their careers, luxuries, social prestige, and power for the benefit of local activities. You have no doubt that if it were not for them, there would be no holiday of the local community, no celebrations or fairs. You see allies in them, as if a wise and reasonable woman stood behind every village head. It is thanks to them that most of the projects can be successfully implemented.

The village head, after being persuaded, agrees to your project, but the rural community center deals with the organization of it after hours. This is not your provincial city, there are not hundreds of volunteers or trainees who could work for free. You do it yourselves, sacrificing your free time, to get everything on track and cross the Ts, and still some of the things they do here in their own way. During the summer, grand celebrations are of course held. Most things get organized. Then there are thanks given to the village head that he agreed and actively joined in carrying out the cultural project promoting the heritage of the region; to officials responsible for cultural development; to employees of the commune office who got involved in the preparations; to the residents for their active participation in events; to two volunteers who found a few hours to help poster the neighboring villages; to a local carpenter’s shop for help to nail the photos onto the fences; to the cultural institute that came out with the initiative; to the provincial authorities for their financial support; to everyone who contributed to this project, and finally to the director of the community center for coordination. You are not taken into account, you will receive flowers from the head secretary, a small gift hand made by the ladies from the village housewives’ circle, a touching phone call from the local community center and a spoken “thank you” from your boss. And there is also the satisfaction that thanks to you, we have matured a little as a community. 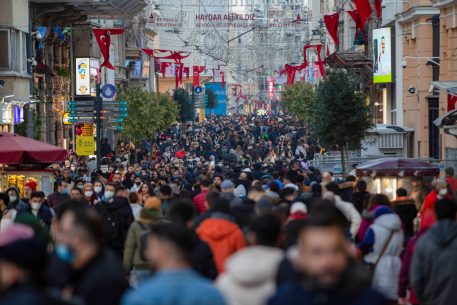 This article analyses the situations of demographic ageing and the reversal of the proportions between age groups from one shore of the Mediterranean to the other and its consequences. 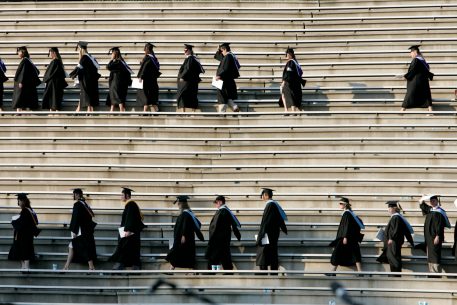 The author discusses what people aspire for in order to lead the type of life they desire; a life in which they can pursue their own goals, exercise their capacities, be able to express themselves and gain more in terms of happiness and life satisfac...