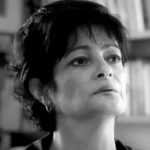 Strategic Urban Planning and Climate Migration in the Cities of Lebanon 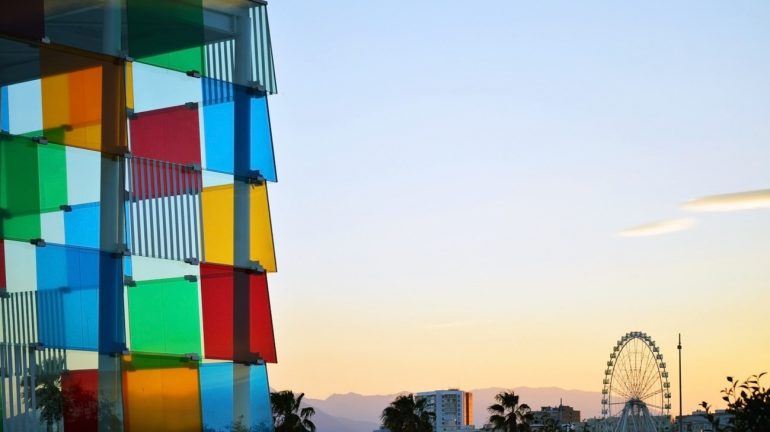 According to the UN HABITAT, “urban strategic planning determines the direction of development of a city or urban area in the context of its current profile and SWOT Analysis”. It is oriented towards the future and attempts to foresee how the world could be different five to ten years from now. It is aimed at setting the city’s development direction based on what this future is likely to look like.” Obviously, the issue of agreement on the future direction for development is central to the process of strategic urban planning. However, in the Eastern Mediterranean region, four if not five of the nine countries in that region are in some violent, like actual warfare, political and economic turmoil. The prospect of peace is under question due to the rising disputes around the gas fields in the region. In conditions of turmoil, central governments’ concerns are more centred on survival, safety, and security.

The UN HABITAT defines Lebanon as a highly urbanised country, at almost 90 percent urban by population. In addition, the country has had to accommodate a huge number of refugees in its cities and urban territories, with all the consequences in terms of pressures on urban services. According to the UNHCR, “the country hosts around 1.5 million Syrian refugees making it the country with the highest number of Syrian refugees per capita in the world”.

The role of Lebanese cities in fighting climate change

The main sources of greenhouse gases emissions are energy production, transport, waste and landfills, agriculture, and deforestation. These are all sectors that are possibly governed by municipalities. Yet, they all require a clear long-term vision, road map, administrative tools, and funding. In Lebanon, planning is centralised and run by the central government through the Higher Council of Urbanism, the Directorate General of Urbanism, the Council for Development and Reconstruction, and the municipalities. Most municipalities are small with responsibilities over most planning issues, but they lack the administrative and fiscal capacity to carry out projects.

Notwithstanding, municipal unions are on the rise. This administrative shift has allowed more efficient planning as they deal with the local communities with new capabilities, but municipal unions still require independence and access to funds from the central government.

As for the energy sector, in 2009, the Lebanese Government committed to increasing the share of renewables of the projected total electricity and heat demand to 12% by 2020 (IRENA, 2020). The Beirut River Solar Snake (BRSS) was the first project implemented. The Beirut River is the largest body of water in the city, and it flourished as a riparian landscape and a social space in the city until 1968 when it was transformed into a concrete canal to control its flooding. Since then, the river has become an industrial waste waterway and sewer. Thanks to the BRSS project, a photovoltaic farm of 3,600 polycrystalline PV was installed over the canal, providing clean energy to the main power company of the nation. In September 2015, the first segment, with a capacity of one megawatt, was connected to the grid. The BRSS project has reduced around 4.15 kilotons (kt) of carbon dioxide (CO2) emissions and raised awareness about clean energy sources. Furthermore, in 2019 the BRSS won the prestigious environmental “Energy Globe Award” under the national category (LCEC, 2020).

Other major projects have been stopped due to the economic meltdown in recent years. However, in the case of Lebanon, the economic meltdown was itself a mitigating factor for climate change as subsidies on fuel had to be lifted due to the sharp depreciation of the local currency. A study by the UNDP revealed that fuel subsidies amounted to about 3.1 billion dollars, I.e., 7.0 % of the country’s GDP (MoE, UNDP, 2015). Although the aim was to help the poorer section of the population, it turned out that fuel subsidies benefitted more the higher-income households and increased energy consumption. Notwithstanding, the lack of central electricity brought to light the issue of energy consumption, increasing the demand for photovoltaic solar panels, especially for institutional buildings. Mitigating global warming through green buildings is a common procedure. However, in Lebanon, like in other southern countries, the criteria used by international bodies do not comply with the country’s existing situation and building regulations. Therefore, the NGO Lebanon Green Building Council worked on and developed a very appropriate building rating system named “Arz” in partnership with the International Finance Corporation (IFC).

The challenge of urban mobility in Lebanon

Another main source of carbon emissions is transport. Although Lebanon was one of the first countries in the region to have a railway, built in 1895, the system was badly damaged during the civil war and has not been reinstated since then. Meanwhile, Lebanese citizens spend three hours per day on average commuting across the cities. The main cause of this congestion is the lack of an organised public transport system, the bad condition of the roads, and the rise in the number of private cars (Hallak, 2020). In this regard, several proposals and studies were launched over the years, including a master plan by the Ministry of Public Works and Transport. However, the plan was finally deemed economically unviable in the short term due to political tensions, social unrest, and the refugee crisis. Estimations have shown that 70% of cars in Beirut come from outside of the city. Therefore, the most feasible plan was the financing of a Rapid Bus Transport link. In 2018, the World Bank approved the funding of the transport plan, but the Lebanese government requested the money to be reallocated to finance the cash subsidy programme.

The Ile-de-France Region (France) funded an interesting project at the city level, called the Liaison Douce. The project aimed at providing citizens with a green corridor of public space by including a pedestrian and cycling path that would link the Bois des Pins (Pine Forest) and the city centre along the Damascus Road. This project creates a value-added by following the “green line” that separated the East from the West of Beirut during the civil war. Nevertheless, the project was submitted to the Municipality of Beirut in 2011, but it has not been implemented yet.

In 2016, a private venture start-up called Loop launched an app-based service of smart electric scooters. Starting with Lebanon, a high-skilled professionals group offered this service for the first time in the Middle East. Loop entered the top 100 start-ups in the region by Forbes Middle East in 2017. The firm focuses more on access instead of ownership.

A good tool for mitigating climate change in cities is green space. Yet, Beirut has 0.8 sq. meters of green space per capita versus the 9 sq. m / capita recommended by the World Health Organisation.

TheOtherDada, a sustainable architecture consultancy in Lebanon, had been conducting extensive research to improve the Beirut River and its neighbouring areas. Faced with disinterest from the ministries and institutions, the consultancy decided to promote the more concrete project of a Miyawaki forest, the first of its kind in Lebanon, initiating contacts with the municipality of Sin El Fil to access land. Miyawaki forests are dense multi-layered forests, thirty times denser than other artificial forests, thus capturing thirty times more CO2 and thirty times more pollution. They are ten times faster-growing, restoring soil health and biodiversity in degraded sites. They become self-sufficient after three years, requiring no watering nor maintenance. In May 2019, theOtherDada planted Lebanon’s first native Miyawaki forest. The consultancy provided all the fundraising, site works, and two years of maintenance with the help of volunteers from various backgrounds for planting and maintenance. The project restored not just the first forest ecosystem but brought the communities together. The “Beirut RiverLESS Forest” project earned many awards, and several other similar proposals are now being planned in different parts of the cities.

At the municipal level, a success story is the Chiyah project. Chiyah was one of the most affected suburbs of Beirut during the 1975 civil war as it was on the demarcation line. The municipality agreed on a strategy to change the perception of the area to attract businesses through green public spaces. Working with multiple stakeholders, the municipality’s planning consisted of allowing temporary use of unbuilt plots as gardens, setting up its own community space, bringing others to invest in the network with additional services such as sports facilities and coffee shops. The project has proven to be very successful.

Another project in Beirut has led the way by promoting sustainable urban agriculture. Using green spaces for economic support, the “Garden Wall” is a micro gardening project implemented by the FAO. The initiative is helping households build vertical micro-gardens out of recycled materials to grow vegetables, without using arable land. This project primarily targets women-headed households including 30 vulnerable Lebanese and 120 Syrian households.

The Saida garbage mountain became a symbol of the garbage crisis that has struck the country for many years. Set up in 1982, it received solid waste from 15 municipalities. The waste mountain stretched 55 meters high and covered an area of 60,000 square meters. Located no more than 200 metres away from residences, it became a health threat and frequently leaked garbage into the sea. In April 2016, the UNDP, the Ministry of the Environment, and the Municipality of Saida inaugurated the garden project replacing the garbage mountain. The result consisted of a 33,000-meter square garden with more than 10,000 trees.

However, the government still lacks a comprehensive plan to deal with a garbage disposal. At least two garbage dumps are still in use along the Mediterranean coast of Lebanon. To help remedy this situation, engineer Ziad Abi Chaker launched Cedar Environmental as a sorting and composting company in 1999. He has aimed at building smaller-scale recycling plants to deal with garbage for smaller towns. He subsequently came up with a patented technology that produced eco boards made from recycled bags that are highly durable for small constructions like the recycling bins found in Beirut. Furthermore, the Green Glass Recycling Initiative (GGRIL).

started in 2013, after Lebanon’s only recycling glass factory was bombed in 2006. The initiative involved the six remaining glassblowers in the country in the production of beautiful multi-coloured glass items. After the 4 August port blast, Abi Chaker transported eight tons of shattered glass to be recycled.

Fighting environmental and climate change in the absence of public intervention

The precarious situation in Lebanon has made the central government unable to fulfil the many recommendations made by international agencies on climate change mitigation. One small positive aspect of the tragic economic meltdown has been the lifting of subsidies. On the other hand, all the above-mentioned valuable initiatives show that citizens and private actors are the real drivers of change to help reduce environmental damage in Lebanese cities. However, issues like mitigating global warming need an overall structure that plans, coordinates, and follows these initiatives. Governments need to be accountable, and coordination is required between the international agencies and donors. Lebanese people and the government know what is needed, but priorities change when facing the threat of a conflict and political instability in the region.

LCEC (2020). Beirut River Solar Snake: the Dawn of the Solar Market in Lebanon. Ministry of Energy and Water / Lebanese Center for Energy Conversation. Retrieved from https://lcec.org.lb/sites/default/files/2021-02/BRSS%20Report.pdf 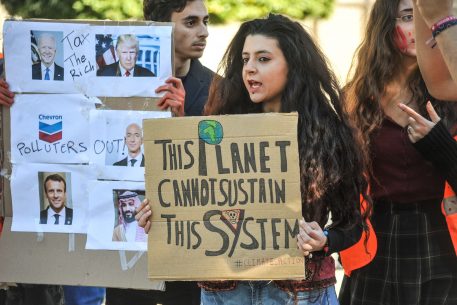 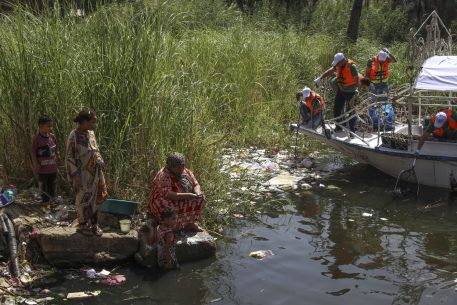 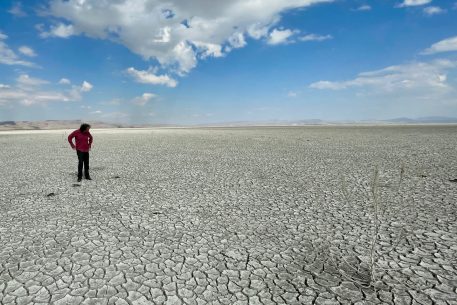