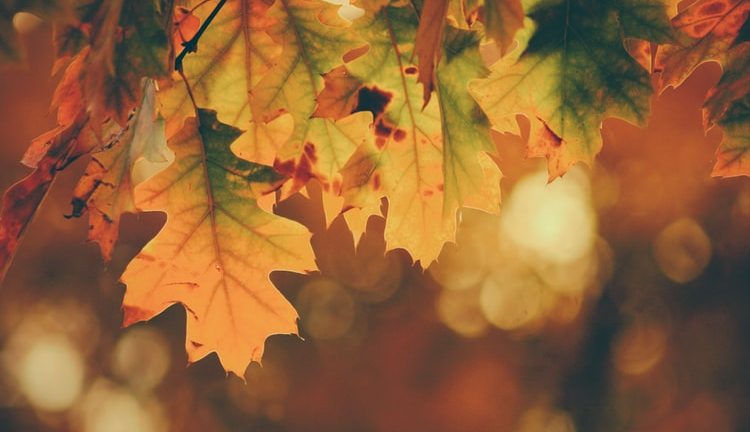 Foreign eyes scanning the map of Europe see the floating loneliness of the British Isles, the jagged curve of Norway, the prominence of Germany and France. They see the cluster of countries and cultures colliding in Southern Europe, and they see the expanse of borders along the northern rim of the continent. Anything in the middle that doesn’t boast many thousands of kilometers of space and millions of people is lost. As is my home.

To the unknowing eye Latvia is just a funny-shaped gulf along the contour of Europe – the head of a horse, if one looks closely enough. The country itself melts into the rest of the land mass. Latvia – worth a passing amusement, but otherwise tiny, unremarkable. What value could something so small have?

As a child I was taught that my nation is one of bent knees and bowed heads. Pushed down by the heavy burden of foreign chains, and by their own cowardice and envy. My people, they told me, are the worst kind of people in the world. They are quick to betray even their loved ones for selfish gain.

In school they tried to teach us a different story, one of people ready to lay down their lives for their country, one of resilience and of the humble beauty of Latvian culture. They taught us the meaning of patriotism and solidified the feeling in our hearts with songs and candlelight, with a history as bumpy as the dusty country roads.

They succeeded. The legend of the creation of our flag is still vivid in my mind – a Latvian chief bleeding out on a white enemy flag, his blood painting the sides of the fabric a carmine red. It’s a story burning with such intense power, a story that no people with bowed heads would ever dream of possessing.

I realized then – I did not understand. Like the strip of white in the middle of the flag, I too was trapped between two powerful stories, both inked in blood. One told of cowardice and submission, the other of tenacity and beauty. It was up to me to find my truth about what it meant to belong to my people.

Grand oak trees sprout from tiny acorns laid in the lap of the Earth. The ones that have holes and cracks in them are discarded, returned to the ground they came from. The same cannot be said of the human character – the cracked and hollow ones thrive.

Pointing fingers. Sneers. Laughter. Thoughtless harm that only a child can inflict on another in a way that haunts for decades.

That was how I first learned of my home – through the worst of its people, those just as small and new to this world as myself. Being a part of this land hurt. Salt water brimmed in my eyes like the rising tide in the Baltic Sea.

So very young and already betrayed by my kin. The wounded hope in me turned its gaze towards the tradition that was praised in every household in a different way. There it found a strength I didn’t dare dream existed.

A tree grows from the ground up towards the sky. As does a nation grow from the past towards the present, the future. My understanding started to unravel at the roots of history – beliefs more ancient than the name of my country.

The old Latvian gods walk and breathe with us, more human than the distant figures in grand religions and ceremonies. Even when they are mostly forgotten themselves, their symbols live on. These signs appear in artwork, fashion and even tattoos – unfading marks of history and faith.

But the old gods are a part of our present too. Laima, the goddess of fate, watches over childbirth in hospitals as she did over birth rituals of the past. Pērkons, the god of thunder, is ever smithing in the stormy sky. Ūsiņš, once known as the guardian of horses, in this modern age might as well be the guardian of our four-wheeled metal steeds instead.

I found the ancient pagan gods in the town I call my home. Not in the silence of Christian churches, but in the much more common places where I set my foot daily.

The god of thunder crossed my path on a stormy day when I was desperately pedaling my bicycle through large puddles and strong winds, homeward bound. Aching, cold fingers gripping the handlebars. Body sticking close to the metal frame. Fear and hopeful prayer for Latvian landscape safe passage in my heart as just meters away lightning struck again and again.

There was no reason to fear, however. Our gods are kind. I made it unscathed through the darkest and most terrifying storm I have ever experienced. Out of breath and with wild eyes I arrived home, and one step closer to understanding.

Supported by its roots, a trunk forms the most stable and prominent structure in a tree. Where past blends into present, where the breath of our ancestors becomes our own.

In autumn, Latvian graveyards glow with soft, flickering candlelight and the warmth of still-beating hearts. November. The rest of the world is caught between the mischief of Halloween and blessed Christmas Eve, and we gather in graveyards to remember our dead.

Pine branches cover the graves, lulling the souls of the dead to rest. The first wisps of winter return to reclaim the land for three long months. These months we walk alone in the modern world of steel and cement while ancient traditions are frozen solid, awaiting the sun. Until spring comes again, when the spell of silence and winter is broken by the songs of birds.

The ghost of our heritage looms over us in the same way the spirits of our fathers do. Aching to be remembered, honored, but also not holding us back. It envelops us like tree bark, giving us strength to grow on. Our path lies ahead, our future above, like the canopy of trees.

Endless sky begins where branches end. The future – unknown, terrifying, wondrous. Our tree still grows towards it, carrying us on its branches.

We might be fragile, but our roots are blood, iron and song. Eventually our lives will merge with the trees. With the wheel of fate having made yet another full turn, we will support those who come after us, the same way our forefathers helped us gain our own footing.

I stand on the shoulders of giants. Pagan gods. Ancestors. Previous generations. My parents. It is due to them that my fingers graze the future which continues rushing ever forward. One tick of a clock, one heartbeat at a time. It is not in lonely, prideful struggle that we grow, but by holding hands and reaching forward, not back.

Latvia. The name of my home may be insignificant to this wide world, but it burns in the hearts of my people. Let us stand at the top of the tree that is everything we are and shout it, sing it and pray it. Let our lungs grow weary and our bodies tremble, but the hearts of Latvians will remain dyed red, white and red again. Just like the flag of blood that flutters with the power of crashing thunder. 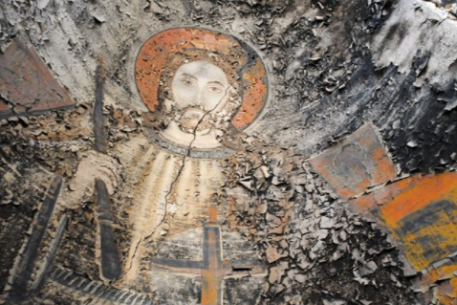 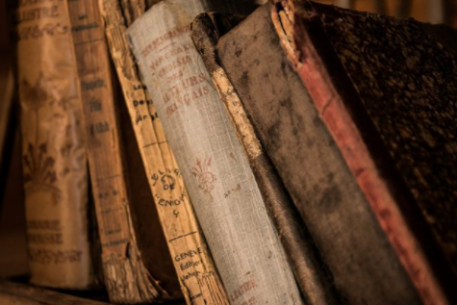