Head of the Euro-Mediterranean Policies Department, the European
Institute of the Mediterranean

No Need for Spoilers in the EU-Tunisia Relationship 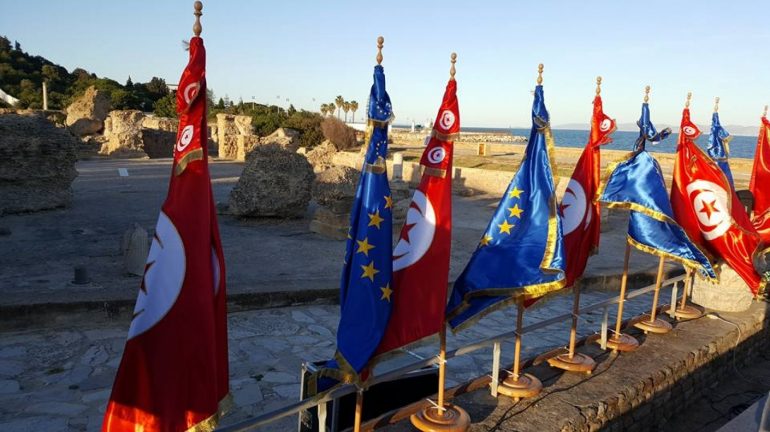 In their 5 December 2017 Council conclusions, EU Finance Ministers listed Tunisia as one of the 17 non-cooperative jurisdictions for tax purposes, an unfortunate move in several respects. There is an opportunity to reverse this decision at the next ECOFIN meeting on 23 January 2018, an opportunity the European Union should not miss.

As a result of the economic crisis of 2008 and the growing pressure on national treasuries, tolerance of tax evasion and tax avoidance has vanished over the last few years. With the succession of LuxLeaks at the end of 2014, the Panama Papers in April 2016 and Paradise Papers in November 2017, the EU has been under renewed scrutiny and pressed to deliver.

Under political, economic and public opinion pressure, European institutions have come up with a number of initiatives over the last few years, both on the internal and external fronts. As part of its so-called anti-tax avoidance package, the Commission released a Communication in January 2016 on an External Strategy for Effective Taxation where the establishment of a list of non-cooperative tax jurisdictions was envisaged. In its May 2016 conclusions on an “External Strategy for Effective Taxation and Commission Recommendation on the implementation of measures against tax treaty abuse”, the ECOFIN Council of Finance Ministers from the 28 EU member states agreed that such a list of noncooperative jurisdictions should be adopted by the end of 2017 and tasked a working group of the Council (the so-called “Code of Conduct Group”) to start work accordingly. In November 2016, the Council defined the three criteria to be taken into consideration (tax transparency, fair taxation and implementation of anti-BEPS standards). A technical dialogue and a screening process started between EU experts and the tax authorities of identified third countries and territories. In October 2017, the working group sent letters to all jurisdictions concerned, informing them of the outcome and, where relevant, asked for a high level political commitment to address the concerns identified. Accordingly, it sent its report to the Council on 24 November 2017.

In its meeting of 5 December 2017, ECOFIN adopted the EU list of non-cooperative jurisdictions for tax purposes. It comprises 17 jurisdictions: American Samoa, Bahrain, Barbados, Grenada, Guam, Korea (Republic of), Macao SAR, Marshall Islands, Mongolia, Namibia, Palau, Panama, Saint Lucia, Samoa, Trinidad and Tobago, Tunisia and United Arab Emirates. In addition to this “black list”, another 48 jurisdictions have been put on a watch list, as their commitments have been deemed sufficient although their implementation would require close monitoring. The last group mentioned are those Caribbean jurisdictions that suffered from the hurricane in September 2017 and that were given some more time (until February 2018).

The publication of the list has been met with criticism from various sides. A number of international civil society organisations criticised this list arguing that real tax havens were not on it, including European countries and also territories mentioned in the Paradise Papers, such as Jersey, the Isle of Man and Mauritius. Other observers, including MEP Eva Joly, regretted that this list was not accompanied by real sanctions.

As far as the reactions from the 17 listed jurisdictions are concerned, the case of Tunisia deserves specific scrutiny for a number of reasons, including the massive wave of reactions that the listing has triggered in the country and the specific relationship the EU has with the country as part of its neighbourhood policy. While some Tunisian observers have acknowledged some deficiencies on the Tunisian side in terms of handling of the file, the slowness of the administration and the difficulties of implementing reforms, including when it comes to the tax system, the prevailing tone has been rather negative and critical with the EU, if not doom-and-gloom. “Backstabbing”, “a surrealistic and irresponsible decision”, “an act of aggression”, “a fatal blow”, “Judas kiss” are but only a few examples of how this decision was referred to by Tunisian media and observers, illustrating the emotion that this decision has provoked.

The decision that gave rise to a number of official statements and visits of Tunisian officials to Brussels and phone calls at the highest level has also had some political ramifications. A group of 82 members of the Assembly signed a petition, asking the President of the Assembly to create a Parliamentary inquiry Commission looking into the reasons for this decision as well as its economic and political impact.

In order to understand the commotion, it is important to decipher the concerns it has raised in Tunisia. First, there has been the fear that EU and international assistance could be affected by this listing. Although EU officials both locally and in Brussels have stated that “defensive measures” mentioned in the Council conclusions were not likely to be used in the case of Tunisia and that the level of EU support would remain untouched, the fact that an IMF mission was in Tunisia at the time of the release of the conclusions in order to assess the level of implementation of structural reforms helped fuel the concerns. Most significantly, the argument has been made that, even if reversed soon, the listing would affect Tunisian credibility and reputation and thereby have an impact on the volume of much needed foreign investments.

A feeling of injustice has prevailed, caused by the combined impression that, first, Tunisia was not doing that bad compared to other countries on the list (or not even on the list) and, second, that the EU was in reality trying to protect its own interests, concerned with the relocation of European companies to Tunisia.

All in all, the decision to list Tunisia raises a series of questions regarding the EU policymaking processes and this decision in particular:

• Its political expediency. It is widely known that processes that the EU manages with some of its partners, such as pre-accession or visa free regime negotiations are not only technical but also highly political. In the case of this decision, it is true that Tunisia did not comply with some requirements as it did not send requested clarifications in due time. However, knowing that some countries managed to be removed from the list a few days before the Council meeting (such as Morocco) and that European officials now claim that Tunisia will most likely be removed from the list in January, it is legitimate to think that more efforts could have been made from the EU side in order to ensure Tunisia would not appear on this list in the first place (although it is important to stress that the decision was taken unanimously by the member states). Tunisia is the only neighbourhood country on the black list. Tunisia is going through a very delicate period in security and political terms that the EU could have taken into account, as it did take into account the harsh climate conditions that had affected the Caribbean region. As noted in some Tunisian official communiqués, the decision to list Tunisia is to some extent at odds with a very special relationship.

• Its credibility. It has been noted that the absence of some countries on the list, including EU countries, was jeopardising its credibility. While it is true that the EU is pursuing other tracks in order to make sure all its member states comply with high standards, it would have been useful to include in the same Council Conclusions a strong message on EU domestic commitments.

• Its proportionality. In the case of Tunisia, the EU has strong leverage through its European Neighbourhood Policy and other avenues to incentivise changes in this country. The same result could have been achieved through other channels that would have reconciled the need for the EU to achieve results on fighting tax evasion and avoidance on the one hand and its commitments towards Tunisia on the other.

• Managing spoilers. It seems the EU had not anticipated the scale of the reactions this decision would trigger in Tunisia. More generally, the EU needs to do better in terms of managing the impact of some decisions it takes and ensure it does not contradict its strategic interest and the interest of reliable partners. Another challenge for both parties will be to deal with the listing of Tunisia on yet another list; Tunisia was indeed listed on another list of 11 jurisdictions with strategic deficiencies in terms of anti-money laundering or counter-financing of terrorism by the Financial Action Task Force (FATF/GAFI).

• Coordination. A more comprehensive foreign policy and better coordination between the internal and the external nexus have been the mantra of EU foreign policy strategic documents over the last few years. Yet it seems the EU can do better in terms of coordinating between its internal and external agenda, which would require better coordination between Commission DGs and between the Commission and the EEAS.

• The need to refine definitions. As recommended by the European Parliament in December 2017, there is “an urgent need for a common international definition of what constitutes an offshore financial centre (OFC), a tax haven, a secrecy jurisdiction, a non-cooperative tax jurisdiction and a high-risk country in terms of money laundering.” Similarly, it could be useful to further cluster lists in order to make sure that countries regularly and universally recognised as tax havens do not end up in the same list as countries such as Tunisia. 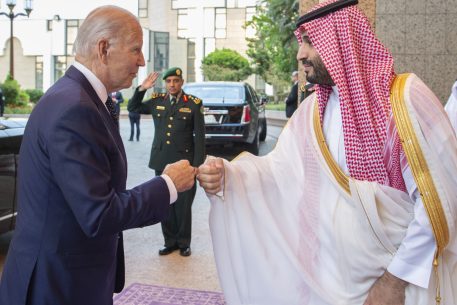 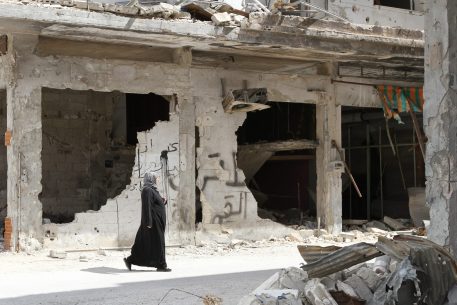 This article (an edited and shortened version of the 1st Best Final Master’s Dissertation Award of the Aula Mediterrània 2019-2020) analyses the representation of motherhood in contexts of war, displacement and exile.