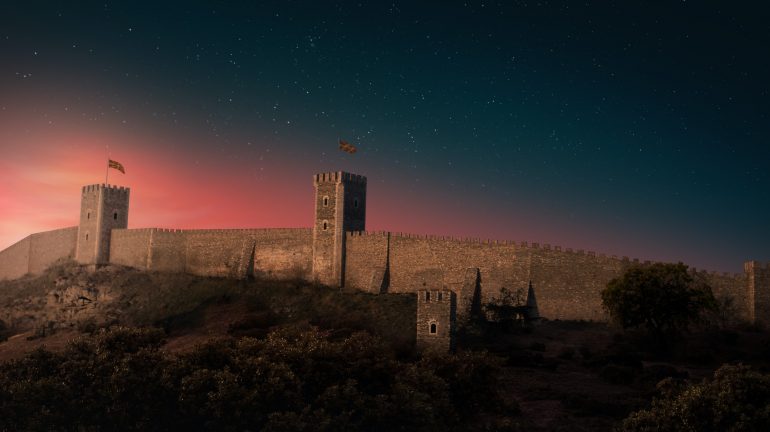 My passion has always been to tell stories with flair, emotion and intelligence. To use words, graphics, photos and design to captivate readers so they are informed and entertained.

I am a passionate journalist because I believe in the power of the media to effect positive change in society. In my opinion journalists play a vital role in that change as watchdogs, but – even more importantly – our stories and photographs influence how people in society view one another. What you read helps shape what you believe. And what you believe shapes how you act towards others, especially those who might be different from you in some way. The challenge that excites me as a journalist is to tell stories of real people – all kinds of people – in the hope that this will truly help us see one another for who we really are. I have always been a very inquisitive person. Just as food nourishes the body, journalism feeds my curious nature.

My suggestion for the project is to write a story about freedom, about the society that was face to face with the civil war between the two biggest ethnicities and now copes with the issue of living together as a complex problem that should be approached by putting people at the center of human rights, equality and social inclusion. It is about the context of Macedonian society, in which the epicenter should be the citizen, not national groups, where principles of meritocracy should be respected, which means competition free from ethicist and partisan influences.

In the Macedonian case, after the “storm” and the “Ohrid Agreement”, there was great instability, where everything functioned corrosively and unnaturally, with prejudgments and taboos, and there are still some open problems like the national march which is an ethnocentric symbol.

Even though the Republic of Macedonia has undergone changes in the last two decades, fundamental questions still remain to be resolved in regards to inter-ethnic relations within its ethnic mosaic. One would expect that after the demise of Yugoslavian Communism, the Republic of Macedonia, after declaring its independence, would tend towards establishing democratic society with full human, civil and cultural rights for its citizens, without discrimination based on religious, racial and ethnic background.

Macedonians intermittently accused the Albanians of illegal construction, real estate purchases at inflated prices, mass immigration from Kosovo, re-population of Macedonian villages abandoned by their inhabitants, ethnic cleansing by intimidation of urban neighborhoods, nationalist indoctrination under the guise of religious instruction, pressuring other Muslims to declare themselves as Albanians, and irredentism.

Albanians intermittently accused the Macedonians of discrimination in the labor market, in secondary and higher education, in infrastructure (many Albanian villages still lack proper roads and are not connected to the national grids of water and electricity), and in public administration. Albanians claim that police brutality, discriminatory legislation and the exclusive use of the Macedonian language violate their human and civil rights. They lost faith in the Macedonian’s will to accommodate their demands, however legitimate.

Following the recent spate of violence, Macedonians have come to accept many longstanding Albanian demands. Others they reject as secession in disguise.

In my opinion wisdom is a necessary factor in finding the way out of the deadliest century the human race has ever known. So the fundamental questions for me are: how can we learn to live together? How can we learn to coexist, despite our differences? How can we turn our differences into something positive? What are we trying to do in this initiative of coexistence and community?

My main aim is to provide the answer to the question: Why is freedom important?

I sometimes find it helpful to imagine myself standing as a single individual on one side, facing the huge gathering of all other human beings on the other. Then I ask myself whose freedom is more important? To me it is clear that however I may feel about my freedom, I am just one individual while other people’s freedom is infinitive in glory and importance.

Today our world is becoming smaller and ever more independent with the rapid growth in population and increasing contact between people and their rights of freedom. In this light, it is important to reassess the rights and responsibilities of individuals, peoples and nations in relation to each other and to the planet as a whole. No matter what country we come from we are all basically the same human beings. We have common human needs and concerns.

Deeper human nature needs to breathe the precious air of liberty. That is the reason why the movement for liberty must become the most powerful moral force, so that even the most obstructive governments are incapable of suppressing it.

First of all, the survey on freedom in Macedonia provides an annual evaluation of the state of global freedom as experienced by individuals. The survey measures freedom – the opportunity to act spontaneously in a variety of fields outside the control of the government and other centers of potential domination – following two broad categories: political rights and civil liberties. Political rights enable people to participate freely in the political process, including the right to vote freely for distinct alternatives in legitimate elections, for representatives who have a decisive impact on public policies and are accountable to the electorate. Civil liberties allow for freedoms of expression and belief, associational and organizational rights, rule of law and personal autonomy without interference from the state.

In the Republic of Macedonia today we live in a democracy that is increasingly hostile to long-term and collective freedom. Our choice of political party at election time is quite restrictive and the mass media is almost entirely corporately owned and therefore influenced, which in turns opens it up to government influence. If our lives are dictated and controlled by others, it effectively removes us from the vital task of carving out our personal life path, of taking responsibility, of growing up.

Every scenario can produce the ethnic splitting of Macedonia as well as its preservation as one state although with a different structure as a federation or confederation. Perhaps the most peaceful solution will be to include in the future all of the countries of the region in the European Union. The ethnic hate will probably remain but at least there will be no borders between the states to reshape. The Albanians would be one united people even without formal reunification like the Basques in Western Europe.

Unfortunately, the demographic dynamic makes this scenario less plausible in the long run. The Albanians, whose natural growth is much higher than that of other ethnic groups, including Macedonians, have nothing to fear from the federalization of Macedonia. Sooner or later they will dominate this state as the majority group. On the other hand, the present ethnic majority has everything to fear from such a development. So at any given moment it can initiate separation of the country in order to preserve its control at least over some parts of it. For this majority, the prospects of European integration will ultimately mean being put under direct Albanian domination. Such unpleasant perspectives can only deteriorate the present situation of hatred and mutual suspicions.

Our freedoms and constraints are formalized into a long agreement between each individual and the society of which he or she is a part. We must realize that freedom is important as an anti-corruption tool. It is important for public accountability and the equal treatment of all people under the rule of law.

A balance must be struck between the ability of individuals to be unrestricted in the free expression of thoughts and ideas, and the need to ensure that governments are able to efficiently carry out their function of administration, law and order, and of preserving the rights of individuals, vis-à-vis each other.

Democracy in Macedonia can only be an agent of freedom if it gives the people meaningful voting choices, and if it ensures that they have the unbiased information necessary to make a choice that is in their interest. Of course sometimes people will want to use their democratic rights to restrict freedom. This is because different freedoms often conflict with each other: what is freedom for one person or group of people is often a restriction for another. For example, the freedom for us to breathe clean air is dependent upon the restriction of the freedom of the factories to produce as much pollution as they like. So the support for freedom is always a balancing act between collective long-term interests and short-term interests of the individual or corporation.

I must mention that the most important political right is freedom of speech of the citizens. Freedom of speech is important because when criticism of a government is freely voiced, the government has the opportunity to respond to answer unfair comments and criticism of its actions. On the other hand, when freedom of speech is restricted, rumors, unfair criticism, comments and downright falsehoods are circulated by word of mouth. Without free speech, no political action is possible and resistance to injustice or oppression is impossible. Without free speech elections would have no meaning at all. Between elections the freely expressed opinions of citizens help to restrain oppressive rule. Without this freedom it is futile to expect political freedom or, consequently, economic freedom. Thus freedom of speech is the sine qua non of the democratic society.

We are now the generation that has become the custodians of freedom. Will we allow it to languish because we have more important things to do, or will we accept the responsibility and fight for freedom and civil liberties to make the world a better place for ourselves and our children? But we have to understand that in order to defend freedom, we will invariably have to make choices between collective and individual freedoms, and in the process our defense of freedom will also paradoxically involve restriction of freedom.

The choice of freedom, therefore, is for each of us to make and the consequences of that choice will affect generations to come. What are the consequences in Macedonian society and can we provide freedom in any sense?