Chief Executive Officer and founder of INEGMA, overseeing operations in offices in Dubai and Beirut

Tension in the Middle East region has reached unprecedented levels with crisis breaking out all over the place as a result of the so-called “Arab Spring” plus the rising ethno-sectarian conflict, largely as a result of the showdown between the Iranian-led axis on the one side and the United States and its Arab Gulf allies on the other. Caught up in the middle of this whole regional mess is – as usual – Lebanon. To the north and west of Lebanon, Syria is experiencing an unprecedented uprising against the Baath Party regime: the countrywide public revolt that has claimed the lives of over 6,500 people and injured and displaced tens of thousands of others. Confrontations in Syria between the predominantly Alawite pro-regime forces and the largely Sunni rebels are slowly but steadily pushing the country into a civil war that could have severe consequences for Lebanon. To the south of Lebanon, Israel appears to be on a war footing with Iran, which could spark another confrontation with Tehran’s main strategic ally: Hezbollah – based in Lebanon. Trying to manage the country and walk it through this turbulent period is a Lebanese government controlled by Syrian and Iranian-backed parties, including Hezbollah.

Foreign influence on Lebanese parties is nothing new. It existed before the country gained its independence in 1943. Although Lebanon is a democracy, that it is the only Arab country that has had a new president every six years (except for a couple of instances), and has an effective elected Parliament, it is however ruled by a corrupt sectarian system that undermined the performance of almost all state institutions. Just about all public posts have to be filled in a sectarian manner, dividing them (often) equally amongst Christian and Muslim sects. Whenever the political leaders of Lebanon’s powerful religious sects like the Sunni Muslims, Shiite Muslims and Maronite Christians are allied with opposing regional and international forces, Lebanon hits one constitutional crisis after the other and inter-political showdowns become part of daily Lebanese life. Since Hezbollah is the most powerful Shiite party in Lebanon and it is Iran’s main ally, the Lebanese Shiites are seen as supporters of the Iranian axis. While the Future Movement under Saad Hariri is regarded as the strongest Sunni party, and it is allied with Saudi Arabia and the West, the Lebanese Sunni community is regarded as pro-Saudi and anti-Iranian. Lebanese Christians, led by the Maronites, are divided: one side, led by Michel Aoun’s Free Patriotic Movement, supports the Iranians, and another side led by a group of right-wing conservative parties supports the West. The pro-Western political block is known as the March 14 Forces, while the pro-Iranian one is known as the March 8 Forces.

Against this acutely-divided volatile background and the complex inter-political power struggles, Lebanon is very much living one day at a time. The swift changes sweeping the region and daily developments on various fronts have kept Lebanese leaders busy managing a series of crises focusing mostly on how to survive politically. Each political party is trying to see whether it could benefit from any regional development or protect itself from any fallout from this development. While the March 14 Forces support the Syrian uprising and are counting the days for its collapse, the March 8 Forces are seriously worried about their future after the anticipated fall of the Syrian regime. A Hezbollah official has described the fall of the Syrian regime as a Western military landing behind Hezbollah’s front lines. Most Lebanese officials, including those within the March 8 Forces, are not sure how Hezbollah would react to the collapse of the Syrian regime. This concern has prompted the March 14 Forces to adopt a “wait and see policy” in the period that immediately precedes the collapse of the Syrian regime and not to make any provocative moves that could intimidate Hezbollah and draw a violent response that could lead to a Hezbollah military takeover of Lebanon. Lebanese parties also worry that a Syrian civil war could actually spill over into Lebanon where Sunni-Shiite tension is high. There are strong efforts by both parties in Lebanon to ease internal tensions in order to prevent them from escalating into sectarian clashes. There have already been few instances where Syrian security forces crossed Lebanon’s northern borders and killed unarmed Lebanese civilians in predominantly Sunni villages. The Lebanese government has failed to lodge any formal protest for the border incursions at the United Nations or the Arab League.

The heated regional environment has hardened the job of Lebanese premier Najib Mikati who finds himself managing a divided government in a divided country living in a divided region. After seven months in office, the government has become divided between March 8 members (comprising two thirds of the cabinet) on the one side, and centrist figures belonging to Mikati, President Michel Sleiman and Druze leader Walid Jumblat. This more or less impaired the government, which so far failed to fill senior public posts that have been vacant for a long time. Some of Mikati’s cabinet members openly defy him and refuse to implement his policies or some government decisions. His efforts to take moderate decisions to maintain Sunni support for himself placed him on confrontation with his March 8 partners in the government. His endorsement or silence on policies and actions taken by March 8 members of cabinet has undermined his popularity within the Lebanese Sunni community and hampered his ties with Western and Arab countries, especially Saudi Arabia. On top of all of this, socio-economic conditions have further deteriorated in Lebanon as a result of a turbulent regional environment. Strikes and marches by politicized labour unions have added to the troubles of an overburdened government.

The fate of the Mikati cabinet is not clear, although few observers expect it to topple before the summer as a result of regional developments and internal rivalries. The problem is whether the strongly divided Lebanese in such a stormy regional environment will be able to form a new government if Mikati’s government collapses or resigns. Many Lebanese officials and experts doubt this. Actually, some analysts fear that Hezbollah might force the toppling of the current government if the Syrian regime collapses and politically prevent the formation of a new cabinet, which in turn would lead to a major constitutional crisis that would improve his (and Iran’s) bargaining position on the fate and role of Hezbollah and Lebanese Shiites. Of course, in such a case, another international conference on Lebanon to broker a new social contract between Lebanese groups (like the Taif Accord that ended the Lebanese civil war in 1990) would be required. Hence, keeping the Mikati government despite all its faults appears for now the best option and the lesser of evils. At least this is what the March 14 Forces seem to prefer. They will continue to fiercely attack it and criticize Mikati, but will stop short of toppling it until regional and internal developments permit a new better alternative.

The only wild card in the current Lebanese equation is Israel. Will Israel take advantage of the situation in Syria, especially when the regime collapses? Few analysts believe Israel could be strongly tempted to take advantage of the break-up of the Iranian supply lines to Hezbollah via Syria and of the acute political divisions in Lebanon, and launch a major military operation aimed at substantially weakening Hezbollah militarily. Striking and greatly weakening Hezbollah will eliminate Iran’s strong projection power it currently has on Israel’s northern borders. Israel believes Hezbollah has more than doubled its massive missiles arsenal since the 2006 Second Lebanon War, and currently poses a serious danger to its security. It is widely believed that Hezbollah could use its missile arsenal to retaliate against any possible Israeli strike on Iranian nuclear facilities. Military analysts believe any Israeli push to uproot or weaken Hezbollah in Lebanon would be a huge operation close to the 1982 invasion of Lebanon that was carried out to drive out Palestinian fighters from the country. Such a large-scale Israeli operation would claim many lives on both sides. It would certainly devastate Lebanese infrastructure and cause considerable destruction throughout the country. Hezbollah appears now to be keeping the southern front with Israel very calm and pacified in order to avoid any provocation that would trigger an Israeli assault. The Party of God realizes its weakened position with the demise of the Syrian regime. So, for now, Hezbollah’s likely goal is to survive the current storm sweeping the region and to try and ensure its future role on the Lebanese scene. 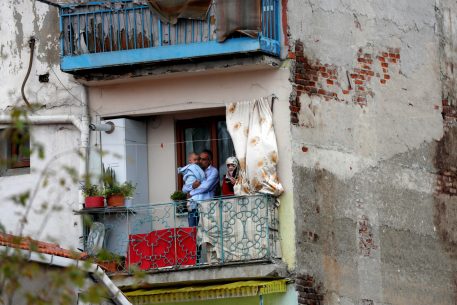 This essay provides a critical overview of social policies in MENA and what is known about the conceptualization of well-being there. 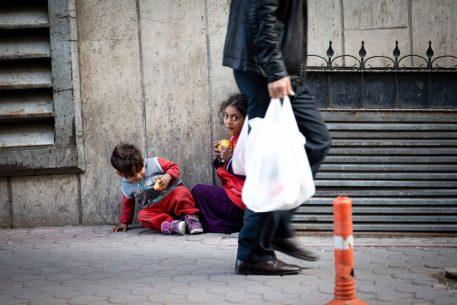 This article analyses the different kinds of inequalities affecting the arab region, its evolution in time and proposes a way forward. 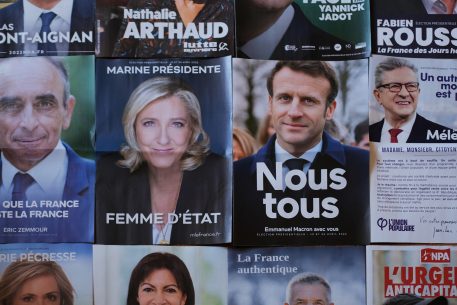 This article provides an analysis of the foreign policy visions of the candidates for the 2022 French presidential election, which according to the author provide a good idea of their respective ideological positions.