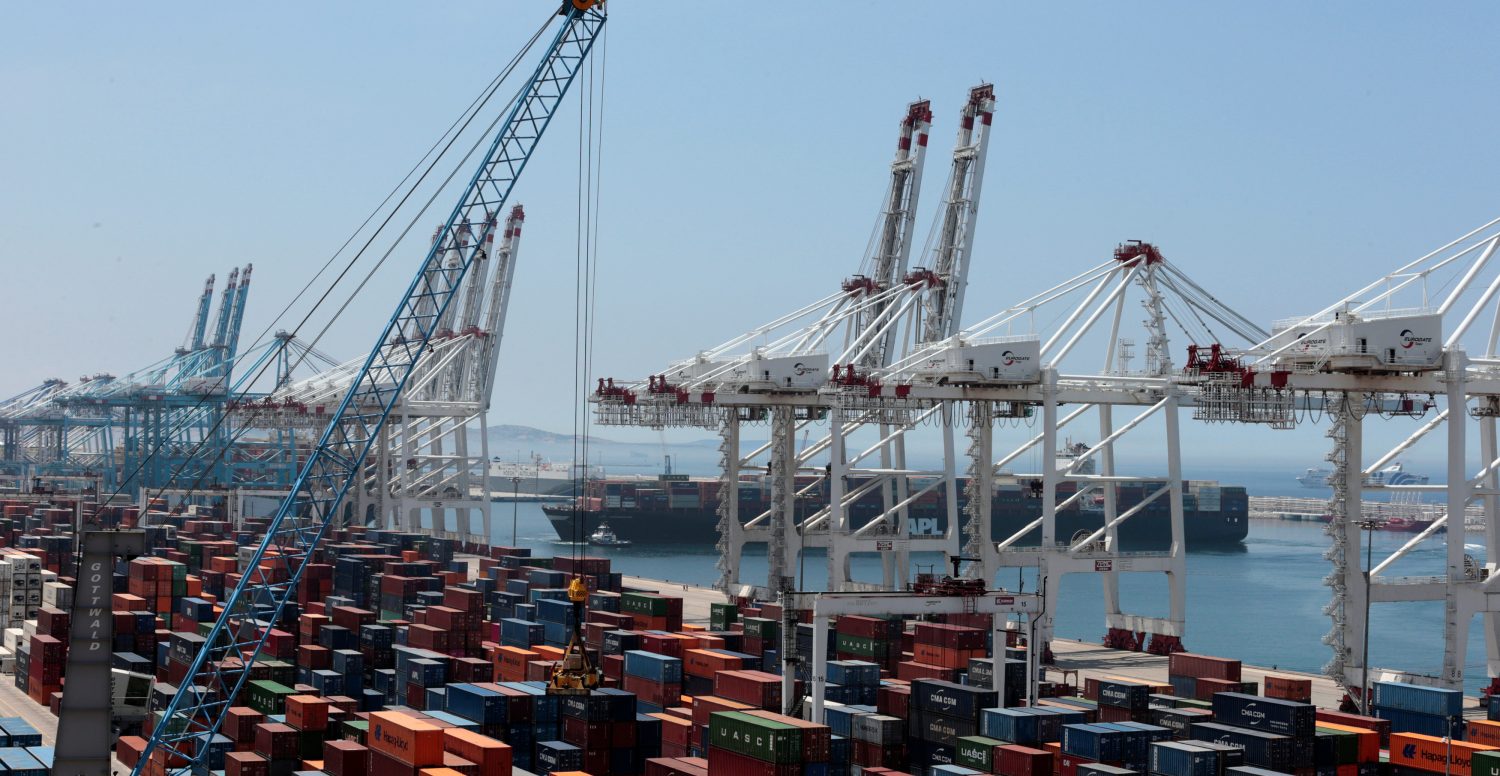 Global Value Chains in the Spotlight of Economic Recovery

International trade today is largely structured by global value chains (GVCs), since they account for 60% of global flows. They have therefore become essential for understanding the configuration of globalisation. This paper will first present how GVCs work, then look at the developments that can be expected, firstly, as a result of the Covid-19 crisis, and secondly, in relation to environmental and social concerns. Finally, we will discuss how these developments could impact economic relations between the European Union and the Mediterranean Partner Countries (MPCs).

GVCs refer to the geographical fragmentation of the production of goods, i.e. the international dispersion of the various tasks and activities involved: manufacturing of product components, assembly, packaging, distribution, research and development, conception, design, marketing, communication, etc. The development of GVCs is the result of decisions made by companies, primarily multinationals. In concrete terms, businesses organise the fragmentation of production processes, either by entrusting the manufacture of inputs to a foreign supplier independent of the principal

or ordering company (international outsourcing), or by having the inputs manufactured by a subsidiary abroad (international insourcing), which gives rise to foreign direct investment by the ordering company. Generally, when inputs are standardised, the choice is made in favour of independent foreign suppliers. When it comes to more sophisticated inputs, sometimes requiring technology and know-how transfers, principals tend to rely on their subsidiaries abroad. Beyond the characteristics of the inputs, this choice of organisation may also be specific to each principal: Samsung, for example, has many subsidiaries around the world, whereas Apple and Nike work mainly with independent subcontractors abroad.

Regardless of the type of organisation chosen, manufacturing stages are relocated when the cost savings (particularly labour costs or those resulting from environmental regulations) achieved through relocation outweigh the additional coordination, communication and transport costs that fragmentation entails. It is therefore a cost-cutting rationale, combined with a favourable context marked by lower transport costs, the generalised reduction of customs duties and the development of information and communication systems that has led to a strong intensification of GVCs over the last twenty-five years. At the same time, in order to reduce their capital needs, large companies have also sought to reduce their stocks as much as possible by generalising the “just-in-time” method to the entire the production chain.

Impact of the Covid-19 Pandemic on GVCs: Diversification and Change in Stock Management Approach

The Covid-19 crisis suddenly put the spotlight on GVCs, which have become the subject of much discussion and, above all, much criticism in both political and economic circles. The crisis has made it clear that the world’s production systems are highly dependent on Asia, and more particularly on China. The automotive sector, for example, was forced in the first quarter of 2021 to cut back sharply on production because of a shortage of electronic parts, some of which are produced by fewer than five manufacturers in the world, all of them located in Asia. These shortages are not new, however: in September 2011, Peugeot was forced to shut down some production lines following a disruption in the supply of screws from its main supplier. The tsunami in Japan had also disrupted some value chains. What was new with the Covid-19 pandemic was the realisation that this dependence was a large-scale phenomenon and that it affected all sectors, including the most sensitive ones or those falling under so-called sovereignty industries (defence, finance, agri-food, health and energy).[1] In Europe, political figures and some industrialists are advocating a return to independence and sovereignty. Stefan Wolf, head of a major German automotive supplier, declared in the French national newspaper Le Monde on 4 June 2020 that “the Covid-19 pandemic has created a hiatus; it will lead to a profound reorganisation of the German industry’s subcontracting chains… In the future, it will no longer just be a question of purchasing as cheaply as possible in China. Reorganising subcontracting chains locally and relying more on German or European suppliers is the best solution to get out of the unbalanced dependence we have with certain regions.”

Will this awareness be accompanied by a large-scale reshoring of input production activities to national territories and in particular to European countries, as suggested by this automotive industrialist? The answer is clearly no, for two reasons. The first is that it would lead to an increase in the price of final goods that European consumers would probably not be willing to pay and which would call into question the competitiveness of European products on international markets. This rise in the price of final goods would, in addition, accentuate current inflationary trends. The second reason is that the vulnerability of GVCs is not linked to the system of international fragmentation of production processes, but to the concentration of suppliers in terms of both geographical location and number of producers.

Therefore, the change to be expected in terms of GVCs is that, henceforth, ordering companies may no longer choose their suppliers solely on the basis of the best price, but by taking the risk factor into account. This need to integrate the risk of disruptions in company supply chains has been further reinforced by the war in Ukraine. It is also possible that large companies will be increasingly forced by their shareholders to diversify their suppliers to protect themselves against the risk of producer failure or incidents affecting a particular geographical location. Risk management will become an increasingly important factor in the decisions that will structure the organisation of future international supply chains, especially as the sources of uncertainty and potential risks (environmental, geopolitical, health, financial, technological risks, natural disasters, etc.) continue to grow.

This should result in a greater geographical diversification of suppliers and an increase in their number.

In parallel with these analyses, recent papers (Baldwin and Freeman, 2021; Lafrogne-Joussiere et al., 2022) have shown that strengthening the resilience of GVCs must necessarily involve abandoning the just-in-time method of inventory management. For these economists, it is more the just-in-time organisation of production that should be called into question than the existence of GVCs per se.

Impact of Environmental and Social Concerns on GVCs: Shortening and Transparency

One obvious observation is the need to move towards a more environmentally and socially sustainable and responsible economic model. However, GVCs can run counter to this type of model: on the one hand, the fragmentation and remoteness of production sites between different countries have a high environmental cost, and on the other hand, certain GVCs have become so complex that ordering companies do not have full control over their entire supply chain. General Motors, for example, reported having 856 direct suppliers and over 18,000 indirect ones. The collapse of the Rana Plaza[2] in Bangladesh in 2013 had already highlighted this complexity and lack of control over the chain of producers by multinationals in the textile sector. This system of opacity, which has become widespread, encourages poor environmental and social practices.

We can therefore expect a reshaping of GVCs under dual pressure: that of consumers/citizens who are paying greater attention to compliance with social and environmental standards; and that of regulatory developments, such as the European directive put forth in February 2022 on corporate sustainability due diligence, aimed at preventing human rights and environmental abuses across company value chains, or the proposed carbon tax at Europe’s borders. Regardless of whether the new regulations that emerge at the national, European or international level concern environmental protection, health or human rights, they will all result in the need for much more transparent GVCs.

At the same time, consumer-citizens, particularly in Europe, will increasingly emphasise criteria such as the number of kilometres travelled by product inputs. This consumer pressure and reputational risks are factors that will push companies to change their sources of supply and choose suppliers closer to home. Therefore, GVCs can also be expected to grow shorter.

Another factor that may encourage companies to shorten supply chains is the rising cost of shipping. The price of a container rose from $1471 in May 2020 to $4931 in May 2021 and then to $8955 in May 2022.[3] The steepest increases involve containers from Asia. This phenomenon could be considered merely cyclical, without any consequences for the evolution of GVCs in the medium term. However, the possible introduction of environmental regulations in this sector, the uncompetitive structure of the maritime freight market and the war in Ukraine, which is undermining international freight, suggest that post-Covid transport prices will be higher than before the pandemic, and this for an indefinite period.

New opportunities for VC development between the EU and the Mediterranean Partner Countries?

As the economy recovers, the need to secure GVCs and the need for “corporate social and environmental” accountability of parent companies will require diversification and the shortening of more transparent production chains. Multinationals will no longer choose their suppliers on the basis of a cost minimisation calculation, but by henceforth integrating the risk factor. For certain strategic sectors, it can also be expected that, in the national interest, supplier networks will be built up on the basis of deep and trusting relationships, with a reciprocal responsible commitment on the part of buying and selling companies. With regard to the EU, the Mediterranean Partner Countries could become important suppliers for European companies, since it would be too costly for the competitiveness of European products to relocate the various production segments to Europe. A joint report by the Center for Mediterranean Integration (CMI) and the Euro-Mediterranean Forum of Institutes of Economic Sciences (FEMISE, 2022) identified intermediate goods that are both imported by the EU from developing and emerging countries far from the EU (over 7,000 km from Brussels) and that are likewise already being produced and exported by the MPCs. These intermediate goods offer an immediate opportunity for European companies to diversify and shorten their supply chains by importing them from the MPCs. Such future developments in GVCs could therefore constitute a source of job creation and industrial development for the Mediterranean Partner Countries.

[2] This building housed textile workshops. Its collapse resulted in the death of 1,138 workers.

[3] According to the Global Container Freight Index (https://fbx.freightos.com).