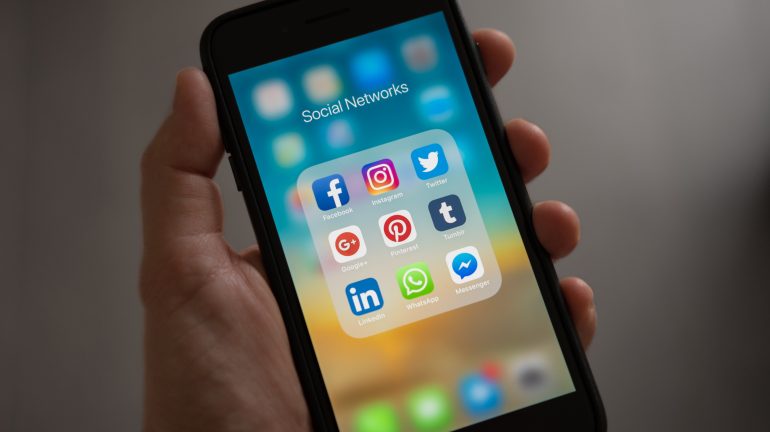 The conflict between Russia and Ukraine has galvanised a strong reaction, particularly from the Western world and the neighbouring European Union (EU), which have employed a range of measures that include comprehensive sanctions on Russia, and an essentially “open border” policy for Ukrainian refugees. This distinct response has not gone unnoticed by the population of the Middle East and North Africa (MENA) region. Particularly, individuals in the Southern Mediterranean have expressed their reactions via social media, most notably Twitter. Altogether, these users have been quick to use the response to the events in Ukraine to point out the unequal treatment that MENA countries have received when it comes to aid provision, humanitarian support, refugee public and foreign policy, and rhetoric. At the core of these tweets, there is a sentiment that resents the application of a double standard by the EU and an accompanying measure of racism. The existence of this sentiment on social media is not a new phenomenon, with previous events and conflicts motivating a similar but limited response in the past. Despite this, leading examples have often avoided attaching the sentiment to a particular actor and have addressed the topic more broadly through contextual examples. These range from commentaries on the multifaceted framing of the Syrian refugee crisis on platforms like Twitter [1], or the difficulties associated with constructing and articulating a transnational Palestinian identity due to the inhospitable real-world and online conditions, [2] to broader issues related to social empowerment and amplification of ideological trends during the Arab Spring [3]. Nevertheless, the blend of actors, measures and topics brought about by the Russian invasion of Ukraine allow for a unique examination of Southern Mediterranean positions specifically on EU policies, which has not conventionally been possible due to a lack of relevant data.

Reception in the Southern Mediterranean

The Russian invasion of Ukraine occurred on 24 February 2022 and brought with it a distinct spike in Twitter activity. Yet, beyond immediate responses to the war, the messages that followed the next weeks were more often directed towards policies of the EU and its Member States. Notably, Twitter users in the Southern Mediterranean do not often distinguish between the EU, Europe, and more broadly the West in their tweets, which can create confusion in terms of attributability and criticism. Nevertheless, the reactionary tweets can be correlated to key dates to distinguish the tone and target of responses. Looking at either figure 1 or figure 2, notable dates that carry increased user activity include: the period between 27 and 28 February, the period between the 1 and 2 March 2022, and 4 March. Each of these dates can be matched with a distinct action or set of actions by the EU, its authority figures, and its Member States.

In the period between 27 and 28 February, the EU and notable figures engaged in a series of significant and publicised measures. These included an address by European Council President Charles Michel where he condemned the Russian invasion and promised international support to the Ukrainian population [4], and an announcement by President of the European Commission, Ursula von der Leyen, that claimed that the EU (for the first time ever) would finance the purchase and delivery of weapons to a besieged Ukraine, while also levying hefty sanctions on both Russia and Belarus [5].

In the subsequent days, the above measures were further increased, leading to the largest spike in Twitter activity since the start of the conflict. Between 1 and 2 March, Commission President von der Leyen announced that the EU would spend €500 million with the goal of supporting humanitarian efforts in Ukraine [6]. There was also the announcement that introduced that the European Council would impose sanctions on several major Russian banks with the aim of barring them from participating in the Society for Worldwide Interbank Financial Telecommunication (SWIFT) system [7]. By 4 March, Twitter activity had somewhat dropped, but a spike could still be noticed. This was likely in response to the European Commission suspending all cross-border cooperation and transnational collaboration with Russia and Belarus [8], and EU Interior Ministers unanimously voting to activate the “Temporary Protection Directive” to ensure the security of Ukrainian refugees [9].

Overall, in matching spikes of Twitter activity to the noted events, Twitter users in the Southern Mediterranean can demonstrably be seen to actively engage with, and comment on, EU actions in the context of the Ukraine crisis. A more compelling aspect of this Twitter activity can be discussed: user attitudes and positions.

At the core of Southern Mediterranean attitudes is a distinct sense of empathy for the Ukrainian population. However, this sentiment is combined with frustration over the inconsistent approach taken by the EU, especially when viewed in light of conflicts in Israel-Palestine, Iraq, Syria, Libya, Yemen, and Afghanistan. When investigating the content of tweets, this sentiment can immediately be seen in the frequency of the words used. As illustrated by Figure 3, “Ukraine” takes a significant lead in frequency, but relevant words such as “EU”, “Syria”, “NATO”, “Palestine”, “Israel”, “refugee”, “hypocrisy”, “racism”, “Libya” and “double standard” are featured prominently in the discourse of users. Table 1 in annex illustrates this frequency numerically.

Notably, these words cannot be viewed in isolation, as their context and tone can say a lot about the position of Twitter users and the nature of their reaction to EU measures. Looking at the top 100 tweets in terms of retweets and likes, a selection of statements can be highlighted. These are displayed in Table 2 in annex.

Although this is a small sample, it does represent the general tone of Tweets posted in reply to major EU measures. Users naturally focus on the topic of “refugees” and commonly make comparisons between the Ukrainian experience and migrants from Syria. To a large degree, this comparison frames the misaligned treatment of refugees as an issue of race, ethnicity, religion, and skin colour. Reports on the rather warm welcome from countries such as Poland, Slovakia, and Hungary are cited and juxtaposed with the inhospitable rhetoric such countries have used in reference to MENA-based refugees in the past. Significantly, although the misaligned treatment has been demonstrated with national examples, the EU remains the overall recipient of criticism, being called “racist” and denounced for its double standards. Although this is often a visceral reaction that is part of a cluster of angry and resentful bandwagons, some tweets have also sought to balance the discussion and objectively illustrate differences in refugee treatment through more recent reports showing the mistreatment of non-Ukrainian refugees, and an interpretation on how the level of EU aid appears to differ in this particular crisis.

The denunciation of EU double standards is also seen in response to the measures taken against Russia (and to a lesser extent Belarus). Users are particularly interested in pointing out the double standard in this case, as it strikes a sore point for many in the Southern Mediterranean, namely, the occupation of Palestine. In this dimension, Twitter users frame their critiques as questions of consequence and justice. Many argue that Israel was not exposed to similar sanctions or consequences following its violation(s) of international law, United Nations Resolutions, and the fundamental human rights of Palestinians. It is important to keep in mind that Twitter users in the Southern Mediterranean are not arguing against the sanctions on Russia (at least not in the context of consequence) but are inquiring why other violators are not subjected to the same treatment by the EU. Altogether, this topic-pattern is not unusual on social media platforms, as the Palestinian struggle for freedom continues to be a relevant and politicised issue in MENA circles. Despite this, users have not limited their questions of consequence to the case of Israel and have also pointed to a lack of overt EU reaction to Russia’s operations in Syria, or the operations of third countries in Iraq, Yemen or Libya. This assumed inconsistency is then interrelated with discourses on racism, subsequently painting the EU as a hypocritical actor despite the good intentions understood to be part of its Ukraine strategy.

A major driver behind this perception, and the amplification of discourses related to racism, double standards and hypocrisy, is sensationalism on behalf of traditional media outlets. As referenced in several Tweets, examples of unfortunate reporting on the flow and character of refugees have inclined many Twitter users to view actions by the EU through a comparative lens rather than a humanitarian one. Although the EU consistently releases statements and announcements through its official channels on what is being done to improve the situation of Ukrainian migrants, Southern Mediterranean users more often focus on inflammatory media stories to lend their criticism a measure of authenticity. The focus switches away from the good being done, to what has not been done or what should have been done elsewhere. In some ways, Twitter users appear to be looking for recognition on the fact that the course of action taken by the EU in this crisis is indeed different which leads to sensationalist narratives towards that end.

Amid this sensationalism, it is important to ask whether the conclusions inferred from the observations of Southern Mediterranean Twitter users are valid and generalisable to the broader population. The relevance of this query lies in the rather common use of bots (automated accounts that tweet about specific narratives) on Twitter. These bots are relatively easy to set up and often difficult to distinguish from genuine accounts at a cursory glance. Nevertheless, by using a machine-learning [10] classifier, Southern Mediterranean users with a large number of likes/retweets can be investigated. Overall, about 32% of the top 100 users have been determined to be bots. Significantly, this is not to say that 32% of all tweets have been published by bots, but more to indicate that a significant proportion of popular tweets are constructed to amplify a trend, be it hypocrisy and double standards on the part of the EU, or the need to empathize with a devastated Ukraine.

What could the EU have done differently

Fundamentally, in looking at the conclusions and analysis presented in this article, it should be recognised that the inferences presented above do not fully represent attitudes and positions in the Southern Mediterranean. Nonetheless, the analysis does aim to depict a dimension of attitudes and positions likely to be seen in the broader population. Taking this aspect into consideration, a natural question would be: what’s next? What can the EU do? Correcting hypocrisy or a character that depicts a double standard is an enormous task, and one that is often impossible after the fact. Despite this, the EU can manoeuvre into a more agreeable position. When looking at the content of the tweets and the broader pattern they create, it can be argued that the criticisms and concerns amplify one another and thus create an uncontrolled reaction. Attitudes are allowed to run wild. The EU, a major player in the critical discourse on refugee treatment, aid provision, and international penalties, is also seemingly made to be a (discursively) silent player. In a sense, by not overtly participating in the discussion, the EU has allowed Twitter users and media outlets to determine its position and stance. When dealing with such a difficult set of issues, it is vital to take part in the burgeoning narrative and to have a voice that can correct third parties, provide context, and reflect on oversights and improvements. Overall, there is no obvious solution to the negative reactions that have crowded the Southern Mediterranean Twitter space, but presence and participation is a start. 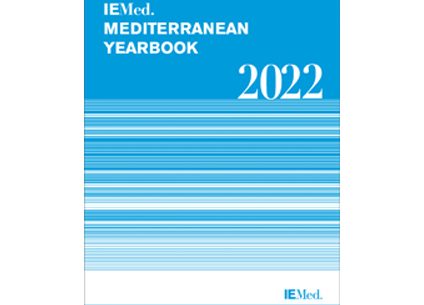 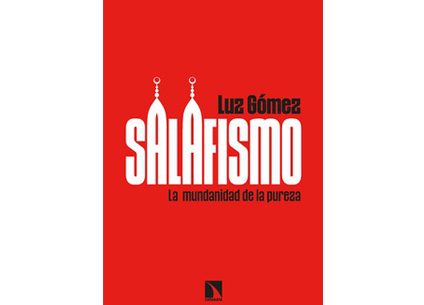 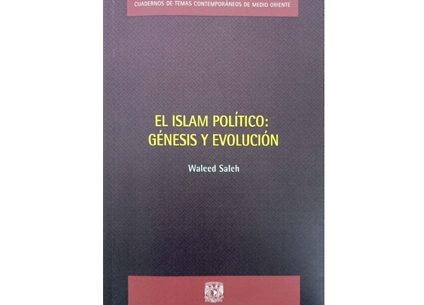