Comparing the War Economies of Syria and Libya 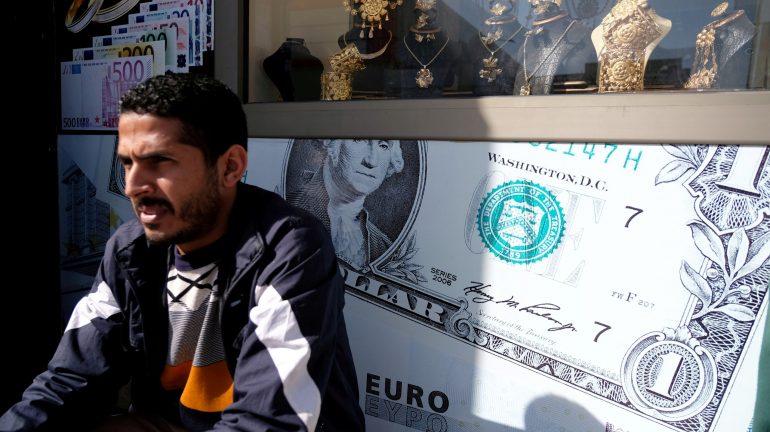 Conflict has had devastating impacts on the populations of Libya and Syria, but it has also provided opportunities for new actors within their burgeoning war economies. In Libya, the removal of the Gaddafi regime, the proliferation of armed groups and the erosion of the state’s coercive capacity have produced an environment conducive for a new set of conflict entrepreneurs and armed actors to build new – or expand upon existing – forms of revenue. In Syria, the collapse of state authority and ongoing civil conflict has similarly led to the creation of new armed groups and a wide range of new economic elites, some aligned with the regime and others with a wide array of opposition groups. Others have generated significant revenues through their ability to deal across frontlines. The rise to prominence of these actors has, in many cases, entrenched negative incentives for the perpetuation of conflict and the disruption of conflict mediation efforts.

Creating an analytical framework for the analysis of war economies is challenging. For the purposes of this article, the practices considered part of war economies are economic activities which are dependent – directly or indirectly – on the dispensation or perpetuation of violence. Despite the differences between the conflicts in Libya and Syria, negative incentive structures created by activities dependent on the dispensation of violence are identifiable within the two contexts. This article examines four principal modalities of the Libyan and Syrian war economies: the extraction of rents and extortion; the direct sale of goods; access to or predation upon state revenues; and the patronage of external actors. In each case the article seeks to illustrate how violence – and state weakness – underpins them.

Such an analysis raises important questions for the future governance arrangements of the state that are often ignored by analyses that focus on internationally-mediated elite level political processes and associated discussions on post-settlement reconstruction.

War economy dynamics are to a large extent dependent on state weakness. Yet, perceptions of the desirability of the reassertion of state authority have different connotations in the states in question. The reassertion of state authority in Syria appears inextricably linked with the reconsolidation of power of the Assad regime, while in Libya hopes remain that a mediated settlement could lead to a more inclusive system of governance. Yet, in both cases, it is likely that the trends perceptible in the war economies will remain present in any post-settlement phase.

Rents and Goods to Trade

Control of territory and economic infrastructure is a powerful tool of revenue generation in Libya and Syria. In the absence of state enforcement, powerful protection markets have emerged in which armed groups instrumentalise violence. In Syria, the checkpoint between besieged rebelheld Eastern Ghouta and regime-held territory around it was long called “The Million Checkpoint” because of the amount of profit that could be generated from the informal taxation of goods passing through. In 2015, the system of payoffs [1] made sugar 24 times as expensive in Eastern Ghouta as in Damascus, and this of course was dependent on the maintenance of hostilities between forces in the Eastern Ghouta and those that encircled the area.

In Libya, oil blockades secured by armed forces have been used as a powerful tool to extort the state. The blockade in the oil crescent from 2013-6 led by Ibrahim Jadran is reported to have cost the state coffers over $100bn, and netted Jadhran a payment of over $40m from the UNbacked government. The blockade was not ended by the payment but rather when his forces were ousted from the area.

Direct sales of goods also generate significant revenues. Much has been made of the so-called Islamic State’s control of oil fields and the income it generated from them. But it was local tribes not Islamic State that extracted and refined the oil. Islamic State taxed that production. In its heyday of 2015, one study [2] estimated that IS was making $2-3 million a day from oil smuggling, around a quarter of which was distributed by tribal leaders to their followers. A reassertion of state control over these assets would thus, at the very least, reduce these opportunities.

In Libya, the absence of state enforcement has led to open competition within Libya’s smuggling sector and, as a result of the rapid proliferation of weapons, smugglers have become increasingly reliant on armed groups. In turn, these armed groups have become more directly involved in smuggling activity. Thus, a strong state with a strong security sector presents a significant threat to such actors. Fuel smuggling has become a highly lucrative revenue source for smugglers who use fraudulent paperwork to access refined petrol at a highly subsidised rate and either smuggle it out of the country or sell it locally on the black market rate (which is much higher than the official rate). Despite its knowledge of the extent of fuel smuggling, the state has been able to do little in practice to stop it. Similarly, significant international attention has been paid to the growth of human smuggling in Libya: in 2010 around 15,000 migrants and refugees disembarked Libyan shores to reach Europe. By 2016, that number had increased to over 162,000, making human smuggling a lucrative source of income.

Libyan state revenues are overwhelmingly reliant on income from oil and gas. Despite Libya’s fragmented and hyper-local politics, these revenues are distributed nationally. Thus, the greatest opportunity for predation is at the centre. The weakness of the UN-backed government in Tripoli has allowed a fertile environment for the plunder of state revenues by corrupt officials and armed groups. One of the principal schemes used has been the fraudulent use of letters of credit for the import of goods to the country, which have been extracted through intimidation, extortion and co-option. All too often, no goods are actually procured and the money from the letters of credit is simply stolen. In addition, the state’s lack of control over the economy and the weakness of the banking sector – undermined by the interference of armed groups – have empowered an increasingly powerful black market, which is now the basis of most day-to-day economic activity.

The situation in Syria is different. While the regime does have access to the state coffers, it faces a resource shortage. As Samer Abboud has illustrated [3], the regime’s attempts to navigate EU sanctions have led it to empower a new cohort of businessmen, with whom its interests are closely aligned. These individuals have strong incentives to act against the return of businessmen who left Syria at the outset of conflict as they will threaten their position, and indeed there have already been instances where new elites have sought to deter the return of pre-conflict elites.

The lack of resources has also forced the Syrian regime to sub-contract roles and responsibilities formerly assigned to the state. As Tobias Schneider has noted [4], the Tiger Forces and the Desert Hawks – two leading regime-aligned forces – are funded by wealthy individuals rather than the state. The Tiger Forces are funded by Rami Makhlouf (Assad’s maternal cousin) and contain a significant number of former smugglers and criminal elements that were recruited for operations in Hama. The Desert Hawks, meanwhile, were founded by Mohamed and Ayman Jaber, who had originally made their fortune from oil smuggling to Iraq as part of oil for food in the 1990s. Despite pledging allegiance to Assad, both the Tiger Forces and the Desert Hawks have continued to run their own smuggling operations and practice considerable autonomy.

Finally, external patronage of course continues to play a direct and major role in the perpetuation of conflict in Libya and Syria. The course of Syria’s conflict has been defined by the greater level of support provided by Assad’s backers when compared with the support provided to his opponents. The reduction in, and eventual withdrawal of, military support to the armed opposition in 2017 doomed its military prospects, while the regime remains reliant upon Iranian and Russian military and economic support to stay afloat. Similarly, foreign intervention in Libya determined the course of the 2011 revolution. And foreign intervention continues. In 2017, the UN Panel of Experts laid out in detail the extent of UAE support for the development of the Field Marshall Khalifa Haftar-aligned Libyan National Army air force. International support has enabled Haftar to strengthen his position in Eastern Libya and refuse to meaningfully engage international mediation efforts. In both Libya and Syria, then, the position of armed groups to project force is the determining factor behind the support that they receive from external actors.

Despite the differences between the Libyan and Syrian conflicts, the contexts share many commonalities. Each contains powerful individuals and groups who benefit from the status quo, some directly involved in conflict, and others who simply profit from it. Attempts in Libya to counter this war economy have sought to incorporate armed groups within state institutions. Yet, the absence of a state monopoly on force and the legislative chaos that surrounds rival assemblies has meant that these state institutions have little, if any, command and control over the armed groups. This has too often meant that the armed groups not only collect income from the state but also through the modalities set out above.

The rise of war economy elites in Libya and Syria will have important implications for the future. Critically, war economy elites remain outside of internationally-mediated peace efforts but their interests are increasingly powerful, and must be addressed in a political settlement. Steven Heydemann [5] notes that “whether civil war ends in a negotiated settlement or military victory, local actors have few incentives to give up wartime economic orders.” Such a conclusion merits attention when examining the policy debate around the extent to which the international community should support reconstruction efforts in Syria. Kheder Kheddour6 concludes that the Assad regime views the process of reconstruction as a means of reconstructing the pre- 2011 system through the channelling of funding through new, loyal intermediaries and the empowerment of new business figures. It is thus not a tool of national reconciliation and the foundation of a new, more inclusive political order as envisaged by much international discourse on post-conflict reconstruction. Yet, while the Assad regime has more command and control over its subcontractors than the UN-backed Government of National Accord in Tripoli, it too lacks the coercive capacity to enforce its will over them. These actors have their own interests that will have to be reckoned with in any attempts to rebuild the state and establish a lasting post-war order.

[3] ABBOUD, SAMER. “The Economics of War and Peace in Syria”, Report Arab Politics Beyond The Uprisings, The Century Foundation, 01/31/2017, https://tcf.org/content/report/economics-war-peace-syria/ 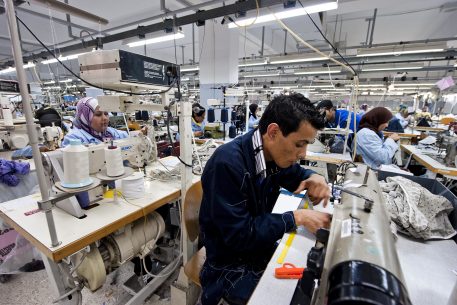 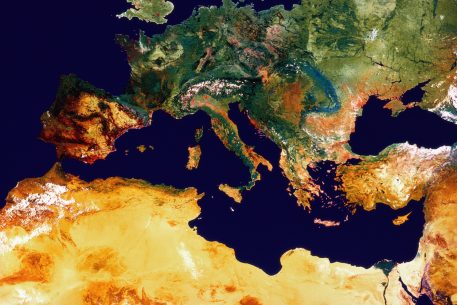 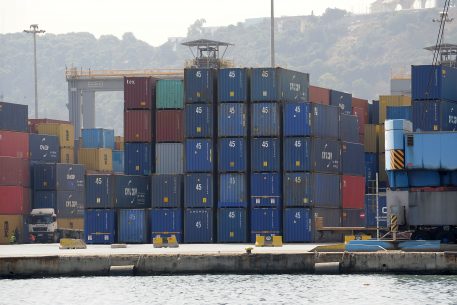