The project of creating a Euro-Mediterranean Bank is regularly mentioned on the agenda of the ECOFIN Ministerial Meeting and its importance has been accentuated in terms of its necessary role in boosting the partnership of the Mediterranean shores along with ways of facilitating financing procedures of small and medium sized enterprises’ development projects in southern Mediterranean countries.

To understand how the establishment of a Euro-Mediterranean Bank could contribute to the effectiveness of investment financing in the region, it is imperative to identify the issues and the realities of the region.

Primarily, access to funds by the SME sector is one of the key issues in developing the region. The private sector is, in fact, mostly made up of small and medium sized enterprises (SMEs) and EU research shows that over 90% of the EuroMed Private Sector is made up of SMEs. The economic situation is mixed. There are huge challenges ahead in terms of social needs, job creation and governance issues. The industrial fabric is still weak and dominated by a few sectors and gigantic projects. There is an unbalanced and poorly integrated industrial system. Except for energy, petrochemicals, minerals, agro-business, real estate, tourism and some new sectors, industry is lacking depth. Three to five million jobs need to be created every year in the region (in order to maintain current unemployment levels) and this must result from development of SMEs.

The recipe for more enterprise creation and development is well known: it starts with culture and instilling passion for entrepreneurship and industry; it continues with a favourable environment – education, company facilities, coaching, mentoring networking, provision of a good infrastructure, efficient regulations – primarily removing bureaucracy, lack of transparency and political interferences. And, of course, there are financing requirements and this is where banks and the much talked about Euro-Mediterranean Development Bank come in.

Financing is perceived as one of the main obstacles for the development of small and medium sized enterprises in the region. Banks are reluctant to lend and start-ups are particularly unattractive for a very conservative banking industry. The salient factors are listed below:

– Except in a few countries, within the region there are problems in land registration or movable assets registration, thus hindering enterprises from mobilising collateral.

– Credit information is also generally poor and the development of credit bureaus is a priority.

– Few enterprises in the region as a whole provide the right documentation, (whether it is financial accounts, registered contracts, management or technical reporting) and therefore many are not able to generate confidence from banks.

– Smaller enterprises tend to confuse their personal and company interests, and records kept are rough estimates. Therefore, there is a substantial need for grassroots education.

– Many have weak capitalisation (equity) and minimise investments or use over-depreciated equipment. They are often reluctant to lose control by opening their capital. They also prefer recurrent production, limited innovation and risk, and secured approaches.

– “New enterprise”, from which most of the new wealth and job creation is expected, often operates in novel sectors such as services and ICT (the “knowledge economy”). In these activities, most of the assets are immaterial and therefore these companies are lacking collateral and securities (buildings, equipment).

– The upgrading of existing instruments and arrangements

– The creation of a completely new financial institution

– The creation of an EIB subsidiary for the Mediterranean

The first two options were discarded whereas the Commission viewed the option of creating an EIB subsidiary devoted to the Mediterranean region as the most determined and practical. The Spanish Presidency and the southern states (France, Italy and Portugal) also supported the establishment of such a subsidiary but the other member states (mainly Germany, the Netherlands and the UK) preferred the creation of a new EIB Mediterranean Facility as the establishment of a subsidiary would entail a further increase in their contributions to the region. The ECOFIN Council of 14 March 2002 supported the option of creating an EIB Facility, further confirmed by the Barcelona European Council on 15-16 March 2002. As a result, a Euro-Mediterranean Reinforced Investment Facility (FEMIP) was established within the EIB, as a Fund devoted to financing projects in the Mediterranean region.

The creation of FEMIP in October 2002 reflected the political will of the EU member states and the Mediterranean partner countries to give a new impetus to their economic and financial cooperation; not only by increasing the volume of lending and introducing pioneering financial products but also by stepping up collaboration between the two shores of the Mediterranean.

Recently, the Euro-Mediterranean Parliamentary Assembly (EMPA) has recommended the follow up of the transformation of the FEMIP into a Euro-Mediterranean Development Bank. As detailed, the terms of reference of this discussion have already been set out: only the option of establishing an EIB subsidiary could be analysed, as other possibilities such as the setting up of a completely new Mediterranean Bank will not be taken into consideration.

There are many advantages to the “transformation”, namely the fact that the EIB charges lower interest rates than other banks since it can obtain funds in the capital market at competitive rates. From a practical point of view, establishing the new Mediterranean Bank as an EIB subsidiary would save time and resources and would take advantage of the EIB expertise in the region. However, it is imperative to keep in mind that only EU member states are members of the EIB. Therefore, although this would positively preserve the European character of the institution and ensure its close links with EU policy in the region, it may inevitably undermine the incentive for other countries to contribute.

The opportunity of a Euro-Mediterranean Development Bank could allow the non-EU members to be further involved in the management and decision-making of the subsidiary, thus providing more co-ownership and contributing to forging a common banking and financing culture. Therefore, it could therefore have more leverage, with the Bank acting as a financial catalyst. The set up could follow the example of the European Bank for Reconstruction and Development, established in 1991 when communism was crumbling in central and eastern Europe and ex-soviet countries needed support to nurture a new private sector in a democratic environment. Today, the EBRD uses the tools of investment to help build market economies and democracies in countries from central Europe to central Asia.

Moreover, the Bank could possibly act as an authority to implement other solutions needed in the region, such as a Code of Conduct as proposed in the Euromed Report 2006 (Access to Finance for SMEs of the Middle East-North Africa Region). This would contribute to building on the trust between client and commercial banks and define behaviours and practices regarding the relationship between banks and enterprises, in particular by promoting better quality information. One other challenge that may be administered is credit information services, a basic necessity for bankers. Unfortunately, within the region, access to such information is not easily accessible and there is a clear-cut need to develop such a service.

A future Euro-Mediterranean Development Bank would work to exclusively target Mediterranean countries and would support the private sector providing focus and visibility and the necessary impetus to SMEs in the region. It would send a strong signal to investors, boosting confidence in the development of the region. Such an important structure will be vital for the enhancement of economic expansion in the Mediterranean area. It would invest primarily in private sector clients whose needs cannot be fully met by the market, and promote entrepreneurship and foster transition towards open and democratic market economies. A Bank would also entail more visibility, and it could possibly encourage other parties to participate and be involved in decision-making processes concerning development strategies. 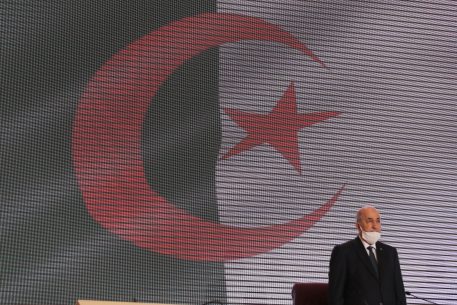 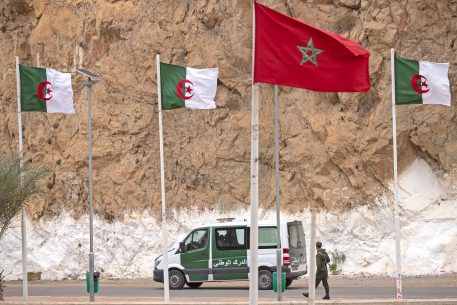 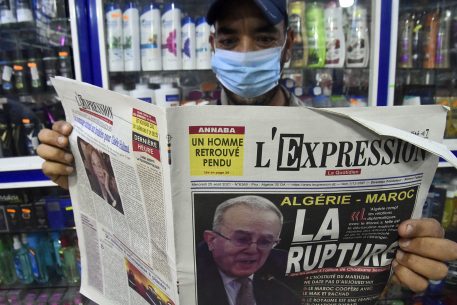