MAGIC – Muslim women and communities Against Gender Islamophobia in soCiety

MAGIC aims to prevent gender Islamophobia in Spain and in Belgium, in particular in media outlets, by equipping Muslims communities´ leaders and Muslim women, CSOs working on diversity and students of journalism as important multipliers in Spain and Belgium with skills and tools necessary to recognize and stand against stereotypes against Muslim women in public narratives; and, by enhancing knowledge, dialogue and mutual cooperation among those groups and media practitioners.

In order to achieve those objectives, MAGIC foresees a comprehensive set of activities, including trainings, awareness raising campaigns, as well as dialogue, dissemination and outreach activities. These actions, with a significant amplification effect, will equip target groups with skills to recognize and effectively address anti-Muslim gender stereotypes in Spanish and Belgian contexts and tools that can be replicated and applied in a permanent way beyond the completion of the project.

A number of joint activities and continuous exchanges between the target groups will ultimately lead to a creation of MAGIC – A Coalition of Muslim women and communities Against Gender Islamophobia in soCiety, which will play a crucial role in disseminating project´s results in the long run, preventing, reporting, acting against & raising awareness of gender Islamophobia in public narratives and in promoting inclusiveness of Muslim voices in the media beyond the geographical and time scope of the project.

This project has received funding from the European Union’s Rights, Equality and Citizenship programme under grant agreement No. 963678. 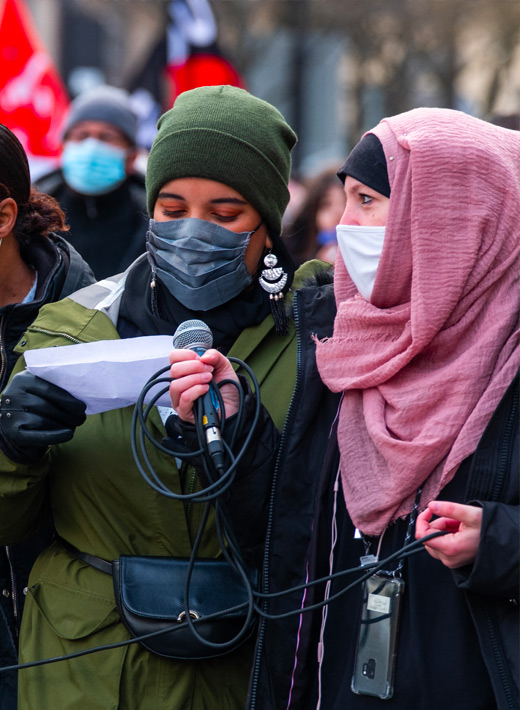