The Consequences of the War in Ukraine. Energy and Geostrategy 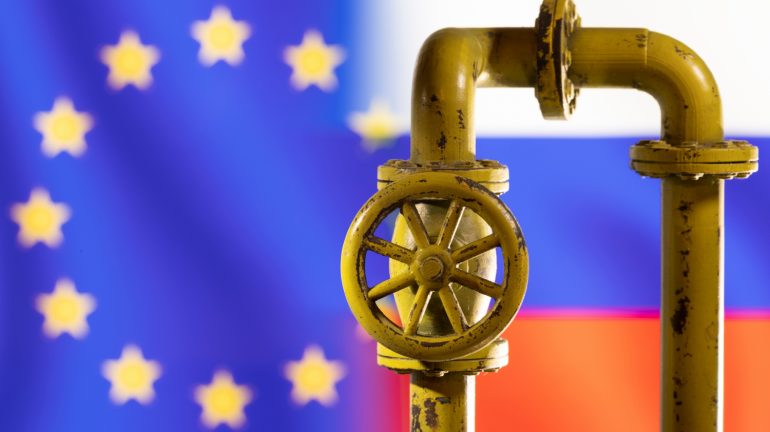 A model of the natural gas pipeline is seen in front of displayed word EU and Russia flag colours in this illustration taken March 8, 2022. REUTERS/Dado Ruvic/Illustration

The war in Ukraine has had repercussions throughout the world, in geopolitical, military and socio-economic terms. The conflict has caused great convulsions not only in its immediate European neighbourhood, but also in more distant regions such as the Middle East and North Africa, with destabilizing effects to say the least.

At the geopolitical level, the war in Ukraine calls into question many of the alliances forged by some countries in the region with Russia in the last decade and currently places them in an uncomfortable situation. Its positioning illustrates alliances games, so that the possible support or growing distance from the invasion by some countries places them in a compromised way in one or another strategic bloc with respect to the Western sphere and the EU in particular. It is also likely that the economic, military and even moral weakening of Russia will lead to strategic realignments in the region in the short and medium term.

In the socio-economic field, the repercussions of the war are even more immediate and significant, both for the EU and for its Southern neighbours. The war reconfiguration of energy relations and its consequences for energy supply and price inflation after two years of the pandemic foresee unparalleled destabilizing effects. Human security is also at stake in southern Mediterranean countries, where rising wheat prices raise fears of a return of social unrest and even waves of migration to Europe. Added to this is the immediate humanitarian emergency and the reception of millions of Ukrainian refugees, especially by Eastern European countries, where reception systems are under pressure and are on the verge of collapse.

This conference aims to discuss all these issues from a transversal and dynamic level that helps to better understand the adverse effects of the war in the Euro-Mediterranean panorama. To this end, various experts in international relations from both shores of the Mediterranean region will debate the various economic, social, political, energy and security consequences that could arise from the Russian invasion of Ukraine, which represents one of the most serious humanitarian and security crises in Europe since the Second World War.