Sixteenth-century Geopolitics. Spanish Lombardy and Northern Italy between Europe and the Mediterranean 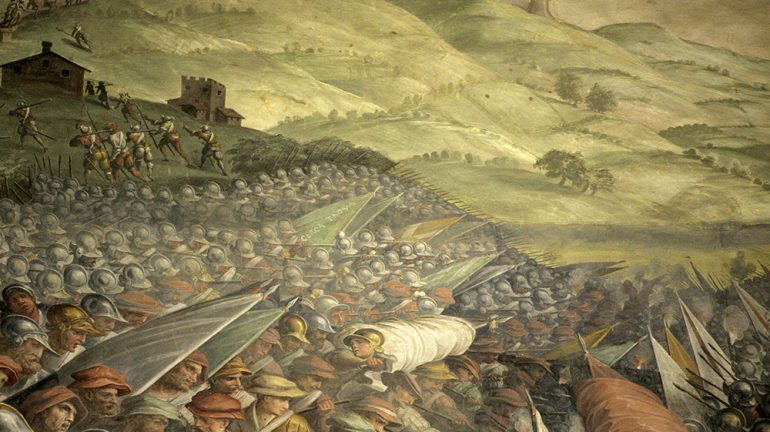 A detail of 16th-century artist Giorgio Vasari’s painting ‘Battle of Marciano in the Chiana Valley’ which hangs in Palazzo Vecchio in Florence. January 25, 2007. REUTERS/Handout

For most of the sixteenth century, Spanish monarchs directly ruled a large and diverse part of the Italian peninsula: an inland region such as Lombardy, two major islands (Sicily and Sardinia), a peninsular “amphibious” territory such as the Kingdom of Naples, and the small but strategically important coastal area known as the Stato dei Presidi in Tuscany. Moreover, Spain exerted a profound influence on a number of independent Italian states, thus controlling the majority of the peninsula in one way or another. Given all this, the Lombard case study can shed light on the Grand Strategy of the Spanish Empire (a typical example of early modern “composite states separated from each other by other states, or by the sea,” according to John H. Elliott’s definition) and more broadly provide fascinating insights into key general questions concerning strategy and geopolitics.

Mario Rizzo, professor at the Department of Humanistic Studies at the Università degli Studi di Pavia, explains the strategy that the Spanish empire used to dominate Lombardy, one of the Italian regions under its control in the 16th century, and frames it in the political, socio-economic and military processes underway at the time in Europe and the Mediterranean. Moderated by Xavier Gil Pujol, professor of Modern History (UB). In collaboration with the Master of History and Identities of the Western Mediterranean, XV-XIX centuries (UB / UA / UV / Universidad Jaume I). 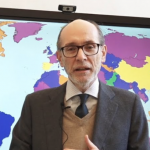