Inauguration of the Exhibition “Travel in the Middle Ages” 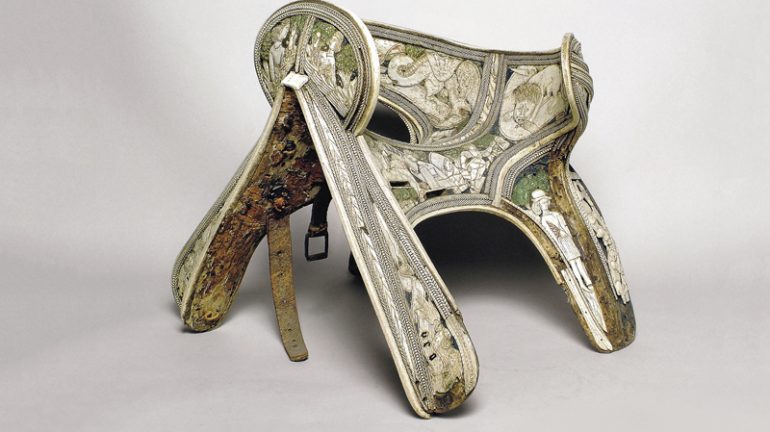 After passing through the Musée de Cluny in Paris and the Museo del Bargello in Florence, “Traveling to the Middle Ages” can be seen at the MEV.

The Episcopal Museum of Vic proposes, until February 14, a space / time trip to show the visitor what mobility was like in the medieval world and how the concept of travel has evolved, now that tourism is one of the main economic sectors in the world. The exhibition “Traveling in the Middle Ages” makes visible a theme that has been studied by specialists but difficult to visualize due to the few traces it has left. “Traveling to the Middle Ages” is close to real and imaginary medieval journeys and brings together a hundred objects from a dozen Catalan museums and the rest of Europe, some of which accompanied travelers traveling the world with very different motivations. The merchant, the pilgrim, the nobleman or the artist are some of the profiles of medieval travelers that are reflected in the exhibition.

The exhibition “Traveling to the Middle Ages” approaches pedagogically and emotionally the journey of the Middle Ages and does so with a series of material and graphic testimonies that help to reconstruct and understand how the concept of travel has changed.

This ambitious MEV production, made in conjunction with the Musée de Cluny-Musée National du Moyen Âge (France), the Museo Nazionale del Bargello in Florence (Italy) and the Museum Schnütgen in Cologne (Germany), is the result of a project by the Red European Museum of Medieval Art and shows how with much more limited material means than today, medieval society was not as sedentary as it might seem today.The production of the MEV is carried out with the sponsorship of the European Institute of the Mediterranean and the Diputació de Barcelona and the support of Bon Preu Esclat and the Associació Cercle del MEV.