From the Mudawana to the New Tunisian Constitution

In 2004, Morocco revised the Mudawana or Code of Personal Status. This legislation on the family in Morocco incorporated significant improvements to women’s rights. Ten years later and weeks after Tunisia approved the most advanced constitution of the Arab countries, the IEMed analyzes the situation of gender equality in the Maghreb.

This round table with members of the Fondation des Femmes de l’Euroméditerranée takes stock of the degree of application of this legislation and the social changes in terms of gender that the Maghreb country has experienced over the last decade.

Regarding the situation in Morocco, Fouzia Assouli, president of the Fédération de la Ligue Démocratique des Femmes (Casablanca), points out that the new Constitution approved in a referendum in the country in 2011, as well as the reform of the Mudawana, are appreciable progress. but calls for more state policies and campaigns to guarantee women’s rights in the country.

For her part, Soukeina Bouraoui, director of the Center for Arab Women for Training and Research (Tunis) warns that in Tunisia there is a risk that women and young people, protagonists of the 2011 revolution, will be little involved in the electoral processes that they lead to the formation of governments and therefore to the direction of the political transition in the country.

The event is also attended by Esther Fouchier, President of the Forum Femmes Méditerranée (Marseille), Maria-Àngels Roque, Director of Culture and Civil Society at the IEMed, and Mohammed Chaib, President of the Ibn Batuta Foundation. 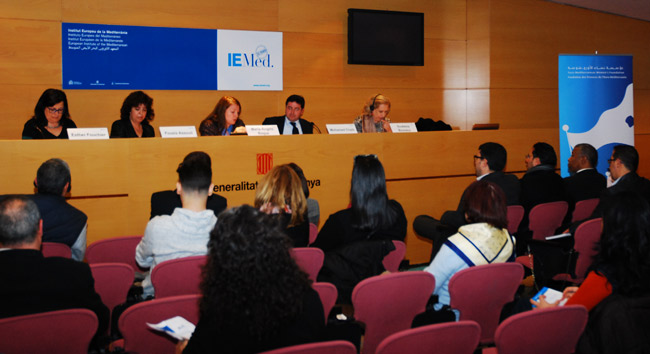