Decolonising the City through Poetry and Translation 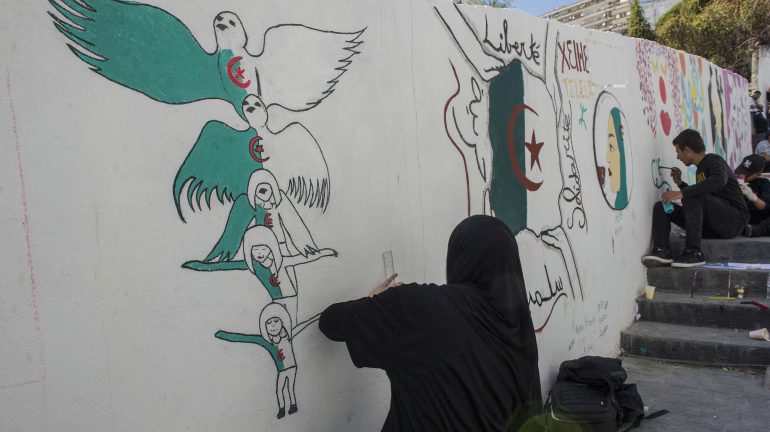 Lamis Saidi, the speaker of this conference, just published her fourth collection of poetry inspired by Anna Gréki, an Algerian poet of European descendence who wrote in the turbulent times of Algerian de-colonization. In her latest work, entitled “Like a dwarf inching toward legend“, she takes the city of Algiers as a protagonist, in an attempt to depict the process of “reverse settlement” that took place after the independence. Algerians ended up recovering their own city, by adjusting the colonial architecture to their own culture and way of life. This collection also brings to light questions such as: “How do Algerians name what happened in the 90s?” “Terrorism?” “A civil war?” “An internal war?” “How do they name their streets and neighborhoods?” “And how do they name their capital?” “Alger?” “Dzair?” “El Assima?”

This conference attempts to understand how linguistic dynamics and complexity, as well as the evolution of poetic writing, modernism and the dynamics of translation, represent keys for analyzing cultural, social and political realities in Algeria through the writings of two Algerian women poets separated by 60 years.

Lamis Saidi is an Algerian poet and translator. In 2004, she graduated as a computer science engineer from the University of Sciences and Technology in Algiers. Saidi has published four poetry books and has participated in many literary festivals such as Writers Unlimited (in the Hague 2008/South Africa 2010), Transmediale (Berlin 2009), Voix Vives (France 2011/ Spain 2014), Small literatures (Croatia 2018). She has also worked as organizer and chair of spaces for cultural debates, in the National Algerian Library and the National Algerian Theater in Algiers. She has translated many poets such as: Anna Gréki, Yamina Mechakra, Rabah Belamri, Youcef Sebti, Henri Michaux, Pier Paolo Pasolini and Emily Dickinson. Also, she has been working for more than two years on the translation (from French into Arabic) of the work of Algerian poets who wrote between the 50s and the 90s of the last centuries, an ambitious project whose aim is to redefine part of the Algerian modern literature history.

Conference moderated by Mònica Rius Piniés, Professor of the Master’s and Researcher at ADHUC-Research Center for Theory, Gender, Sexuality, UB. Co-organised by the IEMed as part of the Aula Mediterrània 2022-23 programme in collaboration with the Master’s in Construction and Representation of Cultural Identities, UB.

This conference takes place at the IEMed conference room, Girona, 20 – Barcelona and it can also be followed on IEMed Youtube Channel. Language: Arabic (translation services provided) 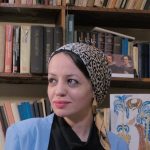 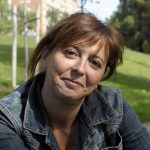