Algeria: Unknown Transformation Processes in North Africa between Domestic Demands and Regional Instability in the Sahara and the Sahel

Algeria continues to raise numerous unknowns. Algiers currently seems to maintain a better capacity to control political, economic and social protest movements in the midst of a highly volatile regional context: political change in the rest of the Maghreb continues to raise the possibility of a contagion effect that adds to the growing instability in the Sahel, the culmination of which is the double crisis in Mali, which in 2012 suffered a coup parallel to the self-proclamation of independence of the Azawad, initiated by the Amazigh separatists and kidnapped finally by Islamic extremist groups with close ties to al-Qaeda. Power gaps, security shortages and the crisis of governance that the region still suffers from have contributed to reviving terrorist activity in the Sahara and the Sahel by posing a serious challenge to the active counter-terrorism fight led by Algeria in the region. . In short, an unfavorable environment not only for a scenario of political immobility, but also to undertake a supervised transition process in the Moroccan style that avoids the drama of a popular revolution.

Algerian journalist Said Djaafer explains the reasons why his country has not experienced the political changes that have taken place in neighboring countries such as Tunisia, Libya, Morocco and Egypt. 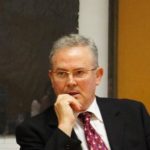